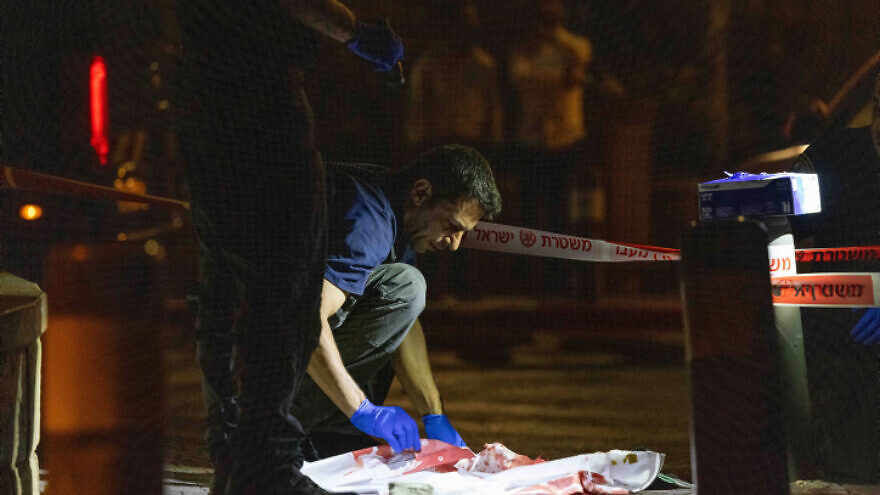 (August 14, 2022 / JNS) The terrorist who early on Sunday morning wounded eight people in a shooting attack near Jerusalem’s Old City has turned himself into police, ending an hours-long manhunt, according to the Israel Police. The weapon used in the attack was also recovered, police said in a statement.

The suspect, a resident of eastern Jerusalem, fired at a bus and passersby on Ma’aleh Shalom Street, which runs just outside the Old City, bordering the eastern Jerusalem neighborhood of Silwan, according to police.

The suspect had a criminal record and acted alone, according to a statement from the Israeli Prime Minister’s Office.

Magen David Adom paramedics and EMTs treated the wounded on the scene and evacuated them to the hospital, two in serious condition, according to MDA.

The suspect took a taxi to a police station in the western part of the city, where he turned himself in, according to Channel 12. 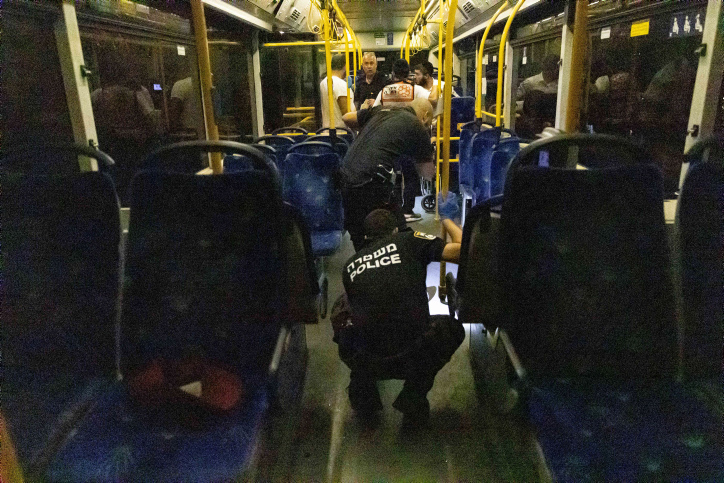 Israeli security forces at the scene of a shooting attack near Jerusalem’s Old City, Aug. 14, 2022. Photo by Yonatan Sindel/Flash90.

Israeli Prime Minister Yair Lapid addressed the incident during Sunday morning’s Security Cabinet meeting, stating: “There is one conclusion from this incident, as from previous incidents: Whoever harms Israeli citizens has nowhere to hide. We will pursue them, find them wherever they are, and deal with them to the fullest extent of the law.”

The city was moving ahead with preparations for upcoming holiday events, said Lapid.

“Jerusalem is vibrant and full of tourists and we will continue to keep it safe. While the Jerusalem District will be significantly reinforced as of tonight in order to prevent copycat attacks, I would like to emphasize: Jerusalem, the capital of Israel, is safe, strong and open to tourists and residents alike.

On behalf of all of us, the entire Cabinet, I send best wishes for a speedy recovery to the wounded; the entire State of Israel prays for their wellbeing and wishes them a complete recovery.”

Editor’s Note: This report initially stated that there were seven people wounded in the attack.