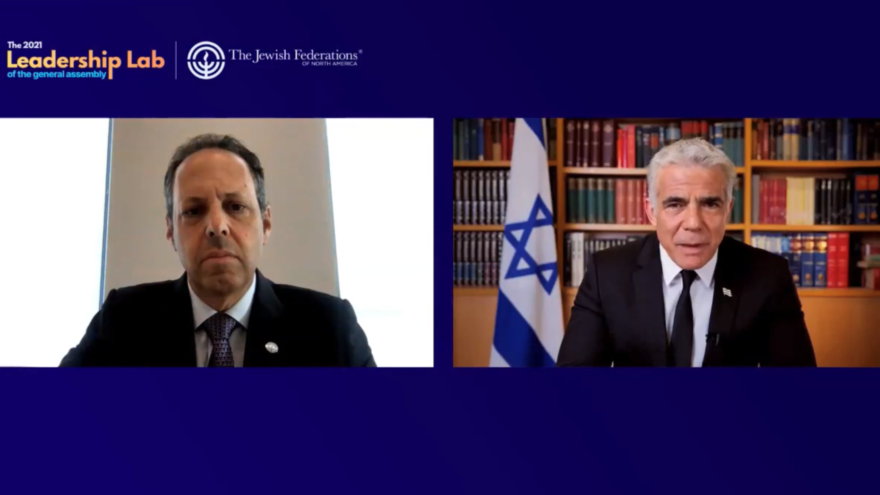 “I was a bit shocked to hear … senior officials from the former government discussing other communities within the United States as the main relations of the Israeli government,” said Lapid. “This cannot happen. I mean, the most important relation we have is with the American Jewry—because it is us.”

Lapid was referring to a statement by former Israeli Ambassador to the United States Ron Dermer, who during an interview in May said Israel should focus more of its outreach to its biggest supporters in the United States—namely, the Christian evangelical community.

The foreign minister also noted a number of issues important to Jews living internationally, particularly in North America, that were neglected by Netanyahu’s government that his administration is now working on, despite the diversity of opinions found in the current coalition.

Two specific issues causing tension between Israel and Diaspora Jewry, mentioned by Wilf and Lapid, are current inaction on the Kotel Agreement to expand egalitarian prayer sections at the Western Wall in Jerusalem and a conversion bill being worked on in the Knesset.

“It might take some time in a very complicated coalition, but … I’m totally on this almost on a daily basis, making sure this is happening, and we’re going to work on this. Not only as a token for goodwill towards our brothers and sisters across the ocean, but also because I think it is important for Israel to be this kind of tolerant and welcoming country to our friends and family,” said Lapid.

Lapid is slated to be in the United States from Oct. 12 to Oct. 14, when he plans to meet with U.S. Secretary of State Antony Blinken.