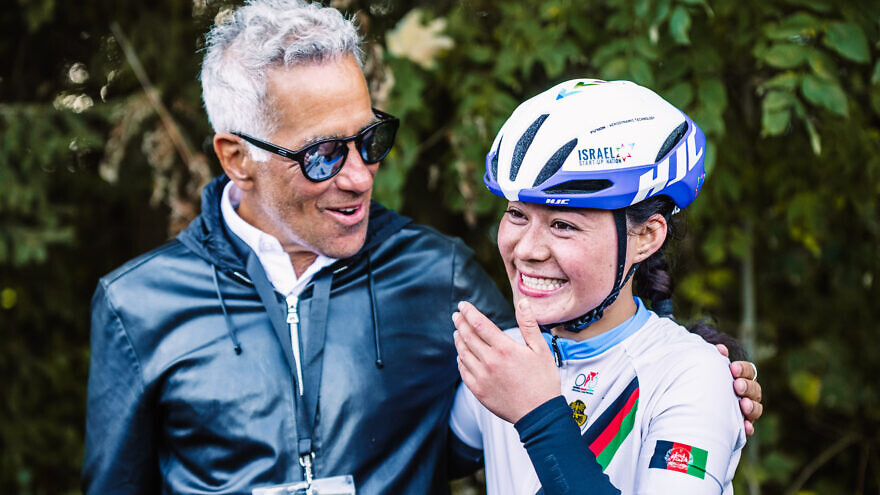 On Thursday night, TIME Magazine announced it will host the TIME100 Gala and Impact Awards in Jerusalem in May 2023. The event is to be conducted in partnership with Adams, the Israeli-Canadian philanthropist, who was present for the announcement during TIME’s Person of the Year celebration in New York City.

“I do a lot of events, trying to showcase Israel to the rest of the world- the real Israel, the normal Israel, the virtuous and safe Israel that I moved to,” Adams told JNS. “I make a lot of interesting contacts, and we ended up meeting the people from TIME. They were intrigued by Israel. It’s the startup nation and everybody wants to know about our story and understand what it is in the DNA of the Jewish people that leads us to do so much so far beyond our numbers.”

The TIME100 Impact Awards are a relatively new program. Two events were held this year in Dubai and Singapore, respectively. The awards recognize eight local, regional and international winners who are using their influence to build a better future around the world. Among the winners this year were musician and entrepreneur will.i.am, along with the so-called queen of Bollywood, Deepika Padukone, and Sarah Al Amiri, the chair of the United Arab Emirates space program, who helped lead Emiratis on a mission to Mars.

“This is addressing another kind of audience and showing off the beauty of our country, our people and the contributions to the world that tiny Israel makes, whether it’s tech, health care, agriculture technology, water desalination. you name it,” said Adams. “And TIME, an iconic publication, is eager to cover this. Their readers- literally hundreds of millions of people- will be exposed to Israel and our virtues.”

Thursday’s announcement came during a celebration that included a recorded address from TIME’s Person of the Year, Ukrainian President Volodymyr Zelensky. A screening of a video outlining the vision for the Jerusalem event was presented to those in attendance at the invite-only gala.

The Impact Awards are set to be a star-studded affair in Jerusalem, and Adams expects the event will have a distinct Middle East flavor.

“The way Time100 works is there will be people selected in a variety of fields from the wider world, and then others that will be selected from the (Middle East) region. They go through a very rigorous process,” Adams said. “I’m sure that the candidates that they come up with will be very interesting, and it draws a lot of attention to the host of this great event, Jerusalem.”

TIME has sent initial delegations to Israel in recent months, and in the coming days, the TIME editorial committee will begin the process of choosing the local and international winners for the Israeli event, the latest in a series of headlining affairs Adams has brought to the Jewish state.

Adams, a Canadian-born businessman who moved to Tel Aviv in 2015, has sponsored the construction of a groundbreaking children’s hospital in Holon, along with a project to supply laptops to every special education teacher in Israel, and a scholarship program for young, promising artists, along with a number of other philanthropic projects.

JNS asked Adams whether other events were in the works, but he demurred, saying he “tends not to like to talk about these things. We’re working on so many different projects at the same time. And many of them come to fruition, but some don’t work out. So, I prefer to mention them when we close the deal. All I can tell you is stay tuned.”