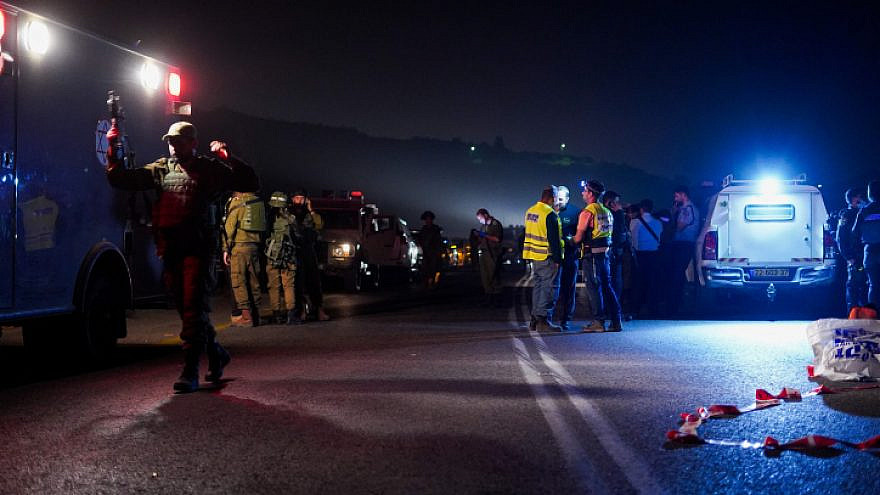 Israeli security forces inspect the scene of a shooting in the Samaria region, May 12, 2021. Photo by Hillel Maeir/Flash90.
Spread the word.
Help JNS grow!
Share now:

(May 13, 2021 / JNS) Two Israeli soldiers were wounded in a terrorist attack near Yitzhar in Samaria on Wednesday night, according to a statement from the Israel Defense Forces.

The assailant, armed with a handgun and a knife, arrived at an outpost south of Nablus, exited his vehicle and opened fire at soldiers conducting operations in the area, the IDF said. The troops returned fire, neutralizing the terrorist.

The Israeli casualties were evacuated to a hospital for medical treatment.

On Wednesday morning, IDF Staff Sgt. Omer Tabib, 21, was killed by a Hamas anti-tank missile during a defensive mission along the Gaza-Israel border. Two other soldiers were wounded in the attack, one severely and one lightly, according to the IDF.