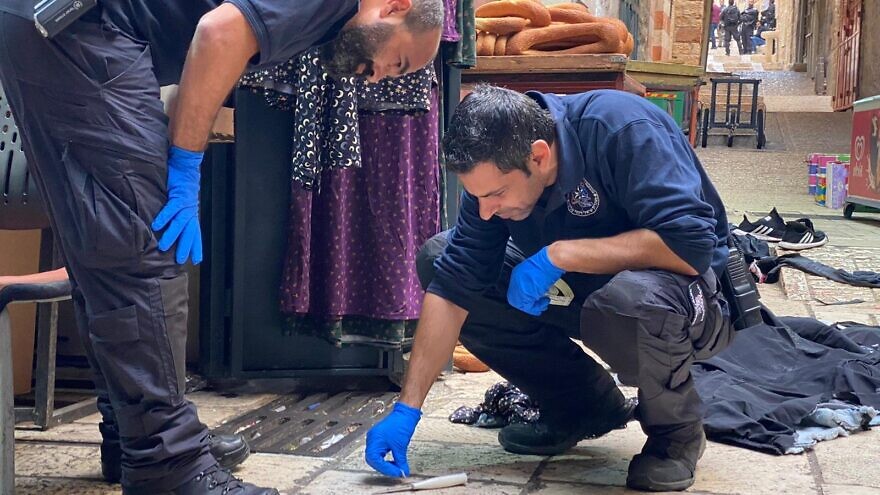 (November 3, 2022 / JNS) Three police officers were wounded in a terrorist attack in the Muslim Quarter of Jerusalem’s Old City on Thursday morning, according to the Israel Police.

The incident began shortly after 9 a.m., when a suspicious individual was stopped for questioning, police said in a statement. During the questioning, the suspect drew a knife and stabbed one of the officers in the upper body, at which point the other two officers opened fire, neutralizing him.

The assailant, identified by the Israeli media as Bader Amer, was later pronounced dead.

Two of the officers suffered minor injuries and were treated in the field, while a third was evacuated to hospital with light to moderate wounds, according to police.

The area was temporarily closed to pedestrian traffic, police said.

On Wednesday morning, an Israel Defense Forces officer in his 20s was seriously wounded in a car-ramming attack at the Maccabim Checkpoint near Modi’in. The assailant rammed his vehicle into the soldier before getting out and attempting to hit him with an ax.

On Sunday, five Israeli soldiers were wounded in a terror attack at two locations in the Jordan Valley, south of Jericho.