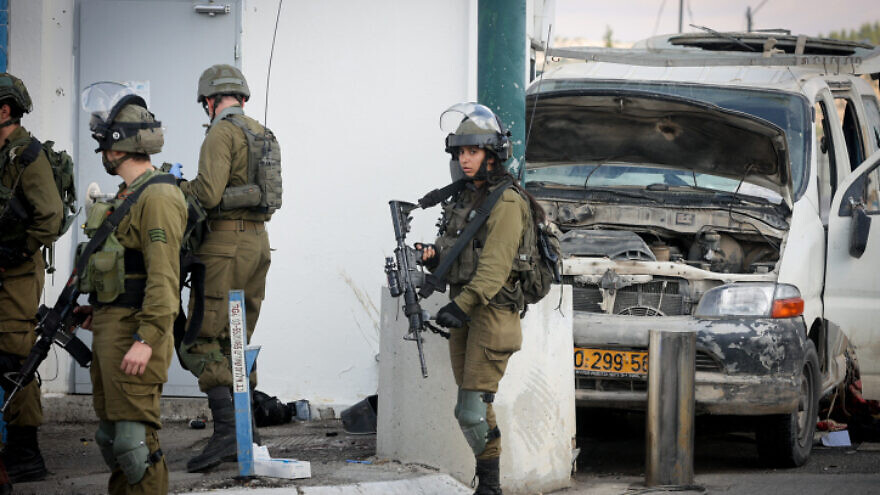 Troops at the scene where an IDF soldier was injured in a car-ramming attack in central Israel, Nov. 2, 2022. Credit: Flash90.
Spread the word.
Help JNS grow!
Share now:

(November 2, 2022 / JNS) An Israel Defense Forces officer in his 20s was seriously wounded in a suspected terror attack at the Maccabim Checkpoint near Modi’in on Wednesday morning, according to the Israeli military.

The assailant rammed his vehicle into the soldier before getting out and attempting to hit him with an axe, according to Israeli media reports.

The perpetrator was “neutralized,” and an investigation into the incident had been launched, the IDF said in a statement.

The victim was taken to Shaare Zedek Medical Center in Jerusalem, where he has since regained consciousness and his condition has stabilized, according to a statement from the hospital released Wednesday afternoon.

The incident comes after five Israeli soldiers were wounded in a terror attack on Sunday at two locations in the Jordan Valley, south of Jericho.