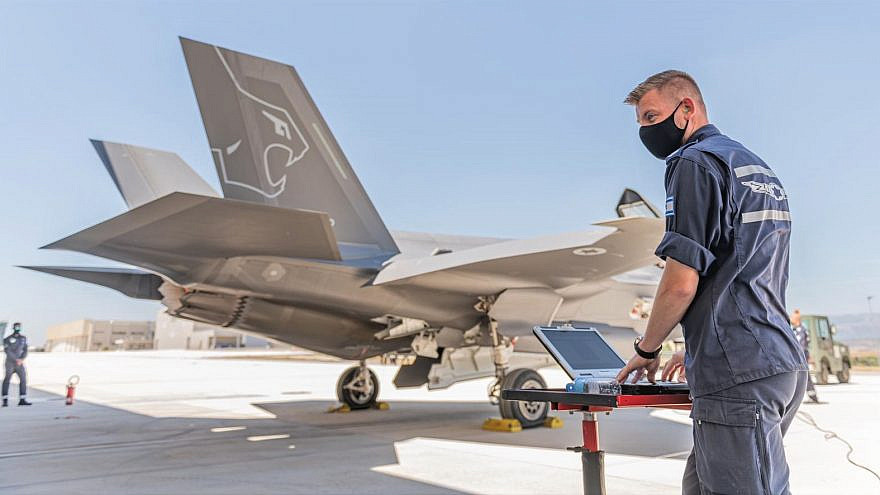 The squadrons are stationed at the Amendola Air Base in eastern Italy, though much of the drill is taking part over the shores of Sardinia.

An Israeli Eitam airborne early warning and control aircraft is providing services to multiple air forces taking part, and Israeli mid-air refuelers are also involved, filling up the tanks of Israeli F-35s as well as aircraft from other countries.

“The drill involves a relatively wide range of threats,” said the pilot, Maj. T (full name withheld), of the 140 Golden Eagle F-35I Squadron. “In Israel, we are not used to holding drills with so many F-35 participants. The red team [which simulates the enemy] is very strong here. There are tens of ‘enemy’ planes of all types simulating enemy threats. These are relevant to our own arena: Surface-to-air missile batteries, both tactical short-range ones and strategic ones that have long ranges, and broad ranges practicing the destruction of targets on the ground and air-to-air missions.”

“All of this is being tightly synchronized, and in English, under a common doctrine,” he added.

The presence of so many F-35 aircraft in one location and the information the aircraft are sharing with one another make this drill extraordinary, said Maj. T.

“There are things that only F-35s can communicate to one another,” he said, referring to the plane’s advanced data-sharing and network capabilities.

“It’s very moving to be here doing something new and to be deployed in this manner. It is historical,” said the Israeli pilot. “It is also really nice and interesting to talk to the other pilots who do what we do, but from a different place; they have a slightly different perspective. The pilots here communicate easily with another, fly together and see things similarly.” 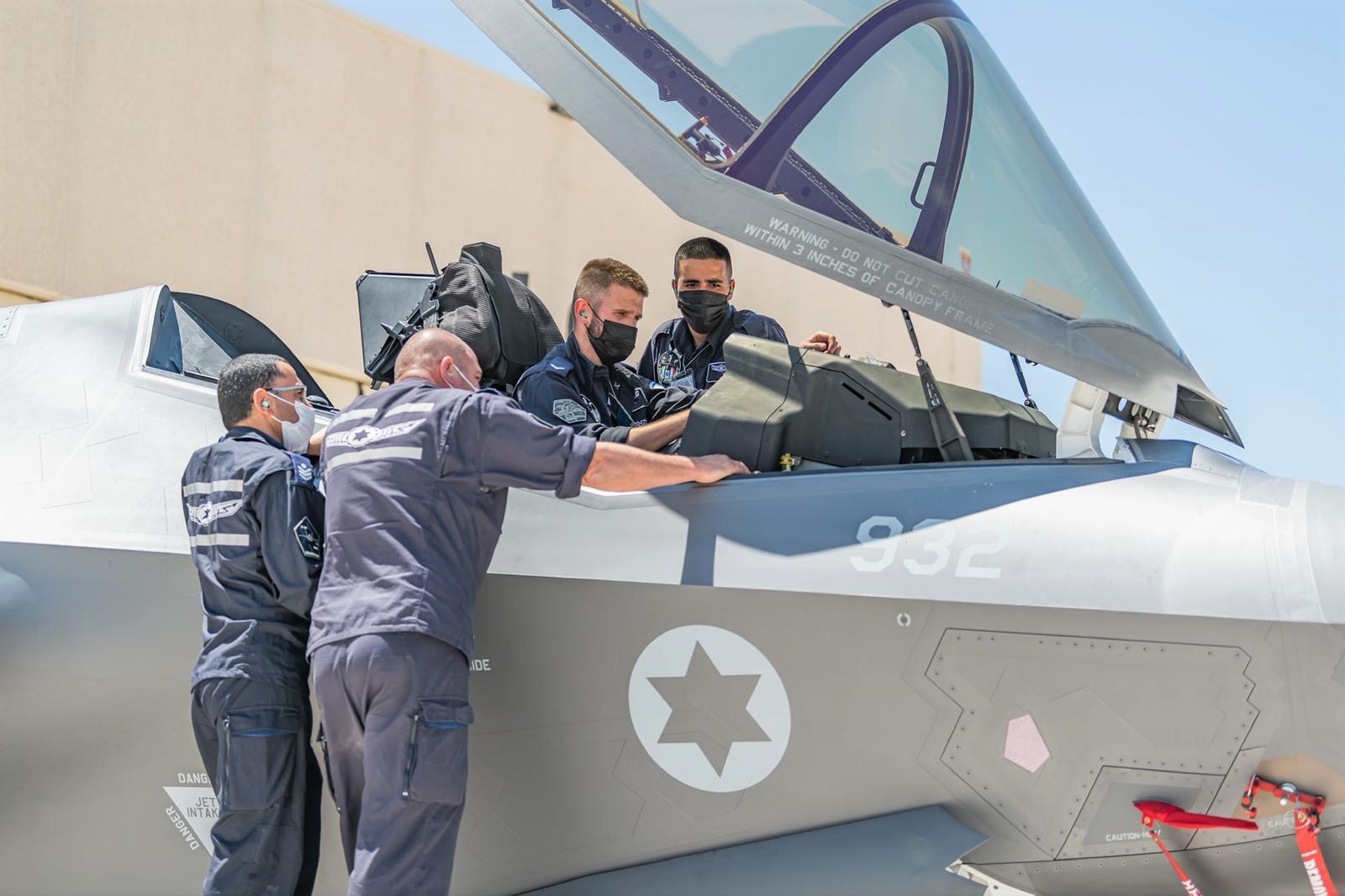 “The F-35, a stealth aircraft, brings many new aspects in its technical and network abilities in terms of synchronization, command and control, and building [an operational] control picture in a big way.” Credit: IDF Spokesperson’s Unit.
‘What we bring is our operational experience’

A senior Israel Defense Forces official said last week that the drill represented the first time that an Israeli F-35 fleet was deployed abroad. The official said that “this exercise with our Italian friends” will include a variety of scenarios, in which aircrews will “exploit and use the special capabilities that this aircraft brings to bear.”

The Israeli pilots are “very excited to share the knowledge that we humbly say we have and to learn from our partners,” said the official. The F-35I was first observed in the Israeli Air Force in late 2016. Israel announced that it was operational in 2017.

After a pandemic year, the personnel will be able to brief and de-brief face to face, said the official, while adhering to mask and distancing rules.

Maj. T noted Israel has hosted other air forces during its Blue Flag drills held in Israel, and that the IAF and USAF held two joint F-35 drills in Israel in 2020, dubbed Enduring Lightening.

“This, however, is our first time deployed abroad,” he said. “I think that this is the largest F-35 air drill in the world, with four countries participating.”

The United States Air Force has also brought F-16 jets to the Italian exercise. American and British F-35 aircraft both took off from a British aircraft carrier to take part in the exercise.

“When you see someone else’s doctrine, communications, allocation of missions and how they practically approach things, this gives ideas on how to plant your own doctrine,” he stated.

“What we bring is our operational experience. I think we are the state with the highest degree of friction [with hostile forces] with this aircraft. And therefore, there are many things we discovered for the first time. We see that many other countries take an interest in this,” said Maj. T.

Ultimately, he added, all IAF fighter jets, both new and older aircraft, “can do most of the missions, and they do it on an ongoing basis, in operations and in combat. The central event is adapting the munitions to the target,” he said. “The F-35, a stealth aircraft, brings many new aspects in its technical and network abilities in terms of synchronization, command and control, and building [an operational] control picture in a big way.”

The IDF official who shared details about the drill added that it offers significant lessons about power projection and strategic messaging, by demonstrating how Israel works together with its NATO partners.

“We are working closely because of the nature of this crowded neighborhood. We are trying to work in a more coordinated fashion. Currently, we are just training, and we are not working operationally together,” he stressed, adding that such training holds great importance.