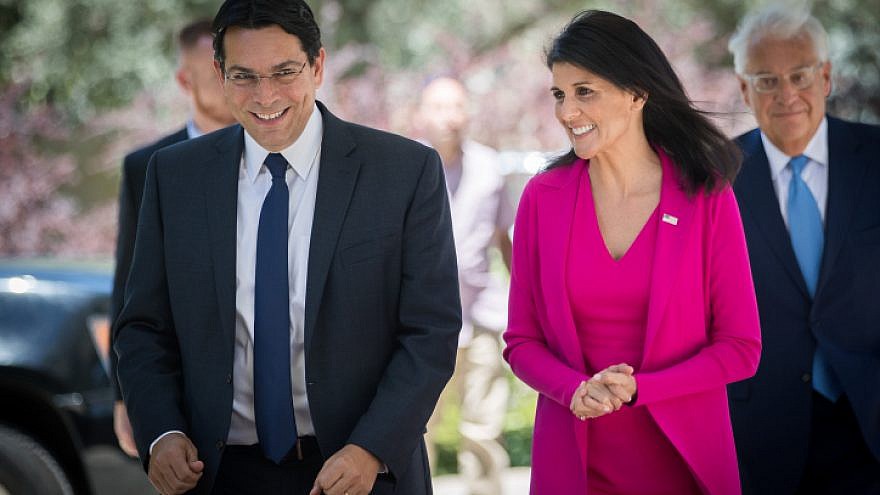 (August 20, 2020 / Israel Hayom) Israel’s former ambassador to the United Nations Danny Danon managed to anger Trump administration officials on Tuesday when, during an interview with the Knesset Channel, the former envoy dove into U.S. domestic politics and speculation regarding the president’s re-election campaign.

“There are rumors that our friend [former] Ambassador Nikki Haley may come in as vice president instead of Vice President [Mike] Pence,” said Danon. “I know this is being considered. I don’t know if it will happen. Vice President Pence is also a great friend of Israel and the president values his actions, but I know this is being considered. It’s impossible to know what the outcome will be.”

While there has been ongoing talk about the possibility of replacing Pence with Haley—talk that spiked after 2020 Democratic presidential nominee former Vice President Joe Biden selected California Sen. Kamala Harris as his running mate in the presidential race—according to senior administration sources, that talk has never led to serious discussions among decision-makers.

Those sources expressed amazement that Danon was propagating the talk, on the basis of what he acknowledged were simply “rumors.”

As one senior official close to Pence put it frankly to Israel Hayom, “As if anyone needed a reminder, this just shows again that this guy, Danon, is as clueless and out of the loop today as he was when he actually was an ambassador.”

When Pence addressed the Knesset in January 2018, he signaled the prospect of regional peace between the Sunni Arab states and Israel. Pence said that in his discussions with regional leaders, noting, “We discussed the remarkable transformation that is taking place across the Middle East today, and the need to forge a new era of cooperation in our day and age.”