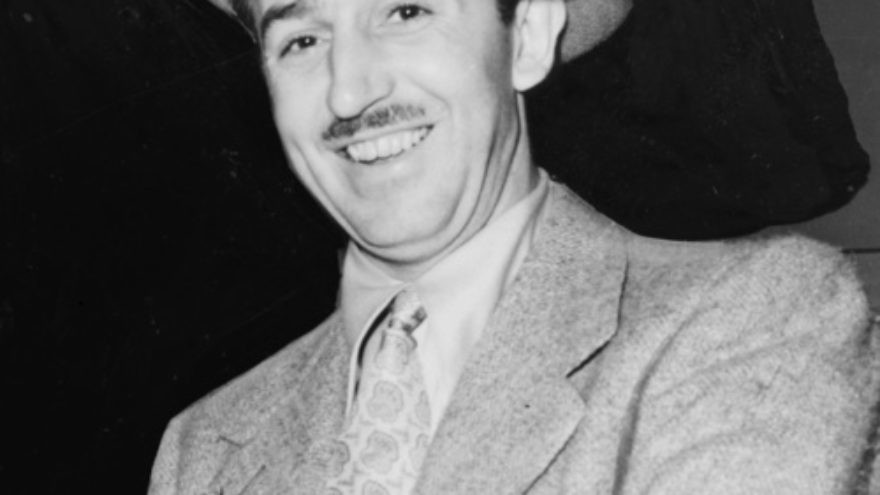 Actress Meryl Streep has reignited a debate that has simmered below the surface in Hollywood for decades: Was Walt Disney anti-Semitic?

The occasion was the annual awards event of the National Board of Review, an organization of filmmakers, students, and movie scholars. Streep presented an award to Emma Thompson, for her role in the new movie “Saving Mr. Banks,” about the making of Mary Poppins. Thompson co-stars as Poppins author P.L. Travers, alongside Tom Hanks as Walt Disney.

Streep took the opportunity to blast Mr. Disney as racist and misogynist who also “supported an anti-Semitic industry lobbying group.”

She did not actually call Disney an anti-Semite, but many people took it that way. The Hollywood Reporter declared that Streep accused Disney of being “sexist, racist and anti-Semitic.” Film professor David Hajdu said Disney was “a deeply flawed human being. A misogynist? You bet. An anti-Semite? That, too.” An unnamed “female Academy member” interviewed by the Reporter referred to him as “that old anti-Semite, himself, Mr. Disney.”

Hollywood historian Neal Gabler examined the antisemitism charge in his 2006 biography of Disney. “Of the Jews who worked [with Disney], it was hard to find any who thought Walt was an anti-Semite,” Gabler reported. “Joe Grant, who had been an artist, the head of the model department, and the storyman responsible for Dumbo… declared emphatically that Walt was not an anti-Semite. ‘Some of the most influential people at the studio were Jewish,’ Grant recalled, thinking no doubt of himself, production manager Harry Tytle, and Kay Kamen [head of Disney’s merchandising arm], who once quipped that Disney’s New York office had more Jews than the Book of Leviticus. Maurice Rapf concurred that Walt was not anti-Semitic; he was just a ‘very conservative guy.’”

On the other hand, one former Disney animator, David Swift, has claimed he heard Walt make an anti-Semitic remark, and another ex-staffer, David Hilberman, has alleged that one employee was fired because he was Jewish. (However, according to Gabler, Disney himself was rarely involved in firing anyone except the top brass). In addition, the original animated version of the “Three Little Pigs” portrayed the Big Bad Wolf as a stereotypically Jewish peddler, although after complaints, the segment was altered.

When it comes to explicit proof that Disney was anti-Semitic, the critics’ case weakens. “There is zero hard evidence that Disney ever wrote or said anything anti-Semitic in private or public,” according to Douglas Brode, author of Multiculturalism and the Mouse: Race and Sex in Disney Entertainment. Brode told The Hollywood Reporter that Disney used more Jewish actors “than any other studio of Hollywood’s golden age, including those run by Jewish movie moguls.”

Gabler also revealed that Disney “frequently” made unpublicized donations to a variety of Jewish charities, including a Jewish orphanage, a Jewish old age home, Yeshiva College (precursor to Yeshiva University), and the American League for a Free Palestine. The League, better known as the Bergson Group, publicly supported the armed revolt against the British in Palestine by Menachem Begin’s Irgun Zvai Leumi. Disney was embracing not just Zionism, but its most militant wing.

How, then, did the rumors of Disney’s alleged anti-Semitism spread so far and wide?

That’s where Meryl Streep comes in. The “anti-Semitic industry lobbying group” with which Disney was associated was the Motion Picture Alliance for the Preservation of American Ideals. The group’s statement of principles said nothing about Jews; its declared purpose was to prevent “Communist, Fascist, and other totalitarian-minded groups” from gaining a foothold in Hollywood. Among its members were politically conservative actors such as John Wayne, Clark Gable, and Ginger Rogers. But some of its other members were accused of being privately anti-Semitic, and in general it had a reputation as being reactionary.

Gabler believes that “the most plausible explanation” for the rumors about Disney were a kind of guilt by association: “Walt, in joining forces with the MPA and its band of professional reactionaries and red-baiters, also got tarred with their anti-Semitism. Walt Disney certainly was aware of the MPA’s purported anti-Semitism, but he chose to ignore it… The price he paid was that he would always be lumped not only with anti-Communists but also with anti-Semites.”

The irony is that while Meryl Streep was condemning Walt Disney for associating with extremists, she herself was doing the very same thing. The actress to whom she gave that award when she made her anti-Disney speech, her close friend Emma Thompson, is active in the anti-Israel boycott movement.

Streep hailed Thompson as “splendid, beautiful, practically a saint… a living, acting conscience.” Yet this ‘saint,’ together with other British actors, publicly urged a boycott of Israel’s Habimah theater troupe when it participated in a festival in England. Habimah, of course, has nothing to do with Israeli government policies or any political issues. Its only “crime” is that it’s Israeli.

By contrast, Thompson had no problem with the National Theater of China taking part in that festival, even though it really does represent the Chinese regime—a regime guilty of the most heinous human rights violations, aid to terrorists around the world, and support for the genocidal government of Sudan. But of course, hypocrisy is the hallmark of the ‘saints’ of the anti-Israel boycott crusade.

Dr. Rafael Medoff is director of The David S. Wyman Institute for Holocaust Studies, in Washington, D.C. The Wyman Institute worked with Disney Educational Productions on its new DVD, “They Spoke Out: American Voices Against the Holocaust.”