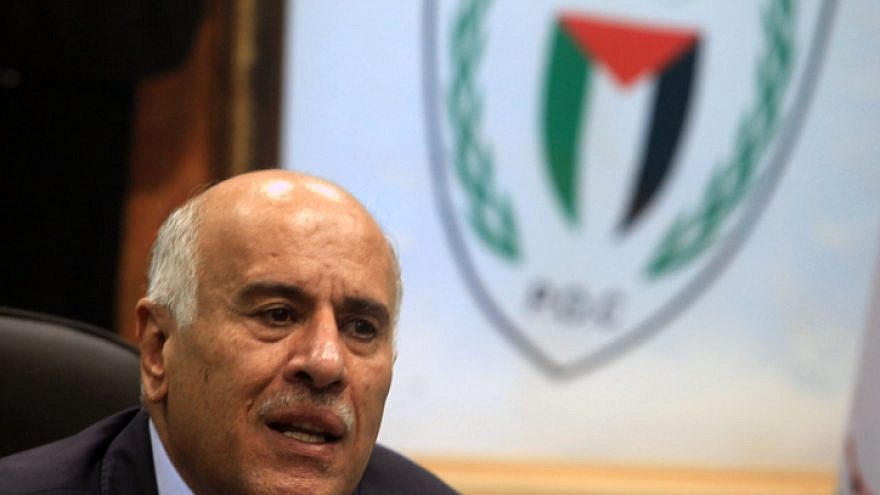 (August 24, 2021 / JNS) Palestinian Media Watch sent a complaint to the International Olympic Committee (IOC) against the chairman of the Palestine Olympic Committee for his support of boycotts against Israeli athletes.

PMW wrote in its letter to the IOC on Aug. 15 that Jibril Rajoub praising an Olympic athlete for refusing to compete against an Israeli opponent is a “fundamental breach of not only the Olympic spirit,” but also the IOC Charter and Code of Ethics.

As an example, the watchdog group cited how Rajoub cheered on Algerian judoka Fethi Nourine when he withdrew from a competition in the Tokyo Olympics in July to avoid facing Israel’s Tohar Butbul.

The letter also noted that last year, Rajoub “conveyed blessings to Arab athletes who have refused to compete with Israeli athletes” and demanded a worldwide Arab boycott of Israel in sports.

PMW added that it first submitted a complaint to the IOC about Rajoub three years ago and again in November 2020; both, it said, were ignored by Olympic officials.

According to the watchdog group: “As the IOC ignores the repeated breaches of its Charter and Code of Ethics by Rajoub and the Palestinian Olympic Committee, the Palestinian Authority celebrates the terrorists who carried out the 1972 Munich massacre of the Israeli Olympians, and Rajoub refers with reverence to the planner of the attack as one of the people who left the Palestinians a ‘heritage.’ Before Rajoub’s hate speech leads to another massacre, it is time the IOC took firm action.”