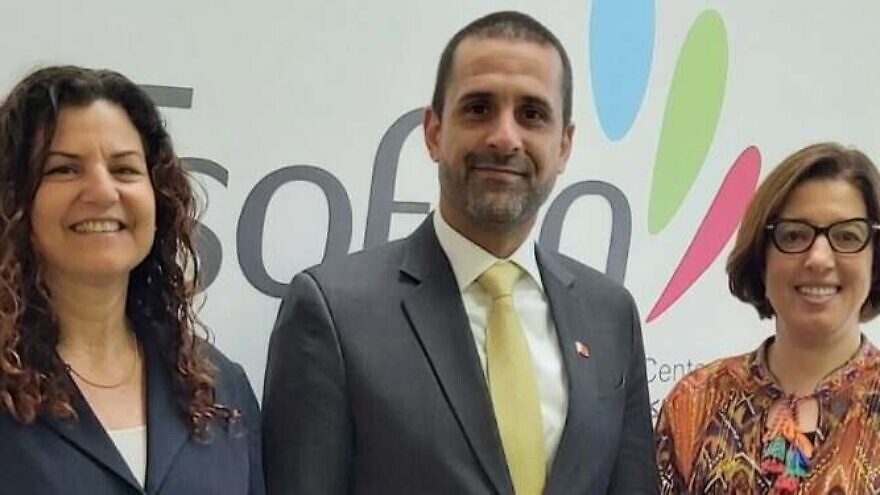 (July 11, 2022 / JNS) Bahraini Ambassador to Israel Khaled Al Jalahma paid his first visit to Nazareth last week, where he was introduced to the city’s high tech sector and plans to develop STEM ecosystems in other Arab Israeli cities.

Hosted by Tsofen, a Jewish-Arab nonprofit dedicated to expanding the high tech industry in Arab Israeli towns, Al Jalahma toured Nazareth’s Industry Park, where a number of Israeli R&D centers of global tech firms are located, and visited the offices of Amdocs and Galil Software.

The ambassador called his visit “exposure to important work carried out by civil society.”

“I believe we can find a way to support the important mission of building high tech in Arab society, while also developing the technological industry in Bahrain and contributing to Israel’s economy—all in the spirit of the Abraham Accords, towards warming the relationship between the two countries and societies,” said Al Jalahma.

While in Nazareth, Al Jalahma met with Tsofen’s leaders, chairman of the board Dr. Ramzi Halabi and co-chairs Revital Duek and Maisam Jaljuli, who introduced the envoy to the Tsofen model for integrating Arab engineers in the local high tech industry, and developing STEM ecosystems in Arab Israeli cities.

Revital Duek called Al Jalahma’s visit to Nazareth “an encouraging sign” and said it “strengthens the message we carry out throughout our work every day.”