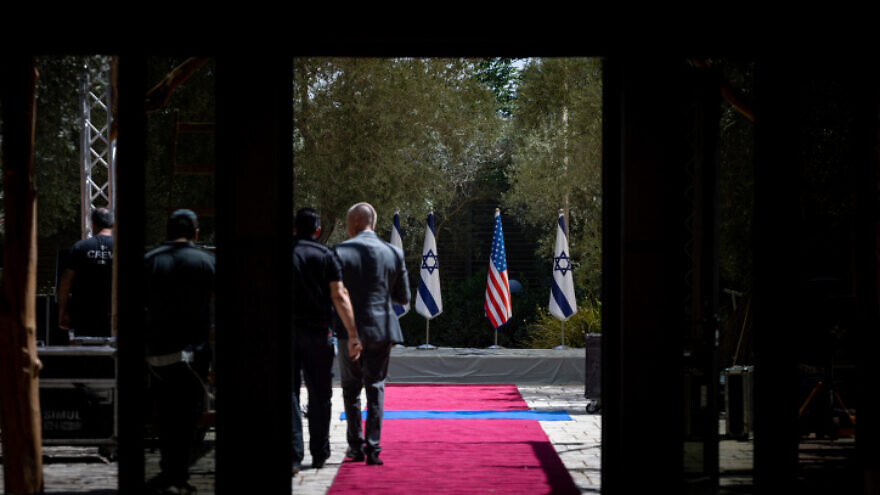 (July 12, 2022 / JNS) The whole of the Israel Police must be involved in preparing for the visit of an American president to Israel, and close cooperation is required between the Israel Security Agency (Shin Bet) and the U.S. Secret Service, a former senior police officer told JNS, as Israel prepares to receive U.S. President Joe Biden on Wednesday.

Maj. Gen. (ret.) Alon Levavi, a former Israel Police deputy commissioner and a senior research fellow at the MirYam Institute, explained that “the preparations are greatly shaped by the route that the president travels on in Israel. In the past, there were presidents who landed at Ben-Gurion International Airport and traveled by vehicle to Jerusalem. There are routine visits to Yad Vashem, the Knesset, the Prime Minister’s Residence and the President’s Residence.”

In every location the president visits, police must set up a security zone that functions at the highest level, he stated. “This is what we call ‘an integrated operation,’ meaning that it’s under the command of the Israel Police, but securing the president himself is the responsibility of the Shin Bet’s Unit for Protecting Public Officials and the U.S.’s Secret Service,” said Levavi.

“There is close cooperation between the Israel Police, the Shin Bet and the Secret Service. We are familiar with the long presidential convoys that travel through the country. The traffic movement order is established ahead of time in a very detailed and meticulous manner,” he said. “Helicopters accompany from the air. The route is made sterile. Lookouts are placed on the side.” 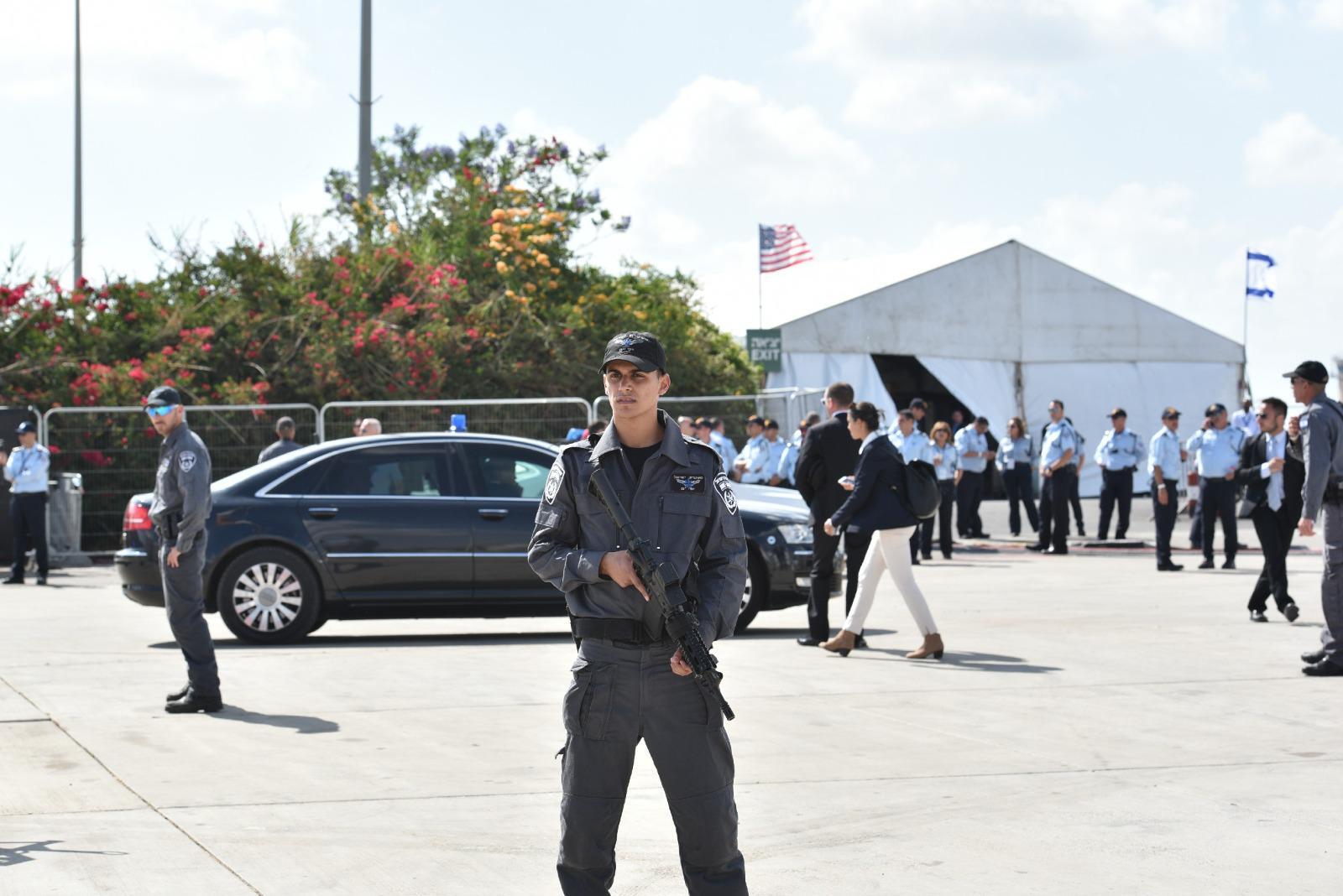 The Israel Police announced on Sunday that it is in the final stages of preparing to secure the visit, dubbing its activities “Operation Blue Shield 3.”

As part of its preparations for securing the visit, the police recently held a special drill simulating an accompaniment and securing of the presidential vehicle convoy.

“During the days of the visit, more than 16,000 police officers, Border Police officers, and volunteers will be deployed from Wednesday noon for security and to safeguard public order, as well as directing traffic during the state visit,” police said in a statement.

Biden is due to fly to Saudi Arabia from Israel on Friday.

Police described the security operation as complex and involving multiple security organizations. Focal points in the visit will include Ben-Gurion International Airport, Jerusalem, and the main highways leading to the capital, it said.

Specialized command posts will be in operation in the field to allow the police to conduct effective command and control of the security operations, police added.

Disruption to traffic is expected between Wednesday to Friday in central Israel, on roads leading to Jerusalem and throughout Jerusalem itself. Changes in traffic routes will occur in the capital for limited periods of time, according to police. 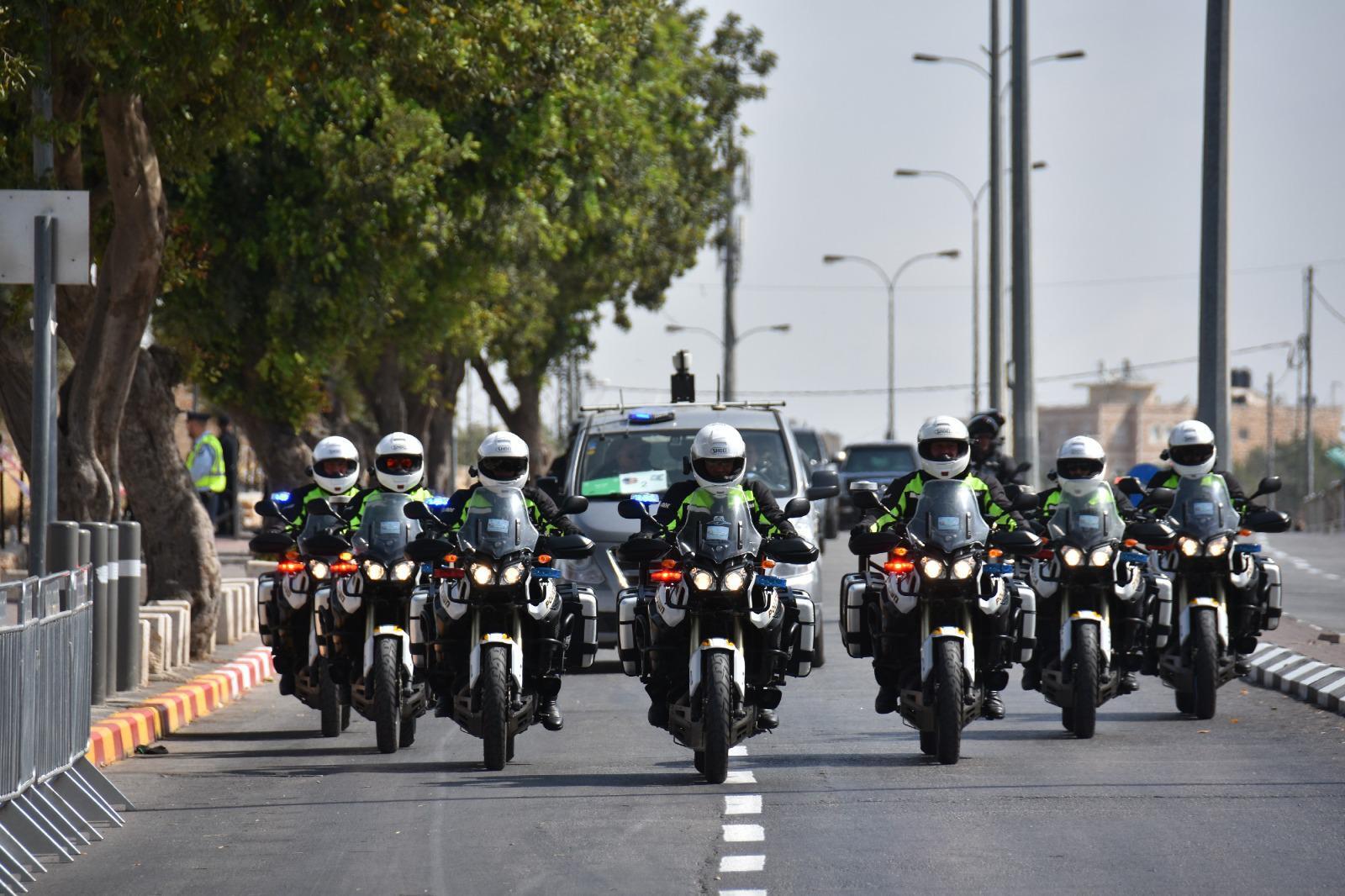 Israel Police officers secure the motorcade of U.S. President Donald Trump during his visit to Israel in May 2017. Credit: Israel Police.

“It takes months to prepare for this ahead of time. Every location receives its own commander,” said Levavi. “If the president stays at a hotel, that becomes the most secure zone under the responsibility of its own commander, with a joint U.S.-Israeli command post.”

The United States brings its own bulletproof vehicles for such visits, and the Secret Service is responsible for the most inner circle of security, according to Levavi.

“When Biden goes to Judea and Samaria, the Israel Police transfers responsibility to the Israel Defense Forces. This transfer is meticulously planned,” he said.

“When former U.S. President Trump was here in May 2017, he landed in the area of the First Station in Jerusalem, in a helicopter accompanied by other helicopters. To prepare for that, all of the lampposts were removed from the area, all cars were cleared out of the parking lot, and the helicopters landed in a predetermined order, in coordination with the Israeli Air Force,” said Levavi. “This is a very large and complex operation.” 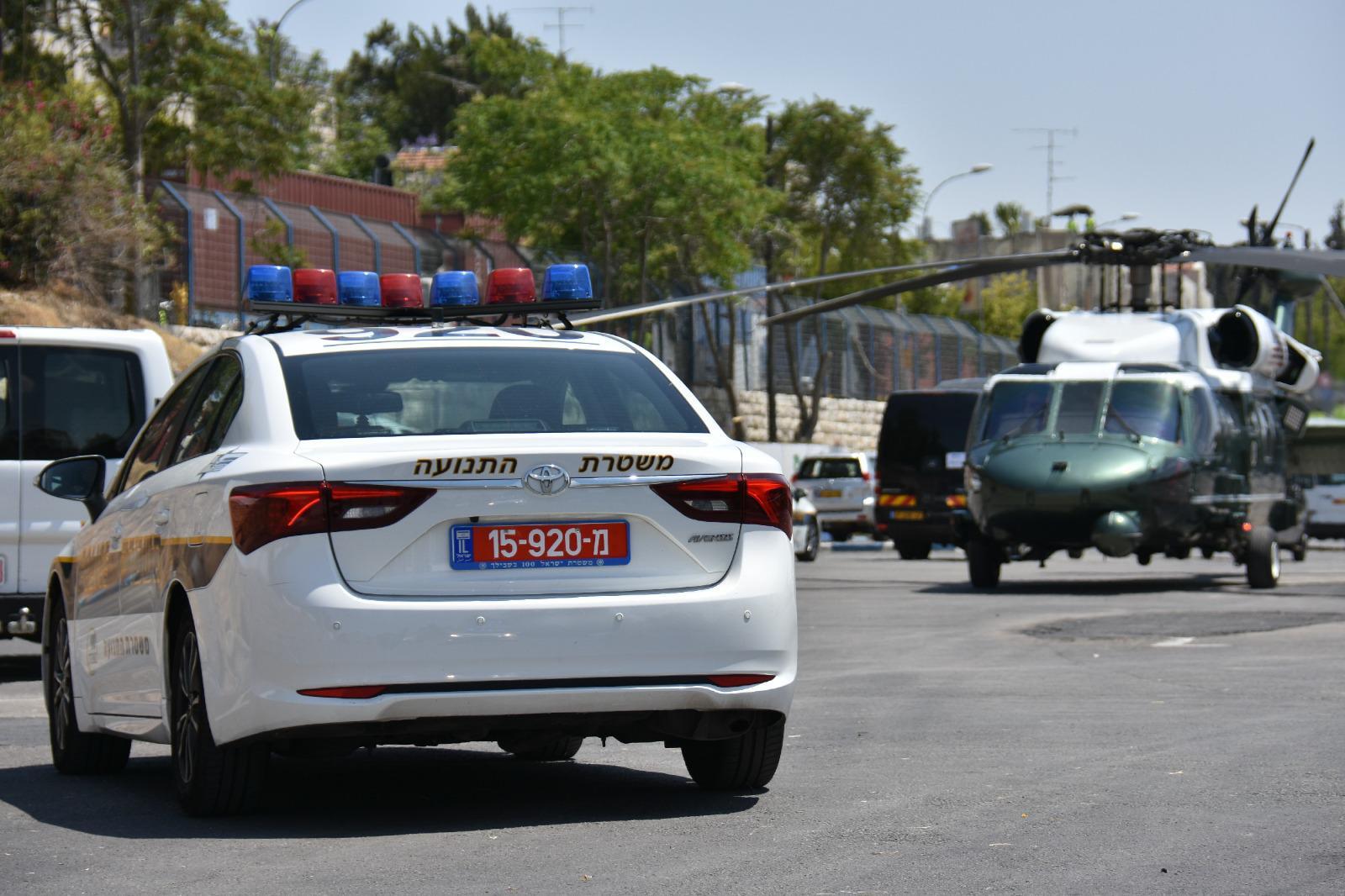 U.S. President Donald Trump and his entourage land at the First Station in Jerusalem during Trump’s two-day visit to Israel in May 2017. Credit: Israel Police.

Those who live in Jerusalem know that they live in the capital of Israel, meaning regular diplomatic visits and disruptions to traffic routes, he said.

“These visits disrupt traffic, but the residents have learned how to live with this. A visit by the U.S. president is always a special operation, that shuts down the Jerusalem—Tel Aviv highway. Information is sent to the public via the media ahead of time and people refrain from driving on these routes. These are two days that citizens have to deal with,” he said.

According to police, on Wednesday, Route 1 between Tel Aviv and Jerusalem will be closed in both directions, as well as surrounding roads.

Police also instructed citizens to refrain from flying aircraft, including drones, in the airspace of the airport and Jerusalem during the visit.

At the end of the meeting, said Shabtai, “most of the operational force of the Israel Police will be active in securing the visit. This has great significance, which we are taking into account. Alongside the visit, we will make every effort to enable the daily routines of Israeli citizens, while providing rapid and efficient responses as much as possible to every incident and call-out.”

The central goal of the police, he said, is to enable the visit to proceed without unusual incidents and to secure it from the moment Biden lands until he takes off for Saudi Arabia.

“To conduct the mission, we will not hold back on any resource or capability in the police’s possession, and we will be prepared with a strong, comprehensive operational response to every scenario,” he stated.