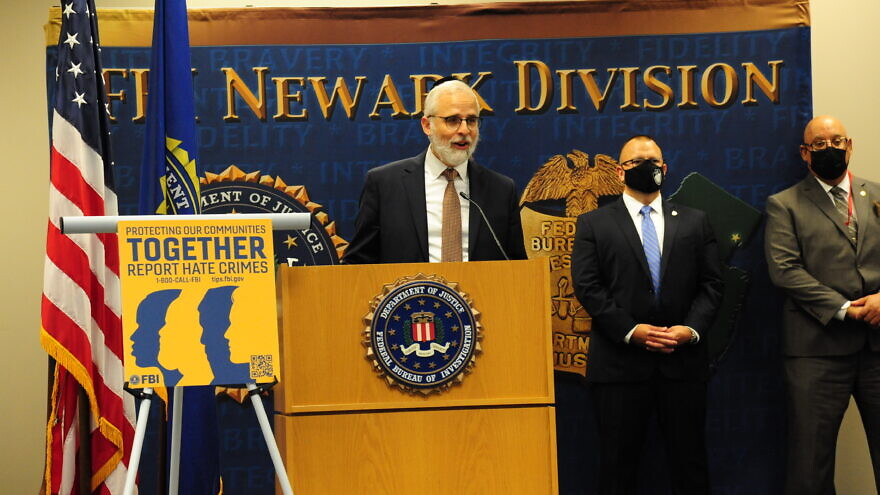 “Too many people within our community treat the hate and discrimination they experience as an expected part of life. Until we learn to report these regular incidents as they occur, our law enforcement authorities won’t be able to pursue the culprits, nor will meaningful change occur. The OU welcomes the opportunity to partner with the FBI in this awareness campaign, and we hope that those who experience hate crimes and discrimination will report these incidents,” said Rabbi Hauer, who spoke during the press conference.

Though the Department of Justice’s Bureau of Justice Statistics believes the majority of hate crimes go unreported, the FBI’s most recent hate crimes report notes that Jews remain by far the religious group most targeted for hate crimes, comprising 60 percent of them.

As part of the national advertising and awareness campaign, the FBI’s 56 field offices have received funding to promote awareness and encourage people to report the incidents either by phone, 1-800-CALL-FBI or online at https://tips.fbi.gov.

Orthodox Union
The Orthodox Union is the nation's largest Orthodox Jewish umbrella organization; the OU Advocacy Center is the non-partisan public policy arm of the OU and leads its advocacy efforts in Washington, DC and state capitals.
Publish your organization's press release on JNS Wire
Releases published on the JNS Wire are communicated and paid for by third parties. Jewish News Syndicate, and any of its distribution partners, take zero responsibility for the accuracy of any content published in any press release. All the statements, opinions, figures in text or multimedia including photos or videos included in each release are presented solely by the sponsoring organization, and in no way reflect the views or recommendation of Jewish News Syndicate or any of its partners. If you believe any of the content in a release published on JNS Wire is offensive or abusive, please report a release.