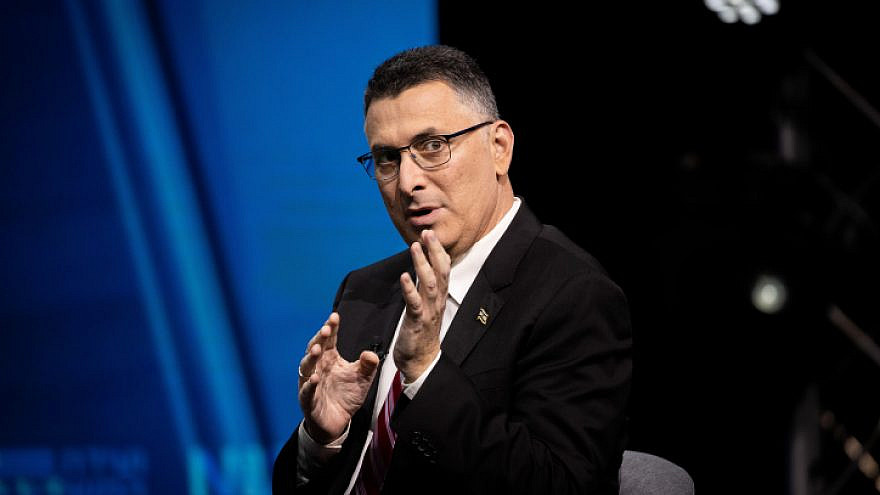 (March 29, 2021 / Israel Hayom) With Israeli Prime Minister Benjamin Netanyahu’s Likud party efforts to cobble together a coalition so far coming up empty, party officials say that they plan to do everything they can to convince New Hope leader Gideon Sa’ar, formerly of Likud, to join a Netanyahu-led government.

“We cannot understand Sa’ar. We have here a rare opportunity to establish the kind of stable, national-unity government we have always hoped for with the Likud, Sa’ar, [Yamina Party head Naftali] Bennett, the Religious Zionism [Party], and the haredim [Shas and United Torah Judaism],” party officials said, explaining: “Sa’ar is right-wing; his whole gang is [comprised of] former Likud members, members of the nationalist right. He must stop this foolish boycott. We have a right-wing, nationalist ideology to promote. This could be a huge springboard for him for the day after Netanyahu. Instead, he will now be crushed by [Yesh Atid Yair] Lapid and Bennett and join up with the left-wing bloc and disappear from the [political] map in a year or two.”

Meanwhile, efforts on the part of the anti-Netanyahu bloc have also been underway to secure a 61-member coalition.

Yesh Atid Party head Yair Lapid met with Blue and White leader Benny Gantz on Sunday evening to discuss the possibility of establishing a coalition government that sees Netanyahu removed from the premiership.

Asked in an interview with the Arabic-language Nas Radio whether Ra’am, which garnered four Knesset seats in the March 23 Knesset election, had entered talks with the various blocs, Abbas said that direct talks that began ahead of the election were now ongoing.

In the Sunday morning interview, Abbas noted that Ra’am was not in direct talks with the Joint Arab List, from which the party split last year.

Also on Sunday, Yisrael Beiteinu leader Avigdor Lieberman announced that he would recommend Lapid to be tasked with forming a government.

On Facebook, Lieberman wrote: “As we committed to doing, we will recommend the chairman of the party from the ‘change’ bloc that received the greatest number of Knesset seats” for the role of prime minister.

“Anyone who tries to thwart this process and puts their ego above national interests will bear responsibility for [Israel heading to] fifth elections. An exit from the political imbroglio requires all parties find creative, out-of-the-box solutions.”

Lieberman further said that “with the signing-in of the 24th Knesset, Israel Beiteinu will submit a bill to limit a prime minister’s time in office to two terms, a proposal Netanyahu that supported in the past.

“Another law we will submit will require the resignation of the prime minister following the filing of an indictment, as was passed in a preliminary hearing in the 21st Knesset in May 2007 with the support of the Likud, including Benjamin Netanyahu, the haredi parties, the Labor Party … and Meretz,” he said.