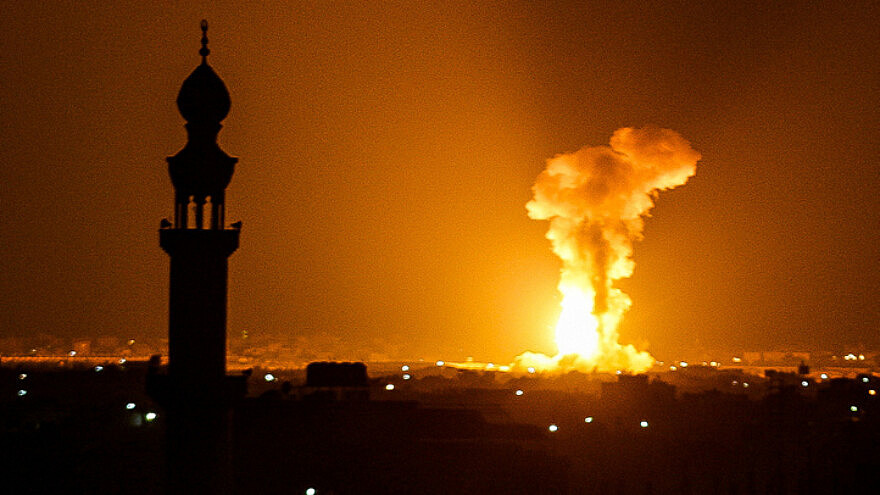 (August 7, 2022 / JNS) The United States, United Kingdom, France and the European Union have called for “restraint” following the launch by Israel on Friday of “Operation Breaking Dawn” against the Palestinian Islamic Jihad terror group in the Gaza Strip. The U.N. Security Council is scheduled to hold an emergency, closed-door meeting on Monday to discuss the matter.

U.K. Foreign Secretary Liz Truss also issued a statement on Saturday expressing her country’s support for Israel and its right to self-defense, while condemning the terrorists. She called for a “swift end to the violence.”

France’s Ministry for Europe and Foreign Affairs on Saturday similarly condemned “the firing of rockets into Israeli territory” and stressed “its unconditional commitment to the security of Israel.”

“France calls on all parties to exercise restraint to avoid any further escalation, which would first and foremost affect civilian populations,” it added.

The E.U., as well, called for “maximum restraint on all sides.”

“While Israel has the right to protect its civilian population, everything must be done to prevent a broader conflict, which would, first and foremost, affect the civilian populations on both sides and result in further casualties and more suffering,” it added.

Russia on Saturday called for “maximum restraint” by all parties and to “immediately return to a sustainable ceasefire.” However, Moscow laid the blame for the escalation on Israel, saying fighting started after the Israeli Air Force attacked the Gaza Strip on August 5, causing Palestinian terror groups to respond with “indiscriminate shelling,” the TASS Russian News Agency reported, citing a statement by Russian Foreign Ministry spokeswoman Maria Zakharova.

The United Arab Emirates (UAE) Foreign Ministry on Saturday called for “exercising maximum restraint” as its U.N. mission announced that together with France, Ireland, Norway and China, it was calling for a UNSC meeting on Monday.

In light of the concerning developments in #Gaza, the UAE, along with @franceonu, @irishmissionun, @NorwayUN and @Chinamission2un called for a closed meeting to be held on Monday 8th of August. pic.twitter.com/czwE8tX83v

U.S. National Security Council Spokesman John Kirby told reporters on Friday that “we certainly urge all sides to avoid further escalation.” He added that the United States remains “unwavering” in its commitment to Israel’s security, saying “we absolutely fully support Israel’s right to defend itself against terrorist groups that have taken the lives of innocent civilians in Israel.”

“Israel will not sit idly by when there are those who are trying to harm its civilians. This government has a zero-tolerance policy for any attempted attacks—of any kind—from Gaza towards Israeli territory,” said Israeli Prime Minister Yair Lapid on Friday.

“Islamic Jihad is an Iranian proxy that wants to destroy the State of Israel and kill innocent Israelis. The head of Islamic Jihad is in Tehran as we speak. We will do whatever it takes to defend our people,” he added.

Since the start of the fighting, Israel has targeted rocket and weapons manufacturing sites throughout the Gaza Strip and killed two senior PIJ leaders: Taysir al-Jabari and Khaled Mansour.

“We won’t allow any organization—not here and not in the north, and not in Judea and Samaria—to harm the sovereignty of the State of Israel. We are at the height of a justified operation, aimed at protecting the Israeli people.”