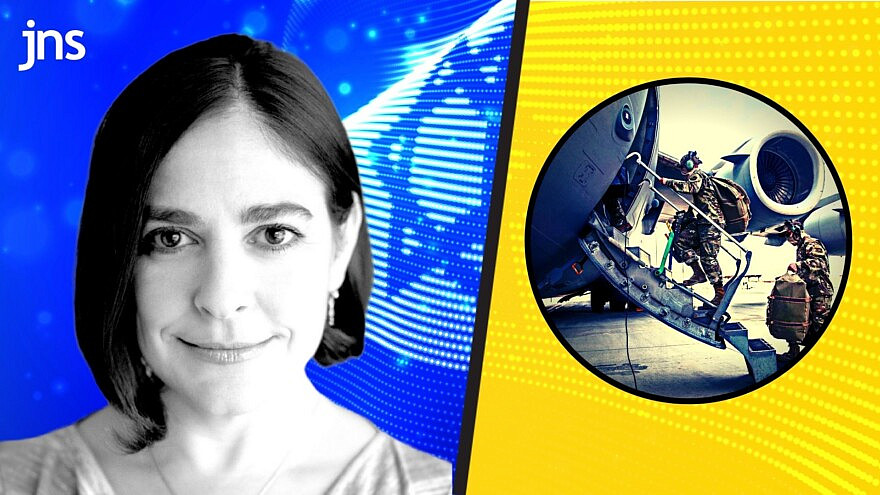 (August 23, 2022 / JNS) A year after the U.S. military withdrawal from Afghanistan, Americans are still licking their wounds.

Last year, President Joe Biden demanded that all U.S. forces withdraw from Afghanistan by an artificial timeline. He disregarded the Afghans who fought with the American military for 20 years. He abandoned $90 billion in weapons to the Taliban. He left Bagram Air Force Base and the riches of a country filled with rare minerals to China.

And last week, he tried to convince Americans that everything was perfect. He said that the U.S. was able to kill al Qaeda boss Ayman al-Zawahiri.

To discuss the real consequences of the withdrawal for the U.S., its allies, its superpower rivals and the morale of U.S. forces, Caroline Glick in this week’s “Mideast News Hour” speaks with two top national security officials from the Trump administration: former deputy national security advisor Victoria Coates and former deputy assistant secretary of state for the Middle East Simone Ledeen.

Ledeen spent more than two years in Afghanistan over three deployments during the Bush II and Obama administrations.

After discussing Obama’s role in fomenting the Afghanistan crisis, the conversation shifts to Iran and the nuclear deal. The three talk about what a renewed agreement would mean for the U.S., the Middle East and the entire world, and what America’s spurned allies are capable of doing on their own to prevent Iran from emerging as a regional hegemon.

The three also discuss the deal’s implications for the future of nuclear non-proliferation.

Finally, Glick, Coates and Ledeen move to the rapprochement between Israel and Turkey, after both countries last week agreed to restore full bilateral relations.

They discuss the reasons that Turkish President Recep Erdogan decided to press ahead with the move despite his anti-Semitism and hatred for Israel.

Specifically, the group analyzes the potential ramifications on gas exploration in the Eastern Mediterranean, and, in turn, how this can impact on Iran’s rise through its Hezbollah terrorist proxy, the effective ruler of Lebanon which aims to become a major actor in the Mediterranean gas industry.