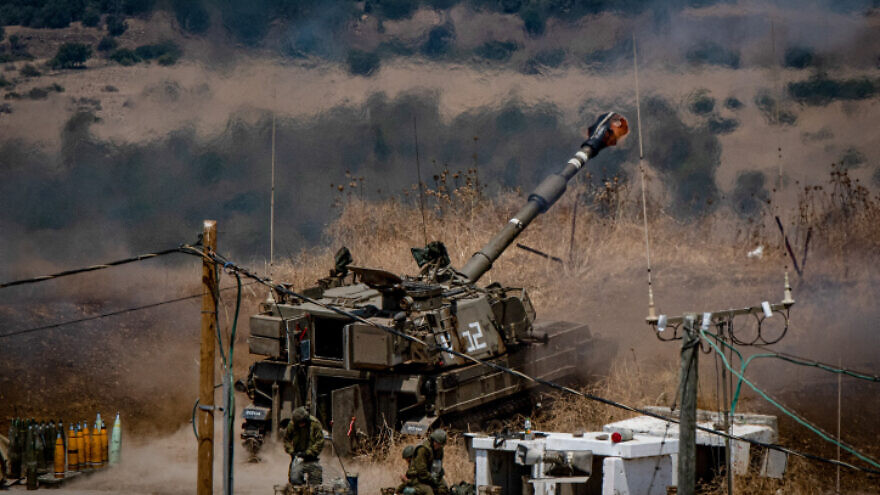 (August 17, 2021 / JNS) As Israel observes the fall of Afghanistan to the Taliban, it’s difficult to forget the capitulation of the Iraqi army to ISIS in 2014 or the EUBAM observers who fled as Hamas seized power in the Gaza Strip in 2007, not to mention visions of the United States fleeing Saigon in the spring of 1975 as part of the collapse of the Vietnam War.

Noting the coincidental, yet equal number of years separating each of the Middle Eastern incidents in which Islamic fundamentalists defeated their adversaries, Eran Lerman, vice president of the Jerusalem Institute for Strategy and Security, half-jokingly called it the “seven-year-itch.”

“What worries me,” he says, “is a much broader symbolic message that Islamist radicalism is once again on the march, the Americans have no staying power, and the West is in decline.”

Lerman suggests that Israel learn lessons from the past, saying it should “band together with other countries to hold against the tide.”

Referring to Israel’s own concerns of Islamic fundamentalists taking over Palestinian areas besides Gaza, which Hamas already controls, Lerman says “I hope we never again hear lectures from the Americans on how you can trust Palestinian security forces to run their country and keep us safe once we leave.”

Israel has long argued that a future Palestinian state left to its own devices and without Israeli oversight would easily collapse if confronted by a terrorist organization like the Islamic State (ISIS), the Taliban or Hamas.

The fall of Afghanistan only strengthens Israel’s argument and, as Lerman argues, its leaders must learn the lessons here.

Having finally extricated itself from the mire that is Afghanistan—a goal shared by the previous two U.S. administrations, one Democrat- and one Republican-led—America has simultaneously sent a dark and ominous signal suggesting to its allies that it is no longer reliable, especially since it grossly underestimated the speed at which the Taliban took control. 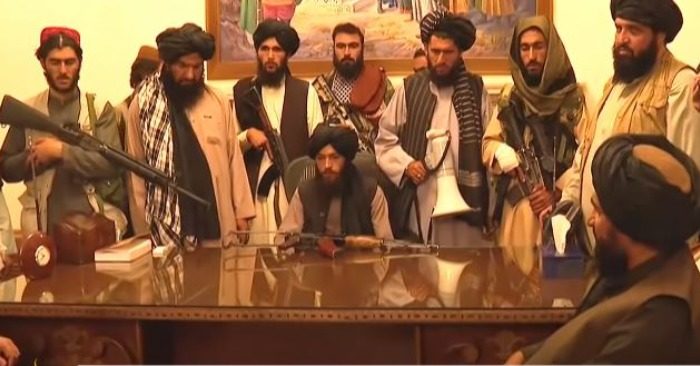 Taliban fighters inside the presidential palace in Kabul. Source: Screenshot.

A state of war or Islamic rule?

The United States has now left a vacuum in Central Asia, and powerful actors such as Iran, Turkey, Russia and China are already scheming on how to take advantage of the vacuum.

This puts Israel in a dangerous position. Experts agree that the Jewish state must plan accordingly if it wants to survive what could become an Islamic fundamentalist onslaught from the east in the coming years.

Khairkhwa is a former Guantánamo Bay prison detainee who former President Barack Obama released in a prisoner exchange in 2014 against the advice of the Pentagon, which classified him as too dangerous to release. The Obama-Biden administration allegedly ignored disturbing intelligence reports that he and his men were forming a terror network from their base in Qatar.

Now, he is the mastermind of the regime change in Afghanistan and has his heart set on establishing an Islamic fundamentalist government, much like that which exists in Iran and Gaza.

Iran has also supported the creation of a Shi’ite militant organization in Afghanistan, causing diplomatic tensions between Tehran and Kabul in the past.

According to Silvia Boltuc at ASRIE Analytica, after dozens of Afghan districts surrendered to the Taliban, the Shi’ite militant group Hashd al-Shi’a (Shi’ite Mobilisation) emerged in Afghanistan. Among the fighters, there are members of the Fatemiyoun Division, an Afghan Shi’ite group believed to have been trained by the Islamic Revolutionary Guard Corps (IRGC) for the fighting in Syria.

The world is now witnessing the creation in Afghanistan of a scenario similar to Syria, Yemen, Iraq and Lebanon, where Iranian Shi’ite militias are operating and promoting Tehran’s dangerous foreign policy, which focuses on regional and then international domination.

Islamic fundamentalism beliefs held by Iran, Hamas, Hezbollah, the Taliban, Al-Qaeda and others maintain that the world can only exist in two states: a state of war (Dar al-Harb) or under Islamic rule (Dar al-Islam).

Jonathan Spyer, also of JISS and director of the Middle East Center for Reporting and Analysis, tells JNS the retreat from Afghanistan “reflects a broader desire of the U.S. to withdraw from commitments in the Middle East and its surrounding area.”

In terms of implications this has for Israel, Spyer says he believes that “the nature and form of the withdrawal reflects a broader confusion in U.S. foreign-policy goals and practice, which is reflected by deep internal confusions and divisions.”

“All of this is of great interest to Israel as a key U.S. ally and an ally facing serious security challenges and concerns,” he says.

Michael Barak, a senior researcher at the International Institute for Counter-Terrorism and a lecturer at the IDC Herzliya, told JNS the Taliban victory “increases the morale of other terrorist organizations such as Hamas and Al-Qaeda.”

“One of the important implications for Israel is that it must track the increasing ties between the Taliban and Hamas,” warns Barak.

Hamas political chief Ismail Haniyeh recently met with Taliban leaders in Qatar to discuss cooperation. The Taliban representatives congratulated Hamas on its “victory” in “Operation Guardian of the Walls,” the 11-day conflict between Israel and Hamas in which the terrorist organization claimed it came out the winner.

In return, Haniyeh congratulated the Taliban on the end of the U.S. “occupation” of Afghanistan in a phone call with Taliban leader Abdul Ghani Baradar.

Barak says the implications for Israel are worrying since the image of the United States “has become weakened and has an adverse effect on Israel’s allies in the Gulf.”

U.S. troops are actively withdrawing from the region and these Arab allies may draw closer to Iran if they feel vulnerable.

Iran perceives that the United States is not willing to defend its allies, and the Islamic regime will work to take advantage of the void America is leaving, though it has challengers who share the same ambition.

Turkey, Russia and China are all important actors in the region; each wants a piece of the pie, if not the entire pie and more.

What lessons can be learned from American foreign policy and its waning willingness to be involved in problems far from home?

Spyer says the most important one for Israel “is the need to strengthen relations with other partners, particularly on a regional level.”

He notes that “the lighter American footprint in the region in the period ahead makes local alliances and connections of paramount importance,” adding “relations with the Gulf countries, Egypt, India and other partners thus acquire greater importance and centrality in light of the withdrawal and from a focus away from the Middle East and its environs.”