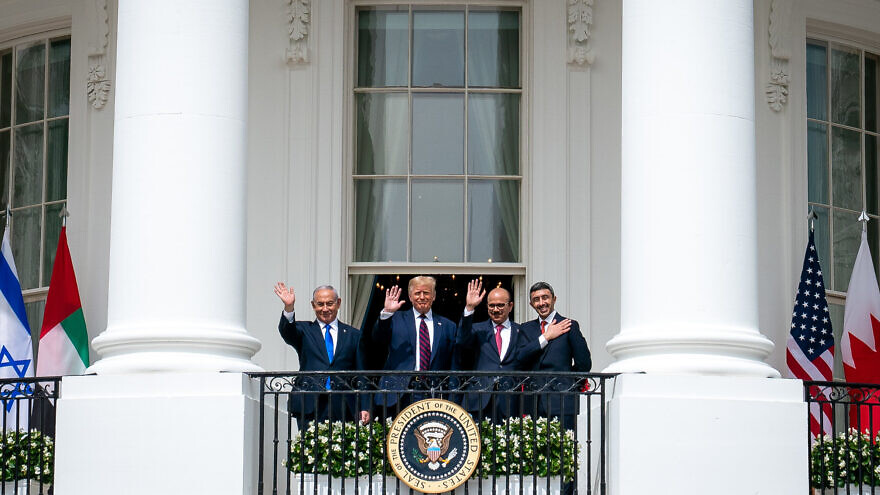 (January 13, 2021 / JNS) Al-Qaeda in the Arabian Peninsula blasted the governments of the United Arab Emirates, Bahrain, Sudan and Morocco for normalizing relations with Israel, calling on Muslims to target Israelis who visit these countries, according to a report shared exclusively with JNS by the Middle East Media Research Institute (MEMRI)’s Jihad and Terrorism Threat Monitor (JTTM).

In the Jan. 8 issue of the terror group’s Al-Wa’y publication, an editorial described these Arab governments as “traitors.”

It accused them of a “humiliating stance regarding the Palestinian issue, the Jewish occupation and the violation of the criminal Jews against the Muslims ummah [‘nation’], the Palestinians and the sacred land.”

The editorial went on to describe the Arab governments’ positions as “shameful and submissive to the Ziono-crusader coalition” and “hostile to the mujahideen and those who are defending themselves in Palestine.” It further accused them of “blatantly selling out the Palestinians to the Jews in exchange for a handful of worldly goods.”

The editorial concluded, according to JTTM, by urging Muslims to “revive the Palestinian issue, expose those traitors, expose the enemies’ plans and reject all these agreements, and to seize the opportunity presented by the visits of Jews to Muslim countries to cut off their heads, as the jihad waged against Jews today is not limited to those who are in Palestine, since the Jews are walking around in the region, and this is a rare opportunity that was not available in past decades.”