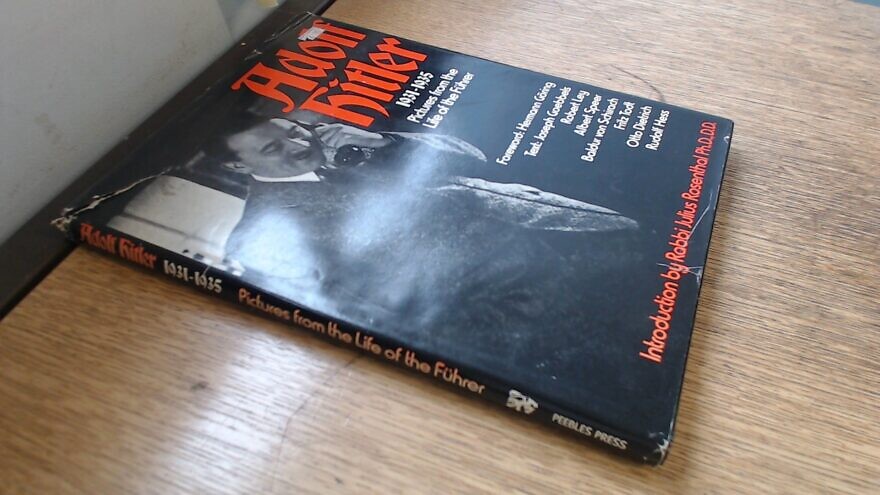 (April 2, 2020 / JNS) Amazon on Wednesday apologized to a British customer who called on the online retail giant to “immediately” remove from sale a book disguised as a puppy-training manual that in fact contains a full reprint of a 1930s Nazi propaganda book eulogizing Adolf Hitler’s achievements, ideology and work.

“We apologize to the customer for this issue, which was caused by a one-off printing issue with a supplier. Our supplier has confirmed that steps have been taken to ensure it doesn’t happen again,” Amazon said in a statement.

Lorraine Phipps purchased on Amazon Puppy Training by Jenna Jimenez on March 2 and was shocked to find instead, printed inside the book, Adolf Hitler, 1931-1935: Pictures From the Life of the Führer, originally published in 1936 with a foreword by leading Nazi party figure Hermann Göring. It contains 203 photographs and has accompanying text authored by some of the highest-ranking Third Reich officials, including propaganda chiefs Joseph Goebbels and Otto Dietrich.

“When my husband and I went to read it, despite the cover being as expected, it was actually a reprinting of a 1936 pro-Nazi propaganda book,” she said.

Phipps said she asked Amazon to remove the “awful and misleading item from their listings” three times. As of Wednesday, only the book’s audio version is available on Amazon.

Phipps also left a review on Amazon that includes a video showing the full Nazi propaganda book printed inside the dog manual.