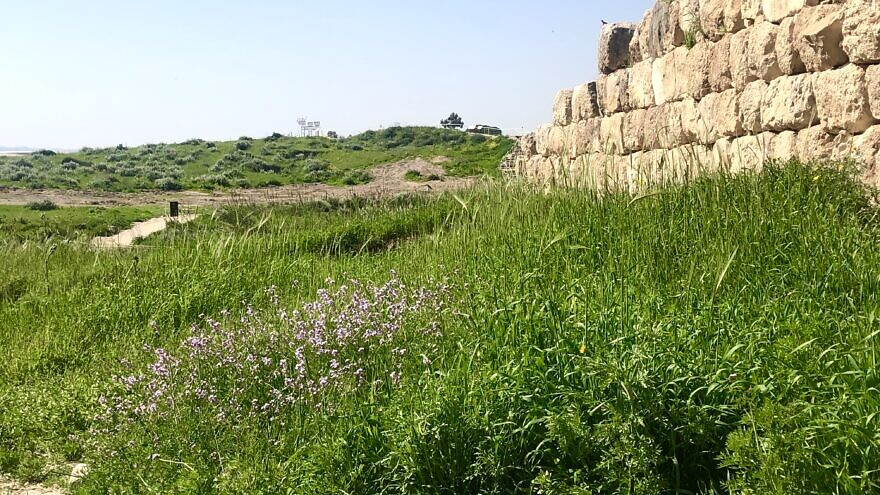 (May 10, 2022 / JNS) Israel boasts one of the most varied and developed national park systems in the world. Though a country that could fit into Lake Michigan with room to spare, visitors will find no fewer than 57 national parks and 22 nature reserves spanning Israel’s diverse geographic zones.

The parks are a great way to get acquainted with the country if you’ve never been here before, or reacquainted if it’s been a while since your last visit. Traditional sites like Masada, Capernaum, Ben-Gurion’s Tomb and Ein Gedi are just a few of the must-sees for first-time visitors that fall under the National Parks Authority.

During the pandemic, when Israel’s borders were closed to foreign tourists, the Parks Authority seized the opportunity to upgrade many of the existing sites and even develop new ones. Repeat visitors to Israel will find it worthwhile to explore some of the old favorites like the Castel, the Hula Nature Reserve or Herodium, which have all undergone significant expansion and improvements.

One fascinating national park that’s so new it doesn’t yet have a page in English on the Parks Authority website is Tel Lachish. 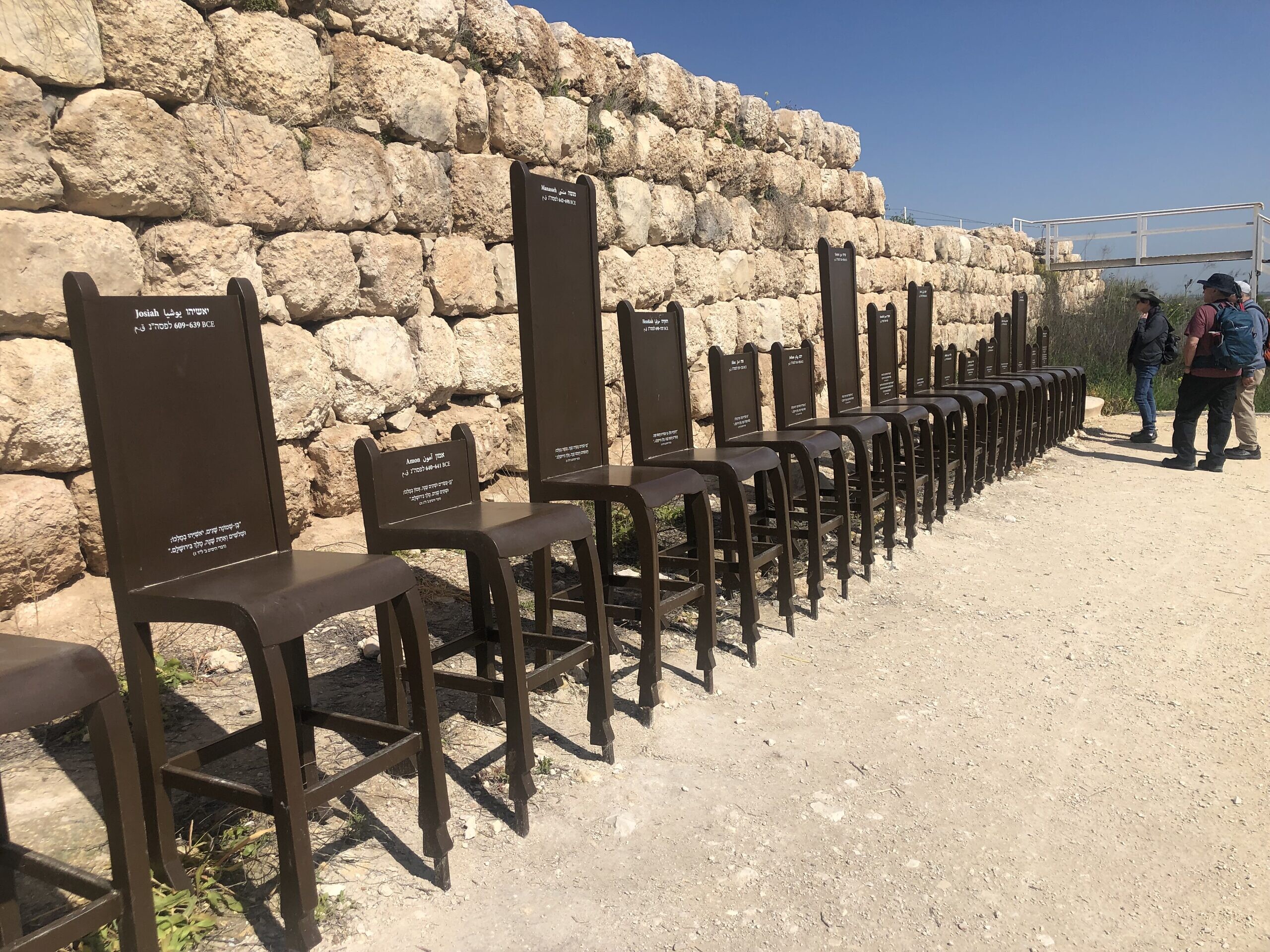 Lachish is located about an hour’s drive from both Tel Aviv and Jerusalem, in one of the most lush, fertile regions of the country.

A visit to this impressive site fits the bill for anyone who is a Bible or history buff, a nature lover, who likes to wander off the beaten track or marvels at the construction skills of our biblical ancestors.

Lachish first appears in the Bible in the book of Joshua (Joshua 10:5): “Then the five kings of the Amorites—the kings of Jerusalem, Hebron, Jarmuth, Lachish and Eglon—joined forces.” Some of the final references to Lachish are in Kings 2, 18:14 and Isaiah 36:2, when the fortifications fell to Nebuchadnezzar.

In fact, Lachish became a battleground in two major events of First Temple times: The conquest by Assyrian King Sennacherib in 701 BCE and the Babylonian conquest in 586 BCE that led to the destruction of the First Temple and the end of the Kingdom of Judah.

Lachish served as the frontier of the Kingdom of Judah during the Canaanite and Israelite periods, and was the second most important fortified city in Judea, guarding the main route between Egypt and Jerusalem. From the eleventh through the sixth century BCE Lachish defended the kingdom against the Philistine attacks on its western frontier. 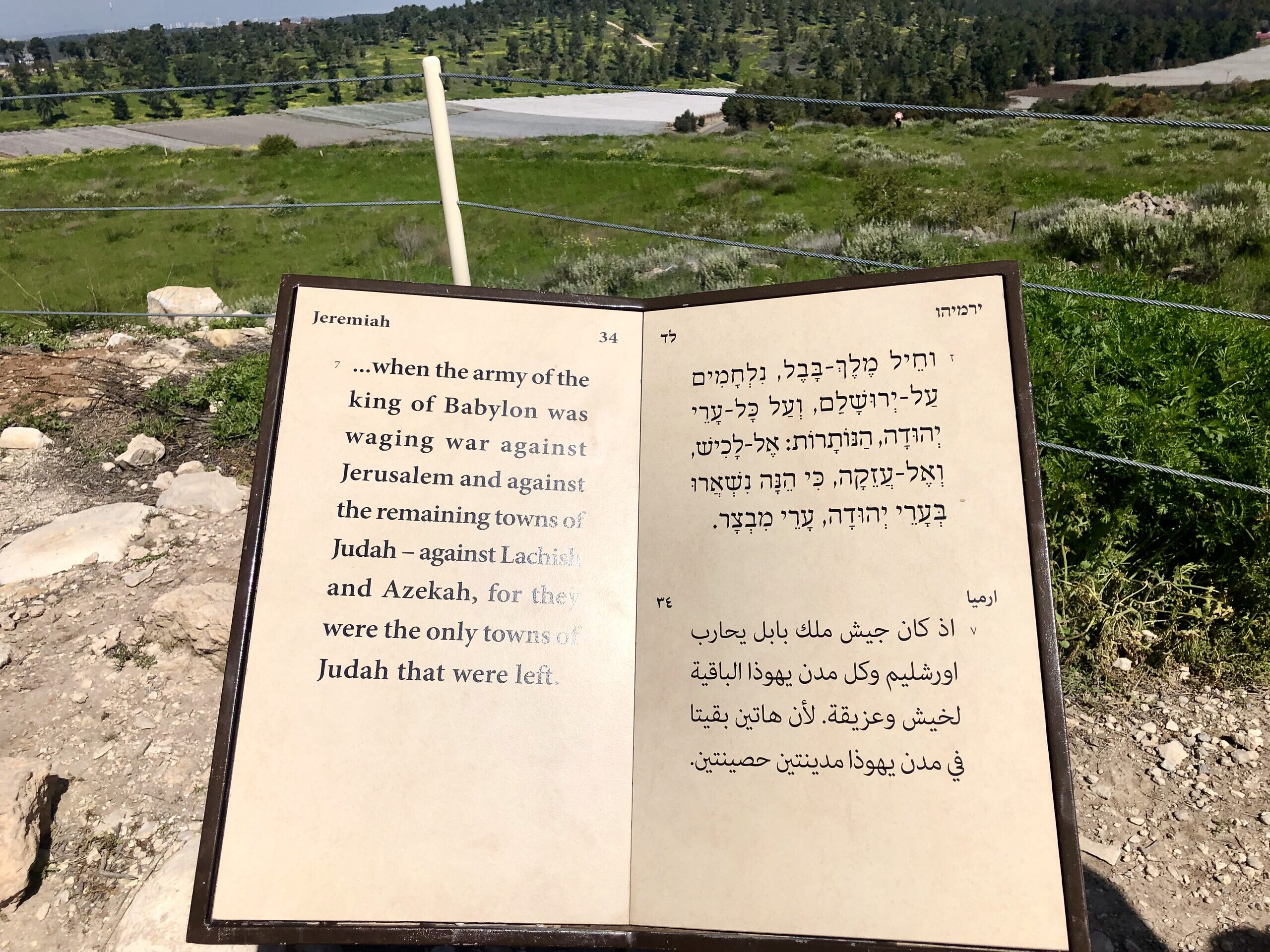 In the park today visitors can clamber over remnants of those fortifications and walk up the remains of the only Assyrian ramp in existence in the world.

Passing through what was the main gate to the town, there are depictions and descriptions of the kinds of people who would have gathered there. Signs are large and easy to read in Hebrew and English, and it’s not hard to imagine the various kings and their courtiers who held sway at this important ancient crossroads.

The route to the reconstructed palace of King Hezekiah takes visitors through the market area, where thanks to the clear illustrations, it’s easy to visualize the hustle and bustle that took place here thousands of years ago.

The palace is the highest spot at Tel Lachish, and the views over the surrounding pastoral moshavim and rolling hills are both breathtaking and calming.

A creative feature that brings ancient royal history to life is a display of chairs of various heights, lined up in a row. The height of each chair indicates the length of each monarch’s reign, and is inscribed with a biblical verse about that particular king.

Just a few steps away is another imaginative attraction that appeals to both kids and adults. It’s a display with the names of several different ancient cities in four types of script: modern Hebrew, ancient Hebrew, Arabic and English. By turning the wheel of the decoder, modern Hebrew names that correspond to the ancient Hebrew names come into focus.

The trails are well marked and easy to navigate for all ages. A visit to Tel Lachish is a fun, low-key and active way to introduce kids to archeology and history. Allow two to three hours for a relaxed visit. There’s no shade throughout the park, so sunblock, hats and lots of water are a must.

There is plenty of parking and as of press time, the site is open 24/7 and visits to the Tel are free since the Visitor Center is not yet open. Plans for the center include an interactive presentation that reviews the background to the conquest of Sennacherib and an exhibit based on the Lachish reliefs discovered in the palace of the Assyrian king Sennacherib.

While an ancient toilet has been discovered at the site, modern bathroom facilities are not yet operating, so be sure to make a stop at a gas station on the way.

Tel Lachish is just outside the fence of Moshav Lachish, which is worth a visit to see the spectacular greenery and a community that was founded in the mid-1950s. Just as in biblical times, Moshav Lachish is renowned for its cultivation of table grapes.

To make a full day in the area, it’s easy to access a portion of the Israel Trail from the parking area of Tel Lachish, or take a 15-minute drive to see the villages of Bnei Dekalim and Amatzya, where many families evicted from Gush Katif in 2005 have rebuilt their communities or revitalized existing villages.