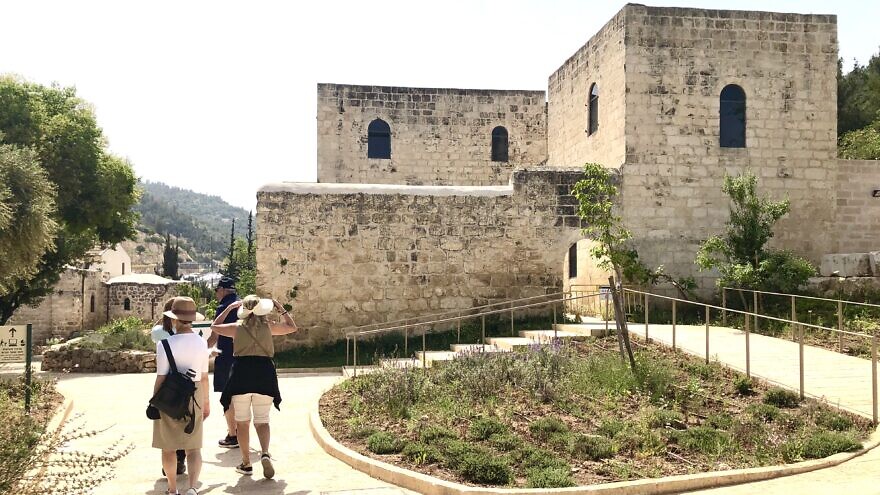 (May 3, 2022 / JNS) The days around Yom Hazikaron (Memorial Day for the Fallen Soldiers of Israel and Victims of Terrorism) Yom Ha’atzmaut (Independence Day) and Yom Yerushalayim (Jerusalem Day) are the perfect time to take a trip to some of the sites associated with those dates.

While tourists have been absent for the past two years due to the pandemic, Israel’s tourism authorities used the time to upgrade and update some of the most important sites and open new ones to the public. Several of those are in the Judean hills surrounding Jerusalem and will bring the story of the founding of the State of Israel to life.

If you have ever traveled on the main highway between Tel Aviv and Jerusalem, you have probably noticed the shells of several old armored vehicles on the side of the road. Now, there’s a new interactive commemorative center that will take you straight to the heart of the 1947-1948 battle for control of the road, and to an understanding of the importance of those battered trucks and transport vehicles.

The Khan Sha’ar Hagai Center was opened last year and is part of the Israel Nature and Parks Authority. The original Ottoman-era buildings of the former roadside inn have been restored, and several buildings that have been added to house the Center were built in the same Ottoman style.

Visitors proceed through a series of rooms that highlight the personal stories of those who took part in the hundreds of convoys that brought food, ammunition and medical supplies to the besieged citizens of Jerusalem during the 1947-1948 War of Independence.

Commanders and truck drivers recount on video how they came under fire from Arabs who controlled the hills overlooking the only road into Jerusalem. Sha’ar Hagai and Latrun lie in a narrow valley just before the ascent to Jerusalem, and the convoys were easy targets. If one truck was firebombed or broke down, all the vehicles behind it were sitting ducks for Arab fire. 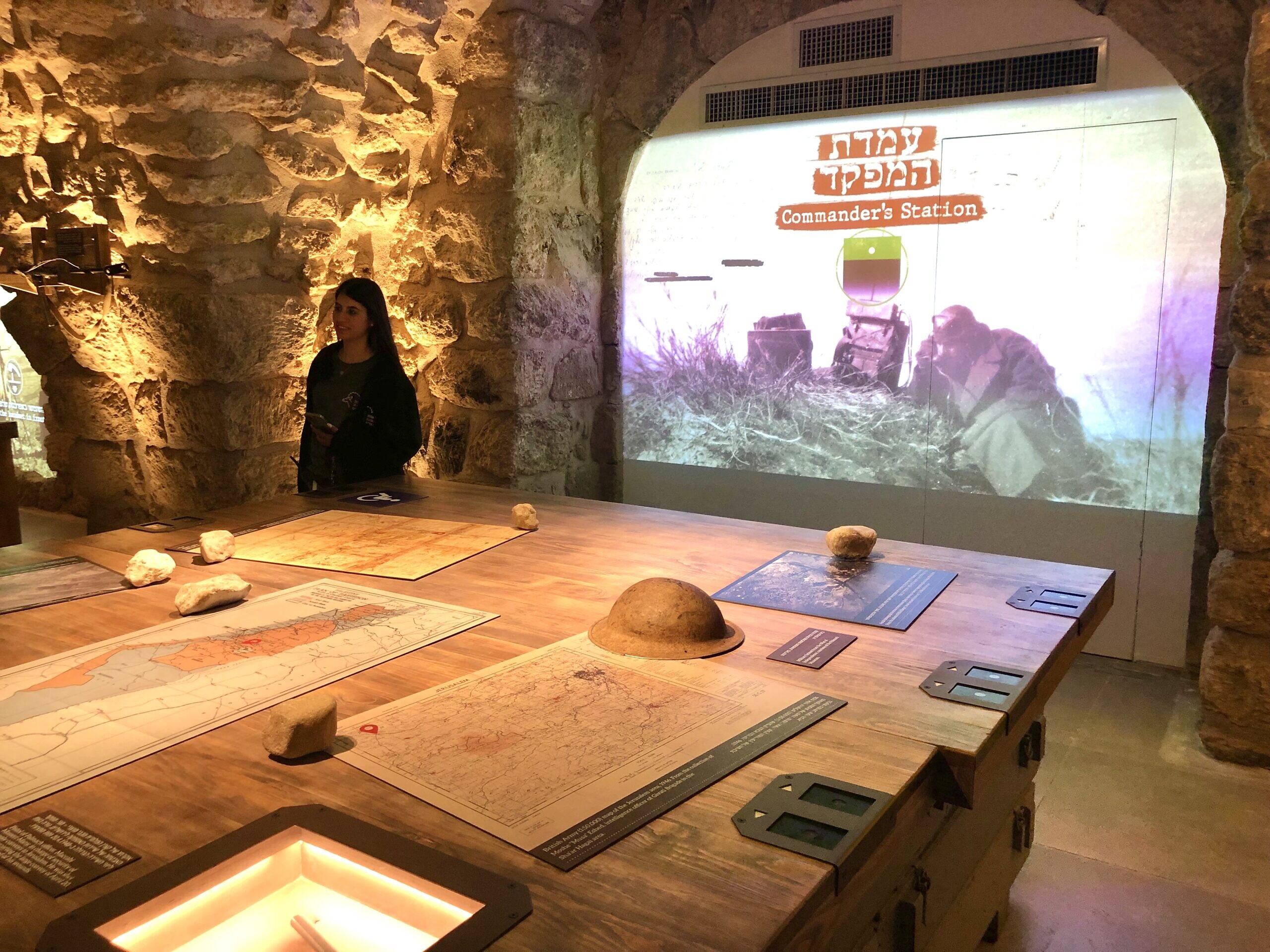 But visiting the Center is not just a passive experience of listening and watching. There are simulations, in which visitors are presented with real situations that confronted the Jews of 1948 and asked how they would react. How quickly could you decipher a coded message? If you were commanding a convoy and those in the rear were attacked, would you push on to Jerusalem or retreat?

Visitors sit together inside an armored truck while listening to the diary of an 18-year-old nurse who tended to the wounded and dying fighters who never made it to Jerusalem. There’s a first-person account and a visual depiction of how the Burma Road came into existence. That rocky track circumvented Sha’ar Hagai and broke the blockade on Jerusalem. 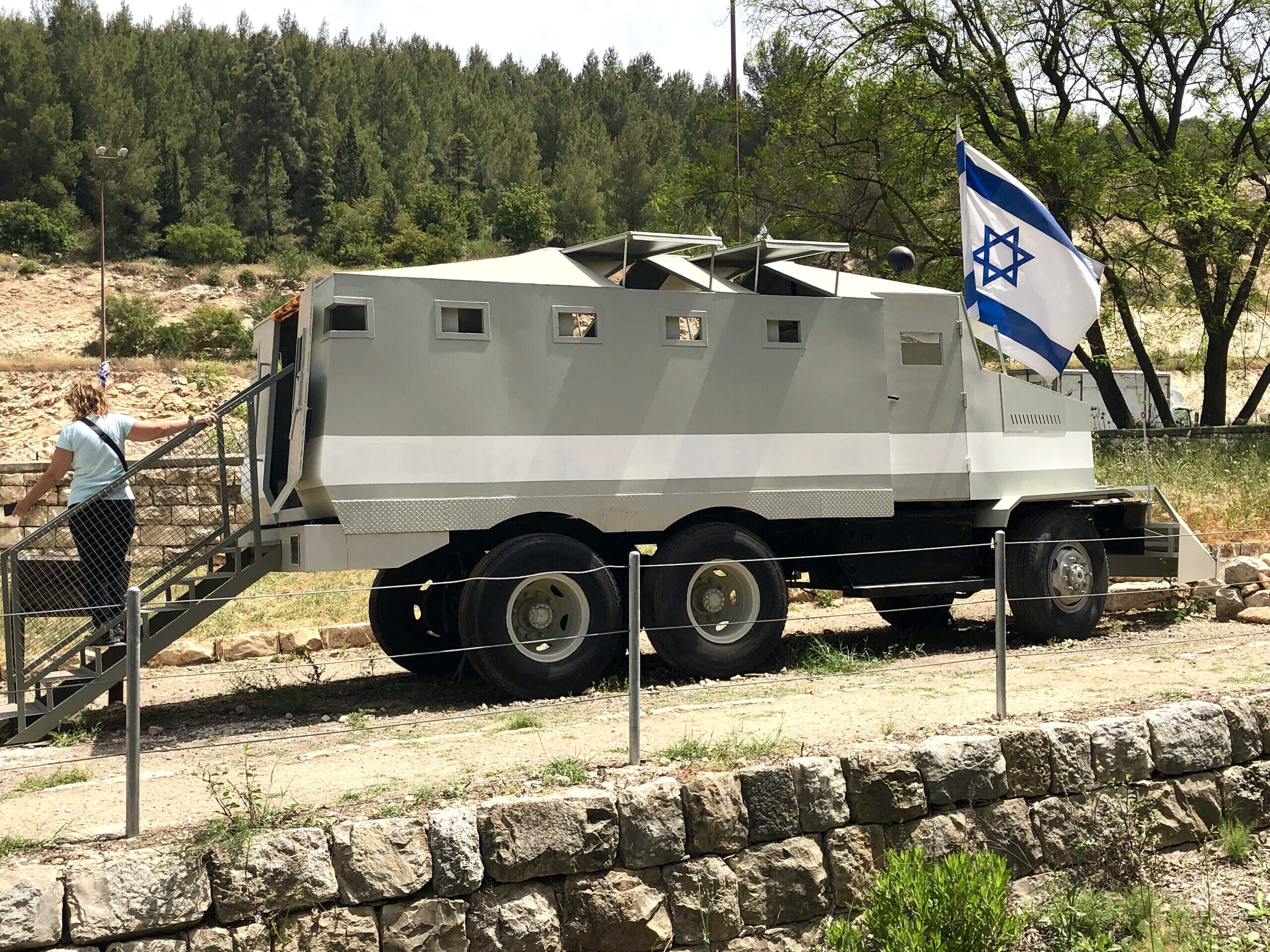 There are more personal stories and anecdotes, told by those who were only 16 when they fought to keep Jerusalem alive and under Jewish control. The narrative is enhanced by recently uncovered archival footage.

Three original convoy vehicles are displayed in the courtyard of the Center, that’s just a few yards away from today’s six-lane highway that carries thousands of cars in and out of Jerusalem every day.

The 45-minute guided tour of the Center must be booked online in advance and is suitable for visitors aged 10 and above. Entry fee: 22 shekels for adults, 9 shekels for children. Open 7 days a week. 8 a.m.- 5 p.m.

Less than 15 minutes away is another recently upgraded site related to the same historical events. The 360-degree view from the Castel, which overlooks the Tel Aviv-Jerusalem highway, is stunning.

This is the place where the definitive battles over the road to Jerusalem took place in April 1948. Originally fortified by the Romans and Crusaders, the site today is dotted with interactive stations offering plenty of information about how the battles played out. For groups, there are spaces for leadership and teamwork exercises based on learning about the events that took place there.

Kids as well as adults will enjoy scrambling through the communications trenches near the top of the hill, and the 11-minute video that’s screened in an ancient well brings the stories of the heroism and courage of those who fought here to life. 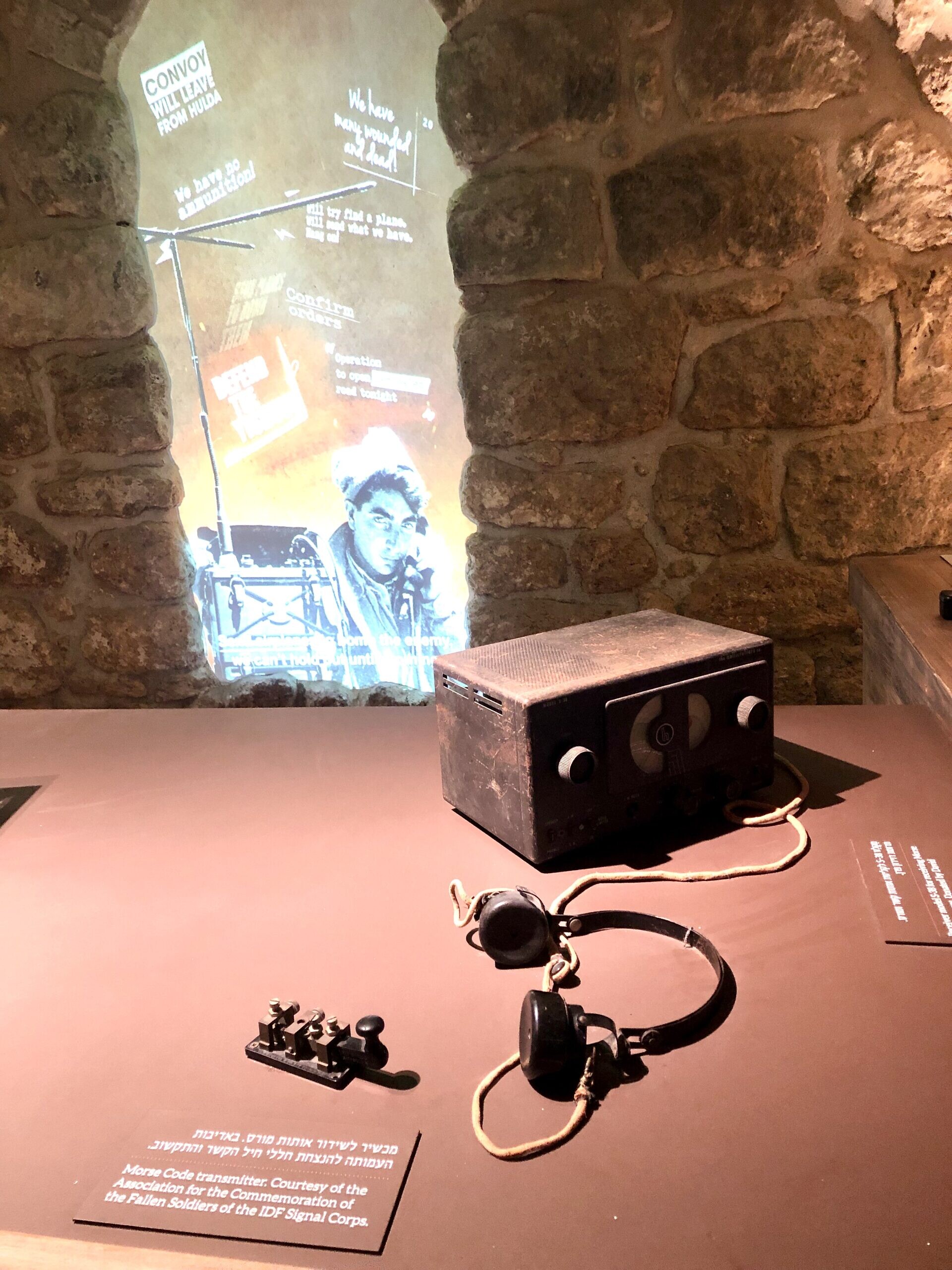 It’s worth spending another hour or two to visit the Burma Road. There are several places close to Khan Sha’ar Hagai where a portion of the road can be accessed. They’re clearly marked by brown signs along Route 38 and are accessible by bike or car. But the best place to get a sense of the route that broke the siege of Jerusalem is at Mitzpe Harel on Route 44. Here you’ll find a 20-foot-wide topographical map of the area as well as views that will give you a real sense of the terrain. There’s also a well-marked entry, where you can drive along the Burma Road and emerge not far from the Tel Aviv-Jerusalem highway.

A day visit to these sites will make Yom Hazikaron, Yom Ha’atzmaut and Yom Yerushalayim a more meaningful experience.