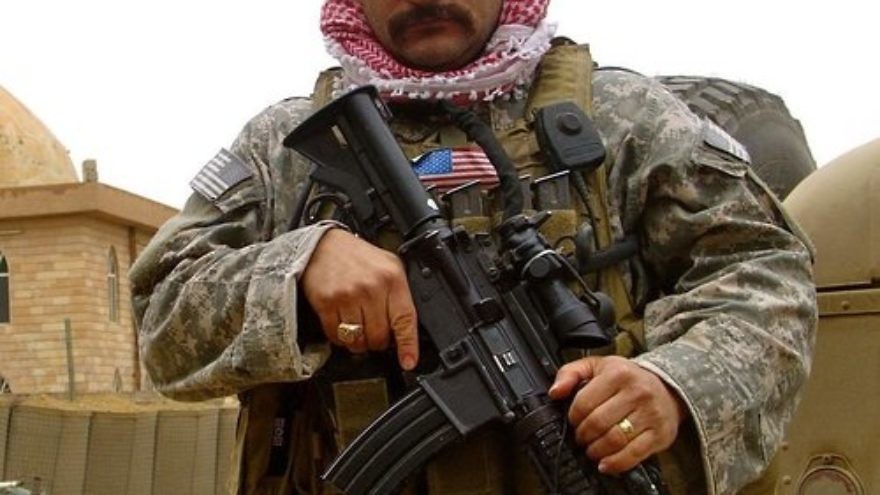 Retired Lt. Col. Sargis Sangari, CEO of the Near East Center for Strategic Engagement think tank, says that following the Trump administration’s travel ban, Iraq’s Kurds “may now feel compelled to implement their own travel ban against U.S. citizens, since their Muslim brethren would interpret such opposition as both a betrayal and an unpardonable offense against their religion.” Credit: Near East Center for Strategic Engagement.
Republish this article
760 WORDS
Spread the word.
Help JNS grow!
Share now:

Assyrian autonomy would do more than rectify a centuries-old injustice. It could also be the key to preventing irreversible damage to relations between the U.S. and the Kurdish Regional Government (KRG).

President Donald Trump’s controversial travel ban against seven Muslim-majority countries has been met with a growing backlash in the Middle East. In response to Trump’s executive order, the Iraqi parliament voted to support reciprocal restrictions, barring Americans from entering Iraq unless Washington reverses its decision. This leaves Iraqi Kurds in a very precarious position.

“The KRG must now decide whether to help unify Iraq or go to war with Iraq,” said retired Lt. Col. Sargis Sangari, an expert on Assyrian Christians and CEO of the Near East Center for Strategic Engagement. “The Kurds may now feel compelled to implement their own travel ban against U.S. citizens, since their Muslim brethren would interpret such opposition as both a betrayal and an unpardonable offense against their religion.”

Any refusal by the KRG to implement such a ban would put the Kurds at odds with the federal government in Baghdad. It would also prove damaging to Kurdish aspirations for independence, since the KRG cannot afford to enter negotiations while opposing the travel bans imposed by Iran and Iraq against American citizens.

By supporting Assyrian statehood, the KRG would send a clear message that it stands firmly with the U.S. and Western values. The three countries would share an unbreakable bond based on shared morals and economic prosperity. Assyrians are indigenous to Mesopotamia, and their history spans more than 6,700 years. When the Assyrian Empire came to an end in 612 B.C.E, the Assyrians would go on to become the first nation to convert to Christianity. The Assyrian language, a dialect of Aramaic, is likely what Jesus would have spoken during his lifetime.

Prior to the Islamic conquest of the Middle East, the Assyrian Church had an estimated 80 million adherents. Today, the Assyrian population throughout the world has been reduced to a little more than 4 million. Continuous murder, rape and forcible conversions to Islam have resulted in as much as 95 percent of this ancient community being forced to live outside there native region.

Until 2003, the Assyrian-Christian population numbered 1.5 million in Iraq. By the end of 2015, that number had been reduced to an estimated 150,000. This constitutes a 90-percent reduction of the Assyrian Christian population in their ancestral homeland. This genocide of Assyrians continues today, with the Islamic State terror group committing mass murder, forced conversions, rape and the destruction of Christian holy sites under its dominion.

“If a new Assyrian state becomes a reality, Assyrians from all over the world would go back,” said Sangari. “The majority of talented, Western-educated Assyrians would probably go back as well.”

American Assyrians who return to their homeland would represent a link to the U.S., which the KRG could cultivate by supporting the foundation of this new Assyrian state. President Trump recently stated that persecuted Christians in the Middle East would be given priority as refugees. If the KRG were to aid in the rebuilding of the Assyrian national homeland, this would represent a goodwill gesture that would reverberate to Washington and send a powerful message that the genocide of Christians in the region will not be tolerated.

Western-educated Assyrians would serve as a significant boon to the region. Coupled with oil production, a sophisticated economy would emerge for everyone’s benefit. Kurdish statehood is therefore contingent on the rebirth of an Assyrian state. Although KRG President Massud Barzani recently stated that a declaration of Kurdish independence was imminent, the problem is that the KRG remains deeply divided. There is no guarantee that the two factions that make up the Kurdish Peshmerga forces will remain unified, since both militias remain deeply partisan. This division, compounded by potential conflicts with Iran and Iraq, does not bode well for the continued survival of a Kurdish state. Rather than a blessing, oil wealth would be a regional curse as it is used to fund further military campaigns.

If the KRG supported the rebirth of an Assyrian state, it would have a reliable and powerful ally in the region. A new U.S.-backed alliance between Kurdistan, Assyria and Israel that enshrines Western principles of freedom and democracy would create an oasis of peace and prosperity in an area of the world that desperately needs it.

Bradley Martin is a fellow with the Haym Salomon Center news and public policy group and deputy editor for the Canadian Institute for Jewish Research.