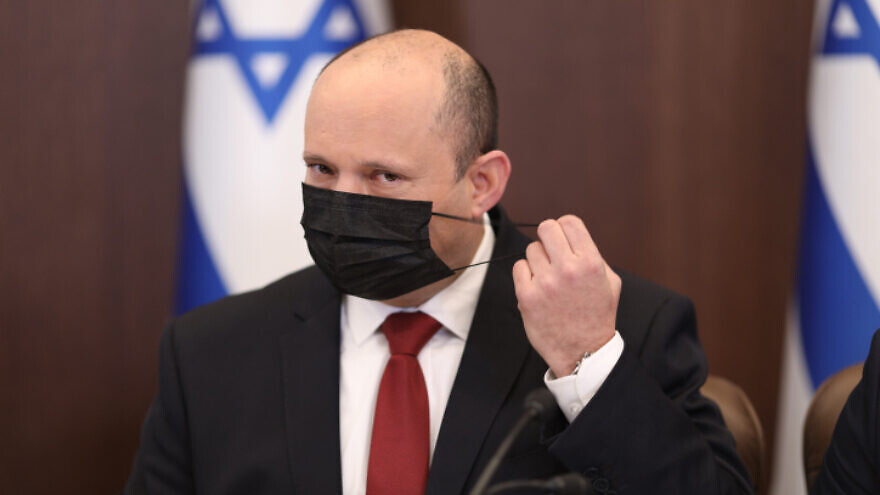 Bennett received the news during a special Cabinet session in Kibbutz Mevo Hama in the Golan Heights. Upon being informed of the diagnosis, Bennett handed over the gavel to Justice Minister Gideon Sa’ar and left the meeting.

The prime minister tested negative for the virus later in the day, but his office said he would remain in quarantine as a precaution. His daughter will enter self-isolation until she is no longer considered a carrier of the virus. The two will avoid contact during this period.

Just before the Cabinet convened, an employee at the Prime Minister’s Office was found to be positive through a rapid antigen test. The employee was sent into self-isolation, but this did not affect the ministers, as it was determined that none had come into close contact with her.

Education Minister Yifat Shasha-Biton’s daughter also tested positive. As a result, Shasha-Biton did not attend the Cabinet meeting, having entered quarantine. The minister also took a PCR test, which came back negative.