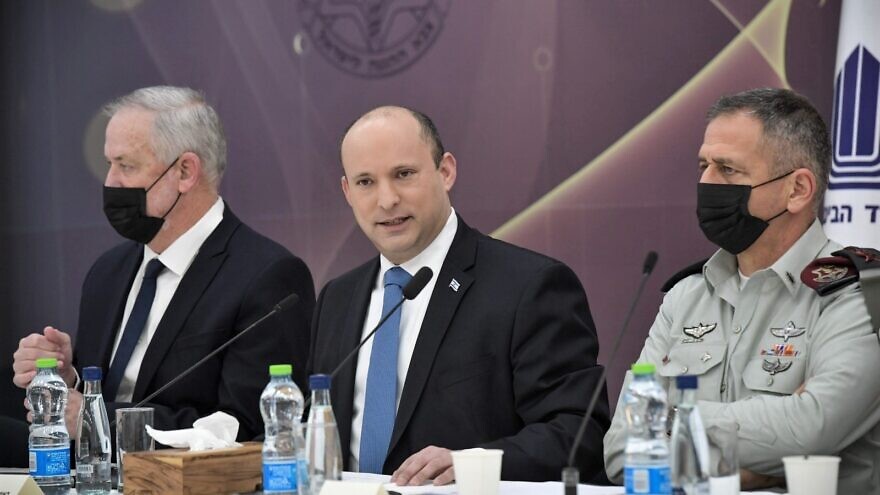 (January 21, 2022 / JNS) At an Israel Defense Forces’ General Staff Forum on Thursday, Israeli Prime Minister Naftali Bennett said that the country’s central mission is to significantly harm the Iranian regime and its regional proxies, such as Hezbollah, Hamas and other terror factions based in the Middle East.

Along those lines, the prime minister talked about ways to further consolidate Israel’s international standing by strengthening the assets Israel can offer in a range of sectors, with an emphasis on high-tech, dealing with the ongoing coronavirus pandemic and other areas.

Bennett thanked the Israeli military and the defense establishment for the high level of security they provide to Israel’s citizens and for their “significant contribution in dealing with the coronavirus,” according to a statement from the Prime Minister’s Office.

Also on Thursday, Israeli Defense Minister Benny Gantz said he would bring to a government vote plans to activate a program in which the IDF would assist home-care COVID-19 patients in order to ease pressure from hospitals and medical clinics. The program would incorporate 150 conscripted soldiers who have been qualified as doctors and nurses, in addition to 200 soldiers, such as conscripts and reservists, in other roles.