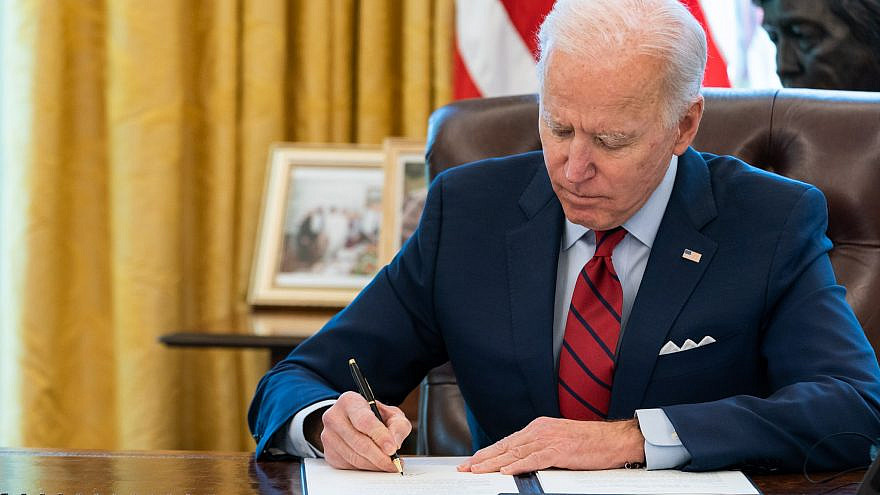 (February 2, 2021 / JNS) The Biden administration has said it will adopt the International Holocaust Remembrance Alliance (IHRA) working definition of anti-Semitism, a key tool in fighting anti-Semitism at home and abroad.

While addressing the Organization for Security and Cooperation in Europe (OSCE), U.S. Deputy Assistant Secretary of State Kara McDonald stated: “We must educate ourselves and our communities to recognize anti-Semitism in its many forms, so that we can call hate by its proper name and take effective action. That is why the International Holocaust Remembrance Alliance’s working definition of anti-Semitism, with its real-world examples, is such an invaluable tool.”

McDonald continued: “As prior U.S. administrations of both political stripes have done, the Biden administration embraces and champions the working definition. We applaud the growing number of countries and international bodies that apply it. We urge all that haven’t done so to do likewise.”

The Conference of Presidents of Major American Jewish Organizations praised the announcement.

“We commend the Biden administration’s robust and unqualified endorsement of the IHRA definition, which reflects the broad support that exists for the most authoritative and internationally accepted definition of anti-Semitism, as well as the widespread view that it is critically important to define anti-Semitism in order to combat it successfully,” said Conference chairman Arthur Stark, CEO William Daroff and executive vice chairman Malcolm Hoenlein.

“This is especially essential at a time when acts of anti-Semitism and Jew-hatred are on the rise at home and abroad,” they added.

The adoption comes amid tensions within the American Jewish community over the IHRA definition.

Earlier in January, a group of left-wing Jewish and Israeli groups known as the Progressive Israel Network issued a joint statement in opposition to adopting the definition, claiming that doing so would silence criticism of Israel. The Conference of Presidents pushed back against the network and expressed support for the IHRA definition.

The 51-member Conference of Presidents adopted the definition last week ahead of International Holocaust Remembrance Day on Jan. 27. However, two members of the Conference that also belong to the Progressive Israel Network did not: Americans for Peace Now and the Workers Circle.

Over the last several years, the IHRA definition of anti-Semitism has been adopted by countries and organizations across the world as the standard to help combat rising anti-Semitism.