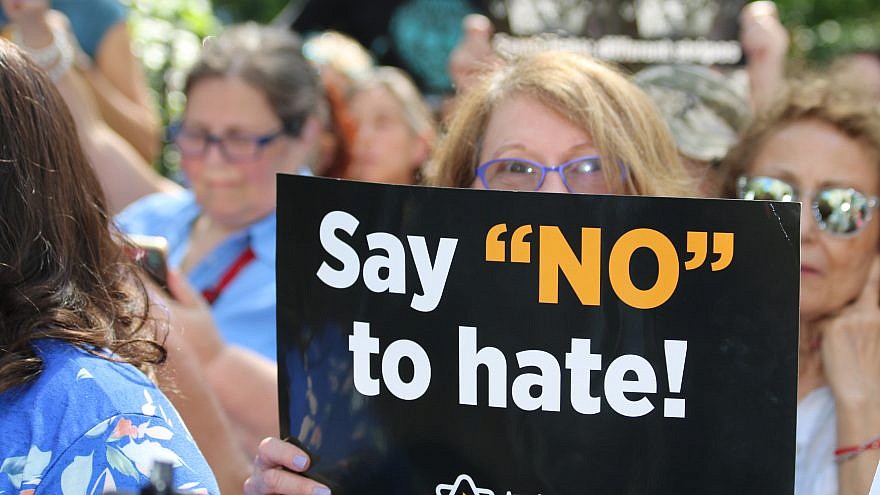 (January 26, 2021 / JNS) A coalition of 51 Jewish and pro-Israel organizations has adopted the International Holocaust Remembrance Alliance’s (IHRA) working definition of anti-Semitism on Thursday.

The organizations are members of the Conference of Presidents of Major American Jewish Organizations, which announced the adoption on Tuesday, the eve of International Holocaust Remembrance Day.

The two other members of the umbrella organization, Americans for Peace Now and the Workers Circle, did not adopt the definition.

Americans for Peace Now, which is highly critical of Israeli policy, told Haaretz last month that it would not adopt the definition because it is “already being abused to quash legitimate criticism and activism directed at Israeli government policies.” The Workers Circle, a Yiddish culture group, did not comment on the announcement.

The adoption follows the approval (without objection) of a Conference of Presidents resolution calling for member organizations to adopt the IHRA definition in November. The definition received bipartisan support in Congress and is consistent with and builds upon definitions endorsed by the last three presidential administrations.

“At a time of increased anti-Semitism at home and abroad, as well as great divisiveness in America, American Jewry is sending a clear message that we are united in our determination to combat anti-Semitism in all of its manifestations,” said the organization in a statement.

“The IHRA definition, which is anchored in the principles of human and civil rights, as well as anti-discrimination principles and policy, serves as an educational tool to assist local, state, and national authorities that are responsible for identifying, combating, and monitoring anti-Semitism and hate speech,” it continued. “It also helps to educate the public about the multi-dimensional and evolving nature of anti-Semitism today.”

The move came as a debate has emerged in the Jewish and pro-Israel community over whether the IHRA definition should be adopted into law.

A group of left-wing Jewish and Israeli groups issued a joint statement this month in opposition to adopting the definition, claiming that doing so would silence criticism of Israel.

The Conference of Presidents pushed back against the Progressive Israel Network and expressed support for the IHRA definition.

It penned a letter to then-U.S. President-elect Joe Biden stating that the definition “is now the most comprehensive and authoritative definition of anti-Semitism” and therefore “all federal departments and agencies” should consider adopting it. Agencies charged with carrying out Title VI are already required to do so.

Over the last several years, the IHRA’s definition of anti-Semitism has been adopted by countries and organizations across the world as the standard to help combat rising anti-Semitism.