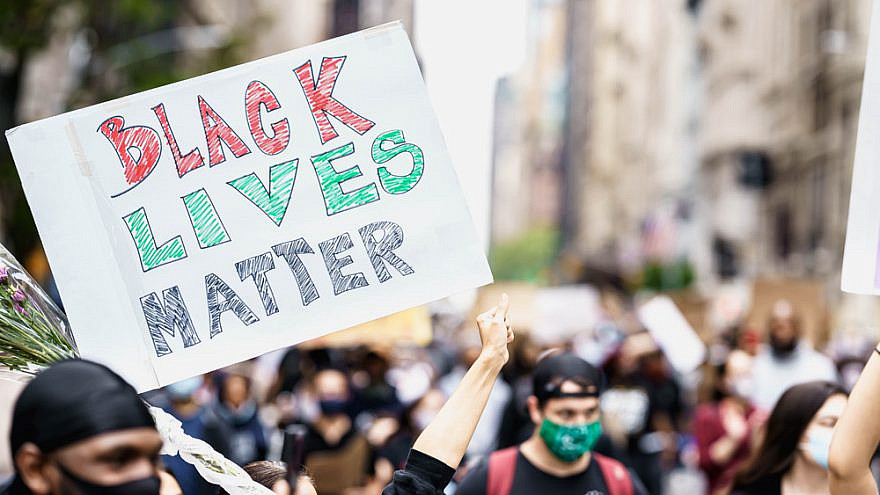 (May 19, 2021 / JNS) The Black Lives Matter movement has expressed solidarity with the Palestinians amid the ongoing conflict between Israel and terrorist groups based in the Gaza Strip.

“Black Lives Matter stands in solidarity with Palestinians,” the group tweeted. “We are a movement committed to ending settler colonialism in all forms and will continue to advocate for Palestinian liberation (always have. And always will be). #freepalestine.”

The tweet was endorsed by the BDS movement on Twitter, which tweeted a “thank you” in response.

“Thank you for your solidarity,” it said. “From Ferguson to Palestine, our struggles against racism, white supremacy and for a just world are united!”

Prior to the rocket fire from Gaza into Israel for the second week now, BLM also weighed in on the ongoing property dispute between Israelis and Arabs in the Sheikh Jarrah neighborhood of Jerusalem.

The movement’s official Instagram account posted a message on its Story Page, saying BLM “is in solidarity with Palestinians in Sheikh Jarrah and the West Bank. We are a movement committed to ending settler colonialism in all forms and will continue to advocate for Palestinian liberation. #SaveSheikhJarrah.”

Its various branches in cities across the United States posted similar messages on their social media accounts. The offices in Patterson, N.J., said in a statement last week that it stands shoulder to shoulder “with those fighting occupation,” and called on the Biden administration to “join us in condemning these senseless acts of violence [against Palestinians] and work to end the State of Israel’s campaign of terror against the Palestinian people.”

BLM has drawn accusations of anti-Semitism in the past—specifically, the group’s affiliation with and endorsement of the anti-Israel BDS movement.