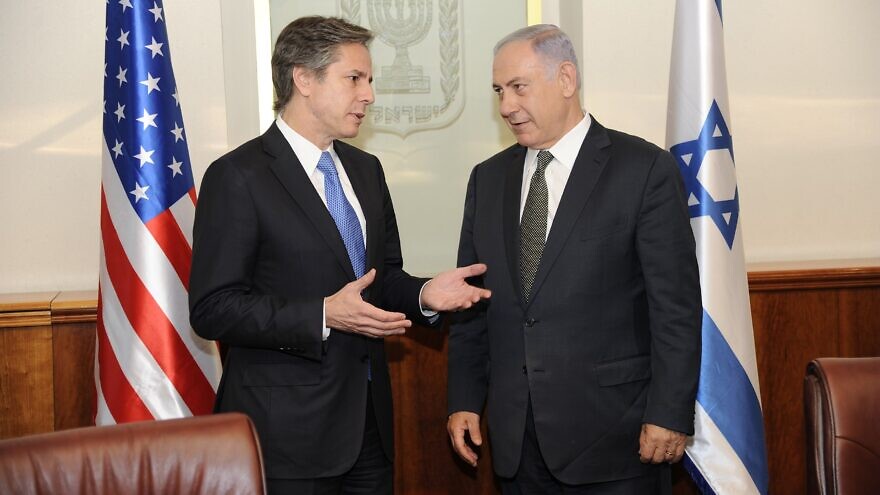 “I look forward to working with the new Israeli government to promote peace, security and prosperity in the region, and to advance the interests and values that have been at the heart of our relationship for decades,” he said in a statement.

Earlier this month, Blinken was the keynote speaker at J Street’s annual conference in Washington, D.C. The secretary took the opportunity to reject BDS and unilateral actions at the United Nations but also said that the Abraham Accords could be “leveraged” to pressure Israel.

“The deep bonds between the United States and Israel have long been based upon an unwavering commitment to Israel’s security and certain shared ideals, including democratic principles and a vision of Israel at peace with its neighbors,” the statement continued. “As President Biden said, we will work with the new government to jointly address the many challenges and opportunities facing Israel and the Middle East region, including the threat from Iran, and will continue to support a two-state solution and oppose policies that endanger its viability or contradict our mutual interests and values.”

Blinken concluded by affirming that the U.S. is committed to promoting “equal measures of freedom, justice, security, and prosperity for Israelis and Palestinians alike.”