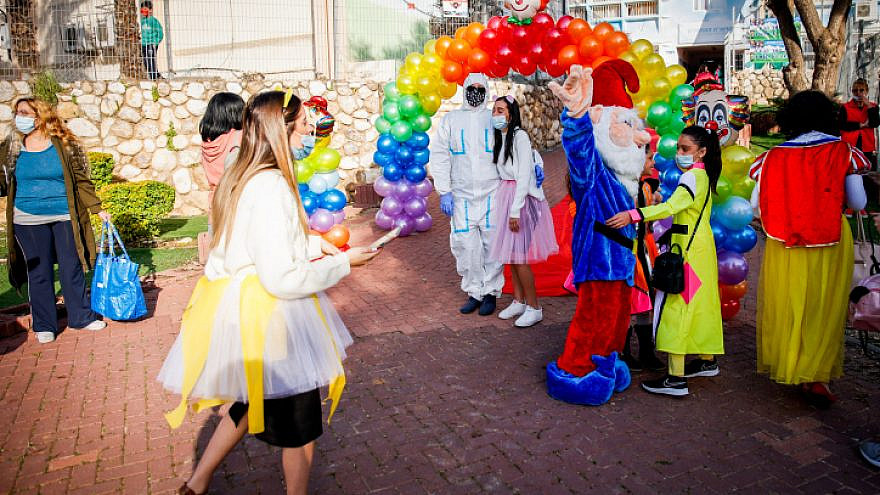 (February 24, 2021 / JNS) Israel’s Cabinet on Tuesday approved a nighttime curfew for the Purim holiday weekend in an attempt to forestall a spike in COVID-19 infections due to parties and gatherings. Starting Thursday night, the eve of Purim, and ending on Sunday morning, the curfew will be in effect from 8:30 p.m. to 5 a.m.

During the hours of the curfew, members of the public must remain within 1,000 yards of their own homes and may not be present in others’ residences. Private intercity travel will be banned entirely for the hours of the curfew, starting at 8 p.m. on Thursday. Intracity public transportation will be reduced and occupancy limited to 50 percent. Police will also be setting up roadblocks on intercity arteries and at entrances and exits to cities and towns.

The Cabinet stressed that in addition, no Purim gatherings would be allowed during the daytime exceeding 10 participants indoors or 20 people outdoors.

Following the Cabinet’s approval of a curfew, the Israel Police began gearing up to enforce it, with an eye on planned underground parties.

One high-ranking police official told Israel Hayom that because Purim would be the first holiday after Israel began lifting its third nationwide lockdown, the public was feeling “a sense of freedom,” especially in light of the vaccination campaign, and warned that “it will be hard to enforce the curfew hermetically.”