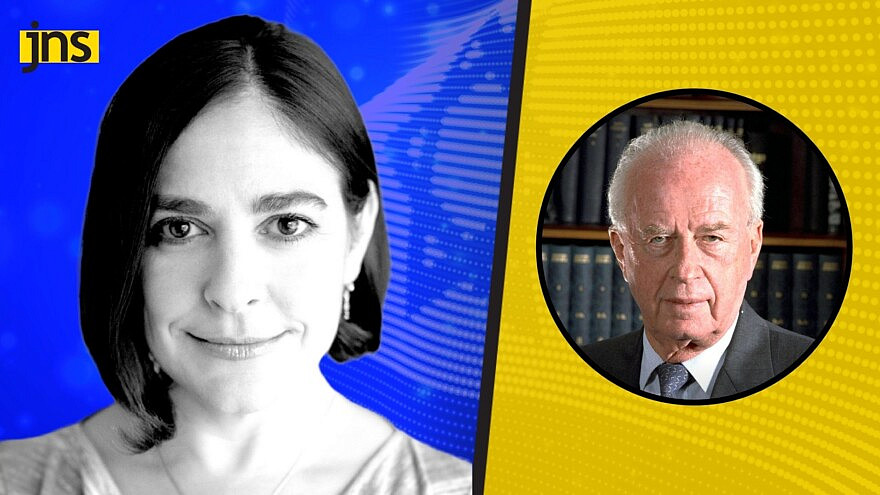 (November 8, 2022 / JNS) On this episode of the “Caroline Glick Show,” Glick argues that the Israeli left has been distorting Prime Minister Yitzhak Rabin’s legacy for its own political benefit.

“What the left has been doing all along for the past nearly 30 years is to demonize the right and distort Rabin’s own legacy of what he believed and what he stood for in order to transform Rabin, who was a sort of realist-nationalist, into a John Lennon-esque, utopian progressive,” says Glick.

During the show, Glick shares her experience as a young officer in the Israeli military during the Oslo peace process, between 1994 and 1996.

According to Glick, Rabin’s idea for peace was not so different from the one pursued by Benjamin Netanyahu, the leader of the Likud Party. Under this vision, “Israel would continue to have perpetual control and sovereignty over the Jordan Valley and also over the Israeli communities in Judea and Samaria,” she says.

The demonization of the right

Glick and Diker also discuss the roots of the international demonization of Israel, which according to Diker can be traced back to the 1960s.

“The Soviet Union in 1964-65 tried to paint Israel as a Nazi state in the United Nations, and it failed. But then again, 10 years later, it actually was the sponsor and the drafter of the infamous U.N. General Assembly Resolution 3379, which was the infamous resolution stating that Zionism is racism,” he says.

According to Glick, the left “ignores the actual ideas, actions, values and ideology that animate their political opponents, because they want to demonize them to make everybody fear them, and to instill fear and a detestation of anybody who’s not on the progressive side of the aisle.”