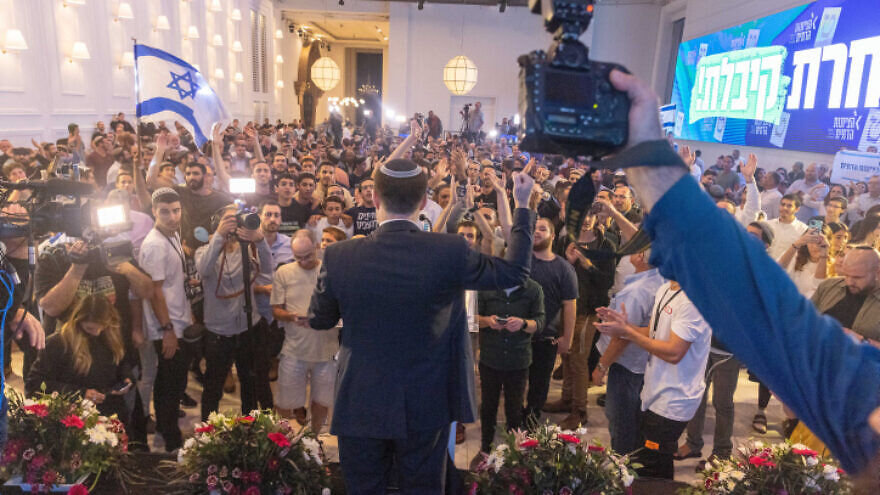 “There is no conspiracy. Yes, there was a significant failure on the part of the Jewish Division at the Shin Bet, and yes, to this day it refuses to take responsibility,” Smotrich wrote in reference to the Nov. 4, 1995, murder of Rabin by extremist Yigal Amir.

“The media, as usual, is again twisted and distorted,” he added, referring to the reportage on his initial statements.

On Sunday, Smotrich said during a commemoration event for Rabin in the Knesset that the Shin Bet employed “irresponsible manipulations, which haven’t been fully exposed to this day, to encourage the murderer [Amir] to carry out his plan.”

The accusation was an apparent reference to former Shin Bet agent Avishai Raviv, codenamed Champagne, who was embedded among Jewish extremists prior to Rabin’s murder and was later indicted for—and thereafter acquitted of—allegedly knowing about and failing to prevent the assassination.

The 1996 report by the Shamgar Commission, the state inquiry into Rabin’s killing, included a classified section about Raviv’s purported involvement in the murder.

Raviv is on record stating that while he heard Amir effectively place a death sentence on Rabin by invoking a Jewish law known as a din rodef, he did not view the matter as significant.

Smotrich is expected to receive a senior ministerial position in a Netanyahu-led government.