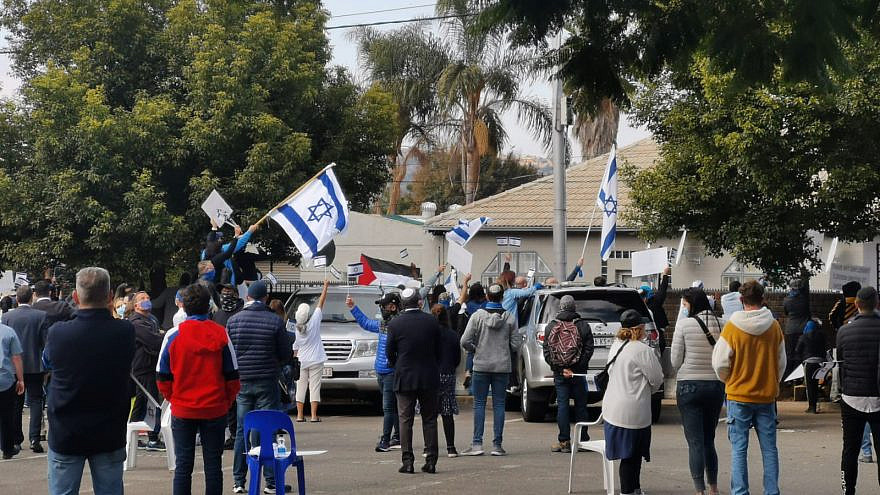 Goldstein challenged the president’s claim, saying “the truth is that there is no apartheid in Israel. All its citizens are equal before the law, have the right to vote and serve at every level of government.”

Meanwhile, the South African Zionist Federation hosted a rally in support of Israel on Sunday outside its offices in Johannesburg.

Photos from the scene show Israel supporters waving Israeli and South African flags, and holding a variety of pro-Israel posters, including one that said, “ISRAEL WE STAND WITH YOU.” The federation said on Twitter that even as BDS supporters gathered across the street to chant “Free Palestine,” the conviction of the pro-Israel crowd “did not waver.”

The goal of the rally was to encourage South Africans to respect Israel’s rights and freedoms, despite different opinions on the Israeli-Palestinian conflict, explained the federation, as reported by the local publication Eyewitness News.

“Our interest here is peace,” said the federation’s Bafana Modise. “We are urging all parties in these two communities to come together for a peaceful negation and a lasting peaceful solution. Propaganda and demonization of the other will never produce peace.”