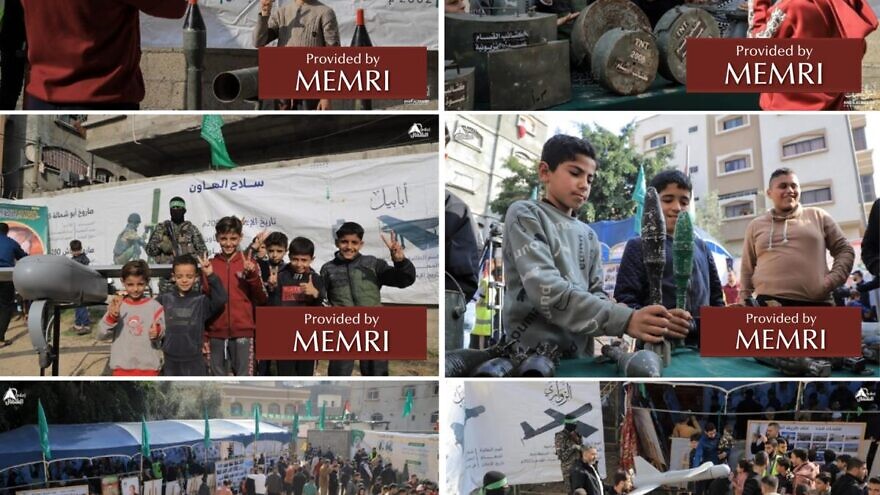 (December 14, 2022 / JNS) Hamas held an arms exhibition in the Gaza Strip on Dec. 9,  showing off locally made weapons as part of a series of events leading up to the 35th anniversary of the Palestinian terrorist group’s founding, according to a report by the Middle East Media Research Institute (MEMRI).

The terrorist group’s “military wing,” the Izz Al-Din Al-Qassam Brigades, displayed various weapons at the expo, which was attended by senior Hamas officials, armed and masked terrorist commanders and operatives and other Palestinians, including children, according to the report.

Hamas spokesman Abd al-Latif al-Qanou explained that the exhibition “presents the story of the development of the means of resistance during the 35 years of the movement’s existence, starting with knives, pistols and old rifles, and including rockets and drones.”

Meanwhile, Virginia Gamba, the U.N. Special Representative for Children and Armed Conflict, is visiting Israel and the Palestinian territories, where she is scheduled to meet with senior officials before compiling her annual report on children in the conflict.

According to Israeli media, officials will present Gamba with information on the “cynical use of children by Palestinians, particularly terror groups: from recruiting children and teenagers as combatants to weapons training, summer camps, indoctrination and using UNRWA schools as terrorist shelters.”