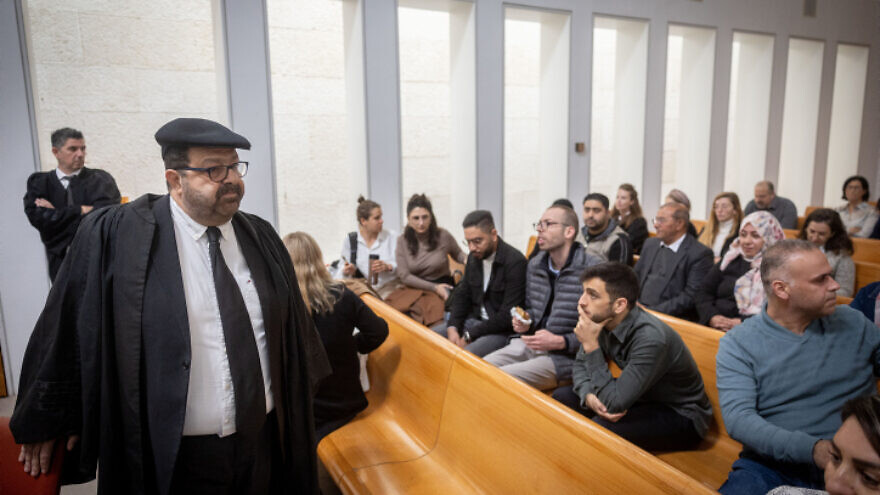 A hearing at the Supreme Court in Jerusalem on a number of petitions related to the Citizenship Law, Dec. 1, 2022. Photo by Yonatan Sindel/Flash90.
Spread the word.
Help JNS grow!
Share now:

“We are deeply alarmed by the attempted supervision of the authority of Israel’s High Court by newly appointed Israeli Justice Minister Yariv and his government,” the statement published on Wednesday said.

Among the reforms being proposed is an “override clause” that would allow the Knesset to vote again on legislation struck down by the Supreme Court and pass it into law with a 61-seat majority.

“Israel flourishes as the Middle East’s only democracy,” the statement continued, “guaranteed and sustained by an independent High Court. The timing of this new bill is transparently self-serving for those in power and risks weakening the Jewish and democratic character of Israel. It is excruciating to see this government directly undermine the core values of democracy and religious freedom that we value so deeply.”

Reining in the Supreme Court was a top priority during the formation of Israeli Prime Minister Benjamin Netanyahu’s governing coalition, with detractors criticizing the Supreme Court for accumulating too much power, self-selecting its members and basing its rulings on a left-wing worldview that puts it at odds with the letter of the law.

However, critics of an override clause say it will undermine human rights and weaken Israel’s already fragile system of checks and balances. The Rabbinical Assembly also accused Netanyahu’s incoming government of damaging the court for political gain.

“The RA proudly stands for the rights of all and champions the integrity and independence of the High Court, which has historically safeguarded minority rights against the threat of tyranny by the majority,” the statement concludes. “The justice minister’s interference with judicial review and particularly the proposed ‘override clause’ not only threaten the fundamental rights of Masorti/Conservative Jews everywhere, but the rights of all Israel’s citizens and residents, regardless of their affiliation to any particular religious movement, nationality of origin, or ethnic background.”