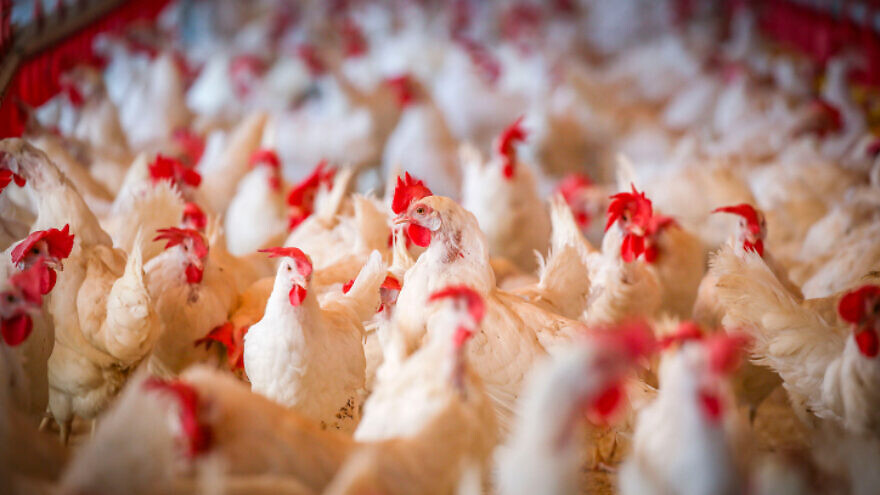 (January 2, 2022 / Israel21c) Every autumn, around half a billion migratory birds fly through Israel on their way from cold Europe to warm Africa. Thousands stay here all winter. But this breathtakingly beautiful scene has an ugly side: Every year, some of the visiting birds bring avian (bird) flu with them.

Probably contracting the virus in their northern breeding grounds in Europe and western Asia, visiting birds often infect ducks and geese in Israel. This year, for the first time, migratory common cranes are catching the flu. Israel Nature and Parks Authority workers have already collected some 5,200 crane carcasses in Agamon Hula Lake Nature Park in the Upper Galilee, where up to 40,000 cranes spend the winter.

The park, normally teeming with birdwatchers and schoolchildren during the migration season, is closed to the public during the gruesome cleanup operation.

Because cranes roost in crowded groups, the infection spreads like wildfire, says Jonathan Meyrav from Birdlife Israel, the Israel Ornithological Center of the Society for the Protection of Nature in Israel.

And the virus has spread to egg and turkey farms, prompting the Ministry of Agriculture’s Veterinary Service to declare a state of emergency. 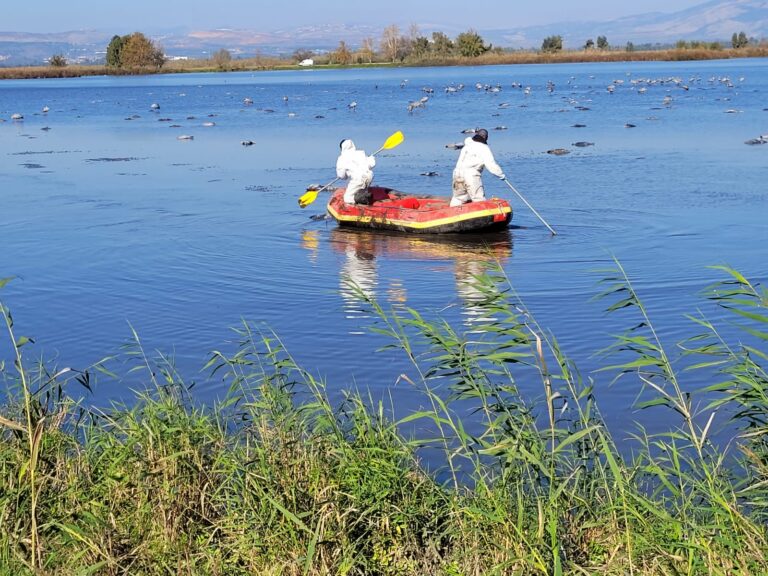 Some 560,000 laying hens and 90,000 turkeys have been destroyed, including all chickens in the egg-producing village of Margaliot a half-hour north of the Hula Valley.

“Every year we get avian influenza in a flock here and there, but this is the first time I ever heard of it in an entire village in my 40-year career,” he said. 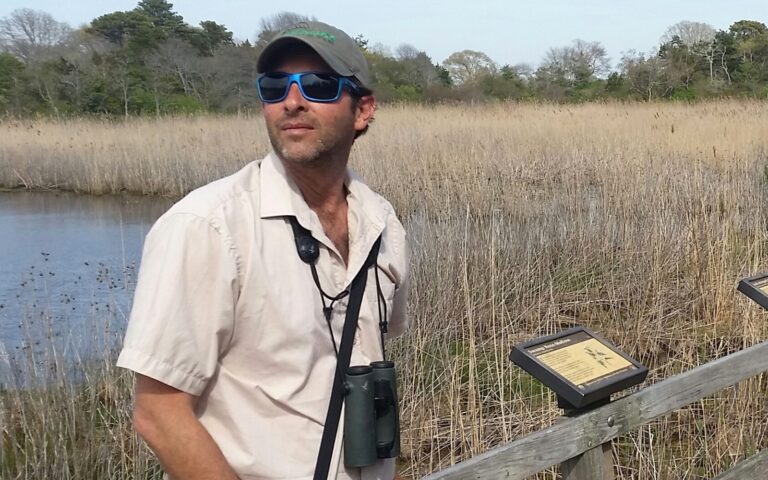 Avian flu is rampant this year not only in Israel but also in 40 other European, African and Asian countries, as infected birds carry the virus across the migration route. The United Kingdom and the Netherlands have been especially hard hit.

Nobody knows why this annual phenomenon is worsening. Asian H5 viruses—first detected in 1996 in Chinese geese—may be getting more aggressive. Perhaps there’s some connection to climate change.

Outbreaks usually begin in October and end by April. This year, the Paris-based World Organisation for Animal Health (OIE) began receiving bird flu reports in May. The first cases arrived in Israel in October with the start of the migration season. 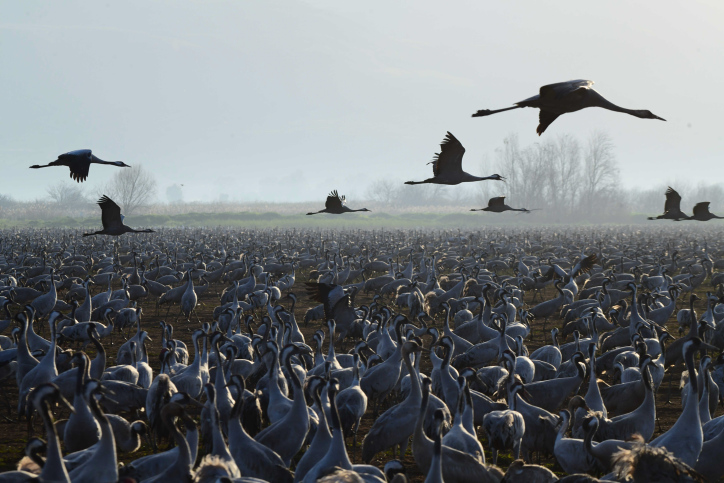 “In particular in 2021, an unprecedented genetic variability of [H5] subtypes has been reported in birds, thus creating an epidemiologically challenging landscape,” according to the OIE.

At a time when the whole world is grappling with the COVID-19 pandemic, the avian flu outbreak is fueling concerns about animal and human health on this side of the globe.

In the Western hemisphere, Asian H5 viruses aren’t yet a major concern. According to the U.S. Centers for Disease Control (CDC), other avian viruses spread from wild birds to poultry “from time to time,” but it hasn’t been a serious problem.

In affected regions, avian flu spreads from wild birds to poultry farms on the shoes and tires of people who have stepped in, or driven through, infected bird droppings.

“One gram of manure from infected migratory birds contains about a million contaminated particles,” said Rozenboim.

“The virus spreads fast and survives at different temperatures. The only way to eliminate it is to eradicate the commercial chicken flocks,” he added. 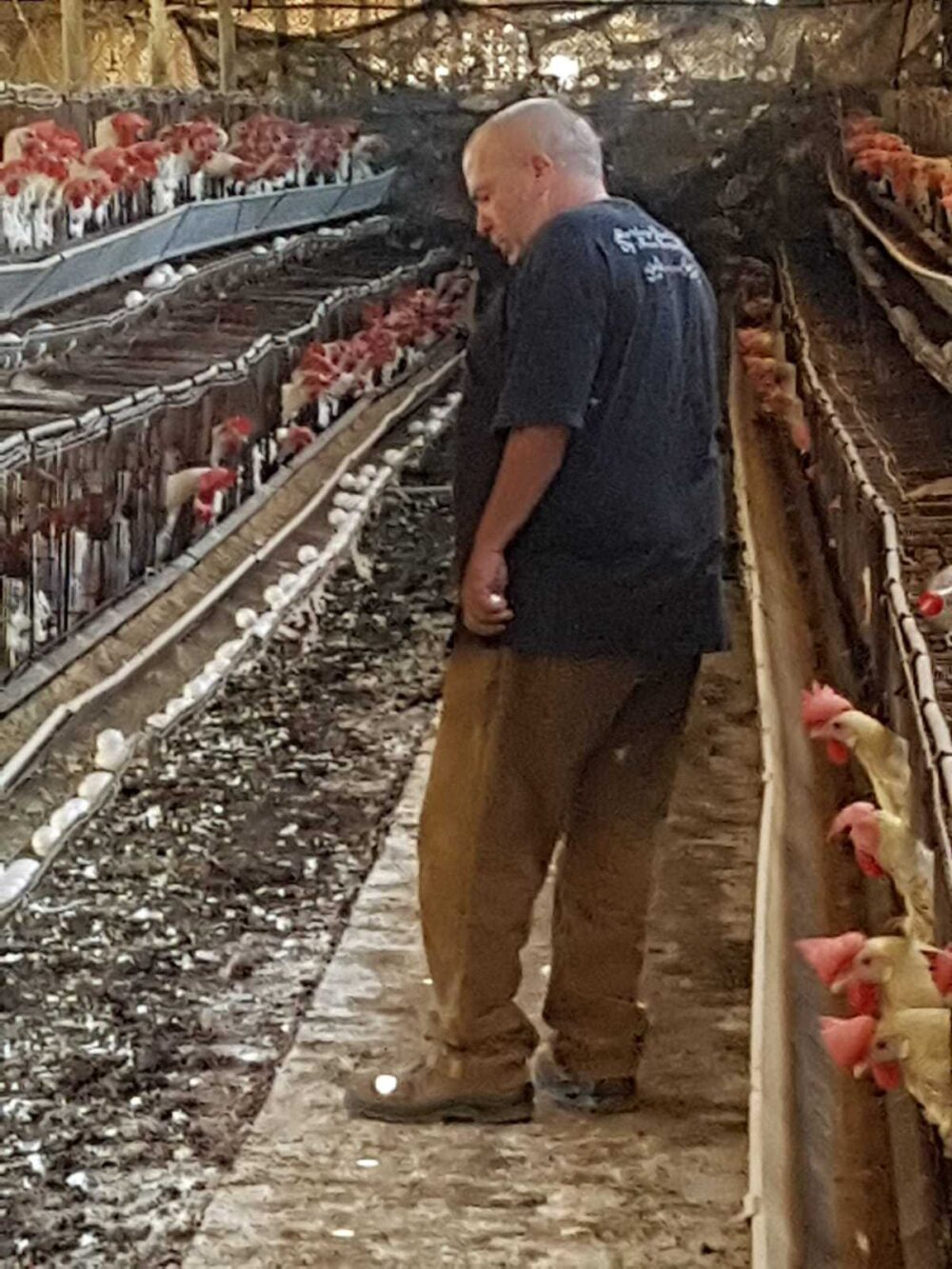 The best protection is biosecurity—practices including changing, covering or disinfecting shoes and clothing when entering and leaving the coops; not transferring birds from one farm to another; keeping wild birds from entering coops; and spacing coops far apart.

Rozenboim says “contamination flies around easily” on Israeli egg and turkey farms—not on farms where broilers are raised—because the coops were built too close to one another.

“When every chicken house is isolated, this will keep the infections from migratory birds down,” he says.

The OIE has urged member countries to “implement strict biosecurity measures in farms, in commerce and in live bird markets to prevent it from spreading.”

Dr. Haim Krispin, a veterinarian specializing in poultry, says that the wild crane infection this year is unprecedented and worrisome.

“Once this outbreak is over, people will have to study what can be done differently to avoid future outbreaks,” he said.

He suggests, for example, rethinking the current strategy of encouraging migratory cranes to winter in Hula Valley. “This turns it into a habitat and concentrates them in bigger numbers for longer times.”

For now at least, the flu has not spread much in the wild bird population beyond the wintering cranes in Hula Valley.

“The worldwide crane population is stable and a loss of even 10 or 20 percent will be significant, but not critical for the population as a whole,” said Meyrav from Birdlife Israel.

According to Meyrav, there have been sporadic sightings of dead or dying cranes in the Jezreel, Beit She’an and Hefer valleys and even in the northern Negev. A few white pelicans and egrets were felled by the bird flu as well.

“The good news is that it doesn’t seem to have hit other bird species significantly,” he said.

“Theoretically it can affect all birds, although here we are not finding it to spread beyond the cranes. Unless the virus mutates into something more violent, so far it is a ‘natural’ factor and is not threatening whole populations,” he added.

It is possible, but rare, for avian flu to infect humans. According to the OIE, only “prolonged and close contact with infected birds” endangers people.

“In Israel, I don’t think we have any evidence of the virus moving to humans,” said Rozenboim, adding that Margaliot residents are getting antiviral treatment as a precaution.

“We don’t eat raw eggs or chicken, and when you cook them there is no problem. The eggs from affected farms will be eliminated anyway,” he said.

“Although rare, since 2003 about 800 human infections with H5N1 influenza viruses have been reported by the World Health Organization, primarily in countries in Asia, Africa, Europe and the Near East,” said Taube, who studies microbiology, immunology and genetics.

“The unique feature of the virus is the exchange of genetic material between different viral strains, generating a new strain that is more violent and can highly spread between humans,” he explained. 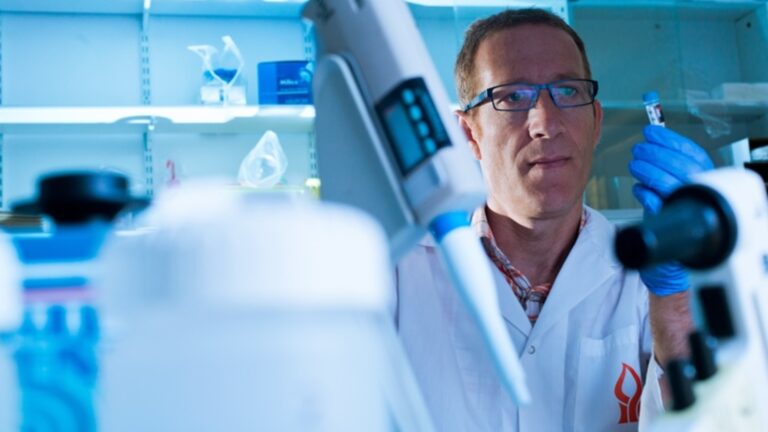 Dr. Ran Taube from Ben-Gurion University of the Negev. Photo by Dani Machlis/BGU.

“The risk of transmission to humans is not high, but [transmission] can occur if there’s direct contact with the [infected] animal or its secretions. Thus, whenever avian influenza viruses are circulating, there is a risk for human transmission. Chances are low, but certainly not zero,” he added.

“Great care needs to be taken in order to prevent a pandemic which, relative to COVID-19, will be a disaster.”

The most immediate effect on residents of affected countries will be an egg shortage.