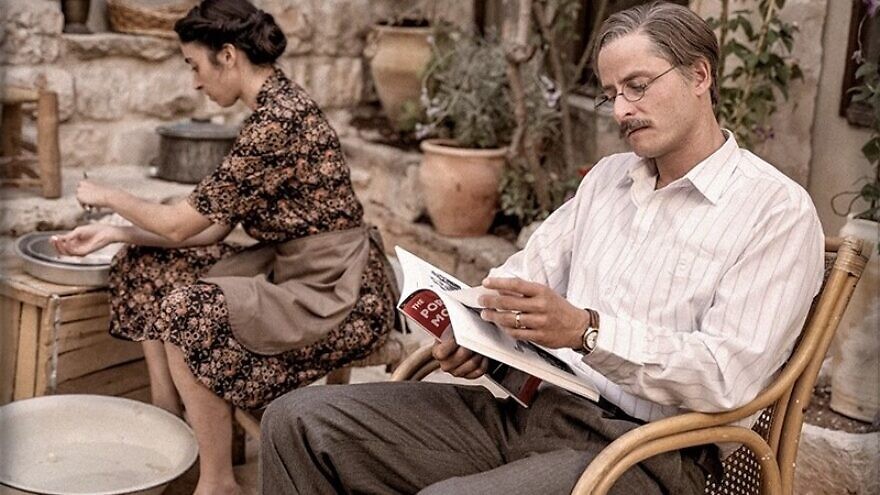 (May 17, 2022 / JNS) When Michael Aloni’s agent told him about “The Beauty Queen of Jerusalem,” he was a bit confused. “Since when is there a beauty pageant in Jerusalem?” Aloni recalled asking at the time, at an event last week at Temple Emanu-El’s Streicker Center in New York City.

He’d just finished filming the third season of “Shtisel” and had shaved off his beard. He said he read the best-selling novel by Sarit Yishai Levi, on which the show is based, in less than two days and cried while reading it.

“There was such an intense shift of everything ‘Shtisel’ stands for and what Akiva is—and then shifting into something that is so out there,” he said.

In the novel and the show, the Armoza men are sort of cursed to marry women they don’t love. The family deals with numerous issues over a span of decades as Palestine is controlled by the Turks in the early 1900s, then by the British as part of its mandate until it eventually becomes the modern-day State of Israel. The show jumps around a lot through different periods; at first, it’s a bit confusing, though the viewer gets used to it.

Originally slated to be filmed in Ukraine, due to the coronavirus pandemic, it was mostly filmed in Tzfat, Israel, and aired in the country. It won “Best Drama” and garnered three other awards in what is Israel’s version of the Emmy Awards. It’s also one of the most expensive Israeli productions, according to Aloni.

The 10-episode series comes to Netflix on May 20 and is one of the most anticipated Jewish shows of the year.

It certainly lives up to the hype. There’s a hanging, a shooting, a stabbing, a bomb exploding and a prison break. There’s a steamy make-out scene, a non-steamy love scene, an opium-induced hallucination and even the dressing up of an ill male baby in female clothes in an attempt to confuse the evil eye and save its life.

The show is a staggering achievement based on the fine acting of Aloni, who plays Gabriel Armoza; Hila Saada, who plays his wife, Rosa; and Swell Ariel Or, who makes her starring debut as their daughter, Luna. With her piercing green eyes and an acting range to go from tormented, bright-eyed and even comical in the seventh episode, predictions that Or is Israel’s next big star are right on the mark. If she doesn’t knock your socks off, then you’re not wearing socks.

Her character yearns for justice, independence and love. She goes through heartbreak, a mother who is cruel to her and finds herself in trouble keeping a secret from British forces.

Or said she read the book in two hours, and ironically, was first rejected after her audition for the series. Months later, she was called back and got the part.

“My parents and my grandparents and their parents—they all wanted to be an artist. They didn’t do it,” she said. “For me, this is the curse, and I’m breaking it.” 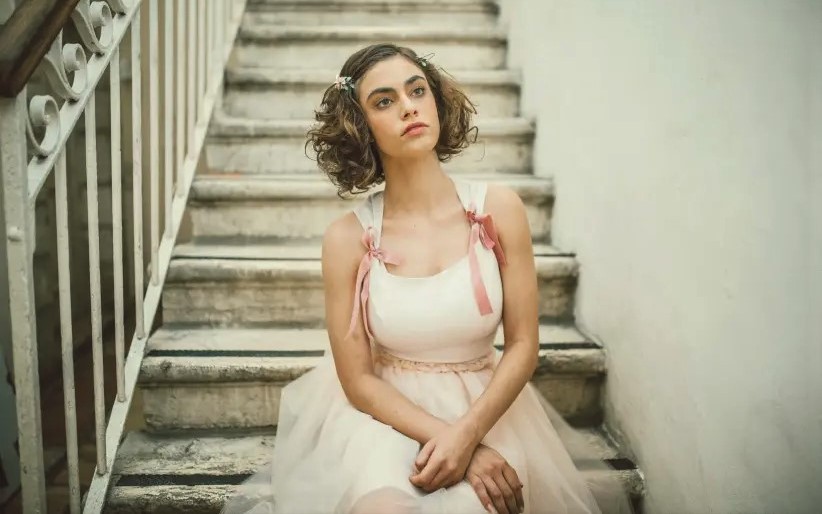 Swell Ariel Or delivers a stunning breakout performance as Luna in “The Beauty Queen of Jerusalem.” Credit: Courtesy of Netflix.

Saada, who many will recognize from “The Baker and The Beauty,” where she played a jilted lover who poured soup on the man she thought wanted to marry her, is made to look unattractive in this show. Her character is a poor cleaner who hits the jackpot, marrying into the rich Armoza family, which boasts a shop selling the finest chocolates, pistachios and other foods. She also gets a mother-in-law, Mercada, played by an exceptional Irit Kaplan, who is harsh and only values her as a vehicle to produce a grandson.

Saada is fantastic in the role of a woman who lashes out as a result of her trauma. The actress said that she had a trick up her sleeve in terms of acting like a wife who isn’t loved.

The cast includes the stellar Yuval Scharf as Rochel, who is forbidden fruit. Fans will recognize her from “Srugim.” There’s also the iconic-voiced Itzik Cohen from “Fauda” as someone who helps send messages and rocks a cool mustache. Tom Hagi shows talent as Ephraim Siton, Rosa’s brother who can be menacing but views himself through the prism of a hero, and, in fact, saves his sister from a gruesome situation not seen until the 10th episode. Shely Ben Joseph is sparkling as Matilda Franco, Luna’s friend, who advises her but winds up needing some help of her own.

“Shtisel” fans will notice a small role here for Sarel Piterman, who plays Tzvi Aryeh in that series. Eli Steen is impressive as Luna’s sister, Rachel, who wants to show she’s worthy of being kissed and willing to risk her life for a cause she believes in. Israel Ogalbo is convincing as a frat-boy type who thinks that he’ll get what he wants because of his good looks but might be pushing his luck.

Aloni is in his wheelhouse as a handsome, soulful man who is haunted by not finding love, and grapples with guilt and a desire to be honorable. His character tries to be good but does some bad things. Aloni shows why he’s a mega-star.

The show gets out of the gate quickly with several tragedies, slows the pace to allow for character development in the middle, and then revs up again in the later episodes with more pronounced violence between Jews and Arabs. It’s an emotional roller-coaster.

The show is written by Shlomo Mashiach, who created it with Ester Namdar Tamam and Oded Davidoff, who also directs. Produced by Yes Studios and Artza Productions, you’ll likely binge the first 10 episodes and eagerly await the next 10 slated to be released on July 29.