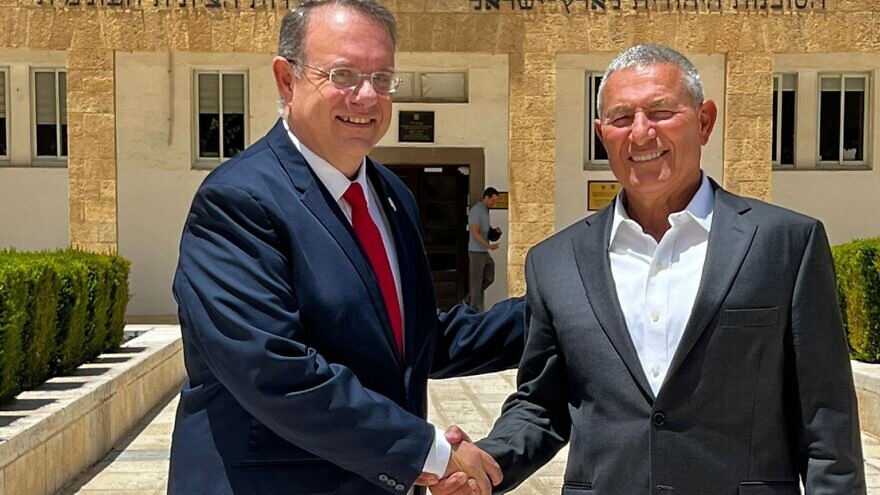 (June 16, 2022 / JNS) Maj. Gen. (Res.) Doron Almog, 71, has been nominated to serve as the new chairman of the executive of the Jewish Agency for Israel for the next four years.

His candidacy is expected to be approved during the annual meeting of JAFI’s Board of Governors in July, after which he is expected to take the post in September.

Almog previously served as the commander of the Southern Command from 2000 to 2003.

He is the founder and chairman of the Adi Negev-Nahalat Eran Rehabilitation Village, named after his son Eran, who died at the age of 23 as a result of Castleman disease.

He was a torchbearer during Israel Independence Day celebrations in 2006 as a token of appreciation for his contribution to the development of the Negev. Almog was also a recipient of the Israel Prize for Lifetime Achievement and Special Contribution to Society and the State in 2016, and served as 2022 chairman of the Israel Security Award Committee.

Almog replaces Isaac Herzog, who left the role last year after being elected president of Israel.

Yaakov Hagoel, who chairs the JAFI Nominating Committee and also the World Zionist Organization, said “I am confident that he will lead the Jewish Agency with the same dedication and determination with which his predecessors in this position acted.”

The Jewish Federations of North America also expressed support for Almog, saying, “We are very excited to begin partnering closely with Doron, a highly admired professional who has dedicated his life to the Jewish people, tikkun olam and empowering the most vulnerable in Israeli society—values that our North American Jewish community deeply cherishes. We look forward to working with him to further these values and deepen the vibrant relationship between Israel and North American Jewry, and continue our sacred work of building flourishing Jewish communities around the world.”