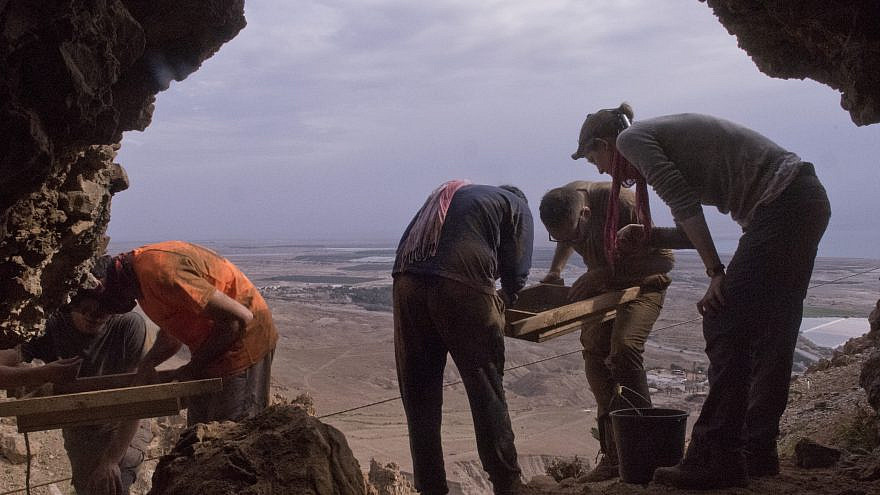 The scroll fragments are written in Greek and feature portions of the books of the Twelve Minor Prophets, including those of Zechariah and Nahum. They were retrieved from the Cave of Horror in the Judean Desert reserve’s Nahal Hever.

It’s the first time in almost 60 years that an archaeological excavation has uncovered fragments of a biblical scroll.

The parchment fragments were discovered as part of an operation launched by the Israel Antiquities Authority (IAA) in 2017 to prevent looting in the Judean Desert.

In addition to the scroll fragments, archeologists also uncovered a cache of rare coins from the days of Simon Bar-Kokhba that bear Jewish symbols; a 6,000-year-old partially mummified skeleton of a child, wrapped in cloth; and a large complete basket dating back 10,500 years, making it likely the oldest in the world.

IAA director Israel Hasson applauded the excavation team, saying, “The desert team showed exceptional courage, dedication and devotion to purpose, rappelling down to caves located between heaven and earth, digging and sifting through them, enduring thick and suffocating dust, and returning with gifts of immeasurable worth for mankind.”

The Dead Sea Scrolls include the earliest known copies of the biblical texts and are therefore considered the most important archaeological discovery of the 20th century.