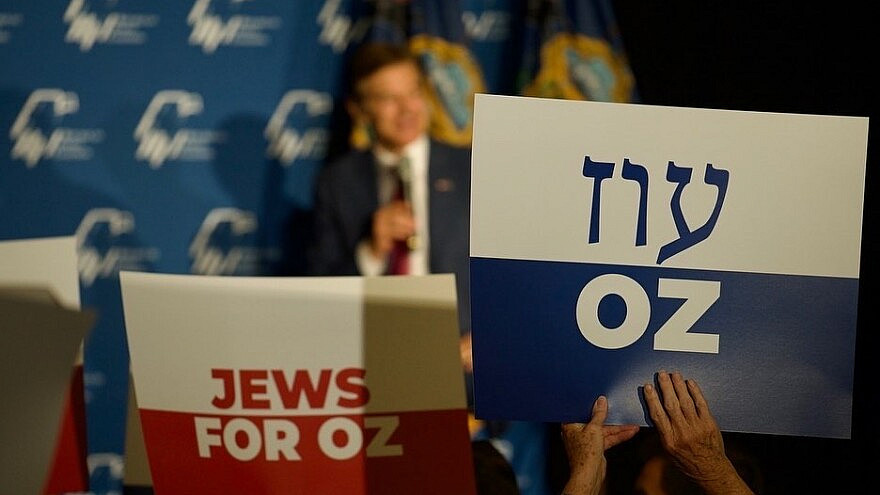 “I’ll bring balance to Washington, and John Fetterman? He’ll bring more extreme,” said Oz, Jewish Insider reported. The television personality’s race against Pennsylvania’s lieutenant governor has garnered an advertising expenditure of more than $3 million from the Republican Jewish Coalition, including ads that take aim at a 2013 incident in which Fetterman detained a black person with a shotgun.

Larry Kanterman, 90, of Pittsburgh, a lifelong Democrat and retired orthodontist who switched his party affiliation to Republican this year, told JNS that he will support Oz because he favors the candidate’s positions on Israel and appreciated that Oz “mentioned the danger of the Iran deal” in his late-October debate with Fetterman.

Jeanne Bair, 75, a retired Veterans Affairs counselor from Munhall, near Pittsburgh, said, “I don’t like Oz because he’s been accused of experimenting on animals. The other guy is kinda goofy lookin’ but we don’t elect people based on their looks.”