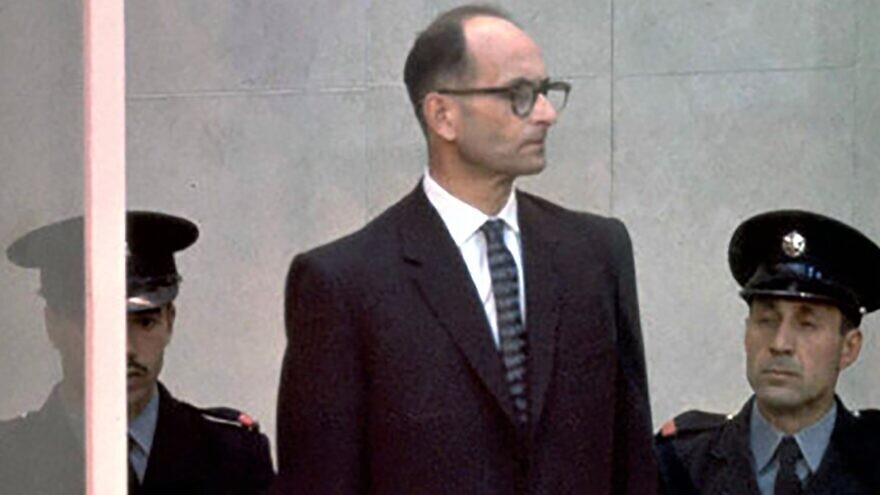 (August 25, 2021 / Israel Hayom) Sixty years after infamous Nazi war criminal Adolf Eichmann was captured by Mossad agents and brought to Israel for trial, a German media outlet has revealed, for the first time, the identity of the person believed to have turned Eichmann in.

The German newspaper Süddeutsche Zeitung ran a feature article this week describing the role German geologist Gerhard Klammer, who opposed the Nazi regime and who worked with Eichmann in Argentina, played in revealing Eichmann’s true identity to the Mossad.

According to the report, Klammer worked for the Capri building firm in the Argentinian province of Tucumán, where he met Eichmann, who was employed at the same company under the fictitious name “Ricardo Klement.” Eichmann reportedly revealed his true identity to Klammer in the 1950s, and Klammer made multiple anonymous attempts to alert authorities in both Germany and Argentina, hoping they would take action against Eichmann for his war crimes.

Associates of Klammer said that Eichmann’s true identity had been an “open secret” in the German community in Argentina and that supporters of the Nazis worked to protect him. But Klammer had opposed the Nazi regime and therefore sought to have Eichmann face trial.

In the 1960s the building company encountered financial difficulties and Eichmann left Tucumán to try and find work in Buenos Aires. At that time, Klammer returned to Germany, where he told a close friend—a priest who had served in the German army—where Eichmann was and the cover story he had adopted.

The two delivered the details of Eichmann’s false identity, as well as a picture of him, to Fritz Bauer, the prosecutor responsible for the Eichmann case. Bauer had already heard about Eichmann’s whereabouts from a German Jew whose daughter dated Eichmann’s son briefly.

The son told the man’s daughter about his father’s new secret identity, but many details were missing. Klammer’s evidence gave Bauer evidence that Eichmann was alive and in Argentina, and the prosecutor reached out to the Mossad, whose agents began searching for him, eventually locating him in a small town near the Argentine capital.