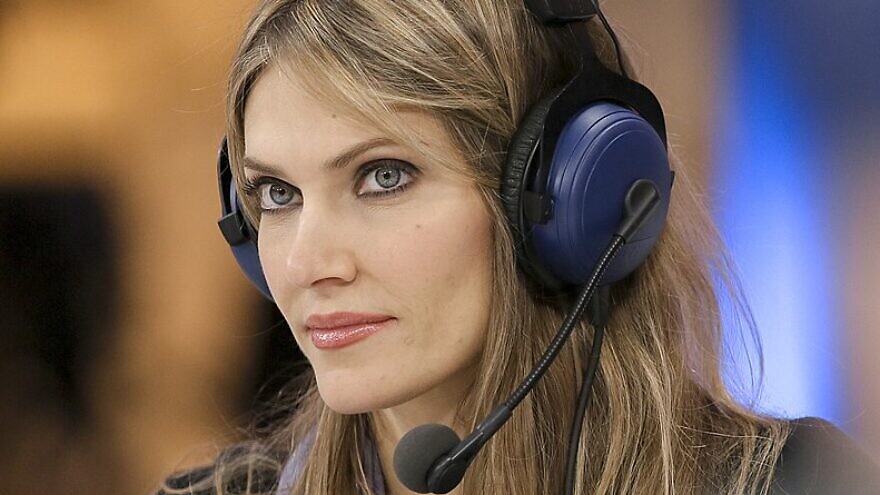 (December 11, 2022 / JNS) Eva Kaili, a European Parliament lawmaker and one of its 14 elected vice presidents, has been arrested, along with four others, in a bribery case involving Qatar. A suitcase of cash was found with her father upon his arrest, and bags of cash were found at her home.

Belgian prosecutors believe the country, which Belgian news outlets identified as Qatar, attempted to influence parliament with money or gifts.

Investigators suspected for several months that a Gulf state had been influencing economic and political decisions of the European Parliament, a Belgian federal prosecutor said in a statement.

Qatar is accused of targeting aides at the parliament. “This is done so by paying large sums of money or offering large gifts to third parties with a significant political and/or strategic position within the European Parliament,” the statement said.

Kaili has been suspended from the Socialists and Democrats Group of parliament and expelled from the Greek center-left Pasok (Panhellenic Socialist Movement) party.

The Socialists and Democrats Group said it had “zero tolerance” for corruption and supported the investigation.

The Qatari government denied it was involved. A Qatari government spokesperson told AFP, “We are not aware of any details of an investigation. Any claims of misconduct by the State of Qatar are gravely misinformed.”

The arrest took place on Dec. 9, designated by the U.N. and also marked by the European Parliament as International Anti-Corruption Day.