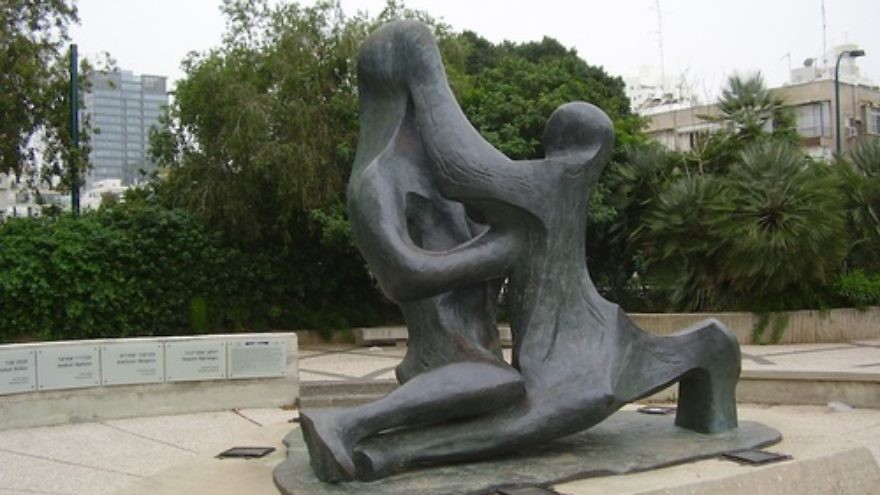 In the video, posted to the Facebook page of the Fatah Commission of Information and Culture on Jan. 22, the anniversary of Salameh’s death, the narrator tells viewers: “Ali ‎Hassan Salameh was characterized by his long arm, which reached ‎across all of Europe, and by high intelligence that enabled him to hunt ‎Mossad agents.”

The narrator goes on to state that “after he was appointed to command the special ‎operations [i.e., terror attacks] against the Israeli intelligence service in ‎the world, his name was connected to many quality operations, such as ‎sending explosive packages to many Mossad agents in Europe.”

Eight Palestinian belonging to the terror organization Black September, a secret ‎branch of Fatah, broke into the athletes’ village at the Munich Olympics on Sept. 5, ‎‎1972. The terrorists took Israeli athletes and coaches hostage in their rooms, ‎murdering two right away, ultimately murdering 11 when the German police tried but ‎failed to rescue the hostages and subdue the terrorists at an airport near Munich.

The video encourages other Palestinians to follow Salameh’s example, saying: “Salameh left a life story that turned him into a symbol of extraordinary ‎security activity. [This] was continued and is still being continued by his ‎students and those who love him, who view him as a beacon guiding ‎them on the path to liberation and return.”

Nan Jacques Zilberdik, senior analyst at Palestinian Media Watch, the research institute that uncovered the video, said, “The P.A./Fatah glorify the attack and honor the planners as heroes and role models—for them it remains a ‘quality operation.’ This is just one of the numerous indicators that the P.A. and Fatah still adhere to the path of terror.”

Nor is veneration of the Black September terrorists restricted to Fatah; as PMW reported earlier this year, the Student Union Council at Palestine Polytechnic University in Hebron gifted the institution with a gate named after Salah Khalaf “Abu Iyad”—the head of Black September, who was also involved in planning the Munich massacre.