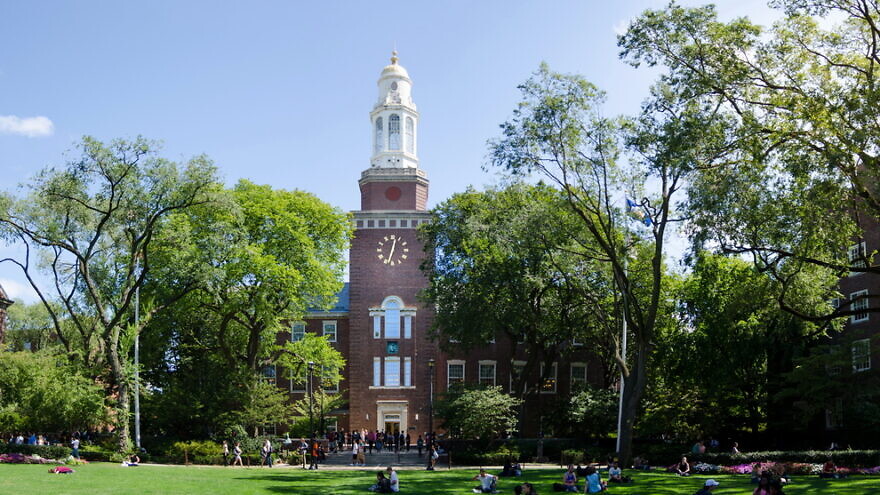 (February 3, 2022 / JNS) The U.S. Department of Education’s Office for Civil Rights has announced that it has opened a formal investigation into a complaint alleging Jewish students at Brooklyn College have been subjected to severe and persistent anti-Semitic harassment from both professors and peers.

The complaint—submitted by the Louis D. Brandeis Center for Human Rights Under Law on behalf of Jewish students in the school’s Mental Health Counseling master’s program—alleges that Brooklyn College has allowed a hostile environment to proliferate on its campus in violation of Title VI of the Civil Rights Act of 1964. It outlines how professors have maligned Jews on the basis of race and ethnic identity, advancing age-old anti-Semitic tropes concerning Jewish power, conspiracy and control, and endorsing the narrative that Jews are “white” and privileged, and therefore contribute to the systemic oppression of people of color.

“Fighting bigotry should not be a competition between minority groups; it’s not a zero-sum game,” said Denise Katz-Prober, director of legal initiatives at the Brandeis Center. “Yet, once again, in a university program for mental-health professionals, Jews are told they must identify as white, are called privileged and are accused of being oppressors. This runs completely counter to Jewish history.”

According to the complaint, “by advancing the racist and ethnic stereotype that all Jews are ‘white’ and ‘privileged’—and therefore oppress people of color—faculty members, students and course assignments in the [Mental Health Counseling] program invoke the classical anti-Semitic trope that Jews possess disproportionate power and influence in society, which they use for nefarious purposes against non-Jews, while also subjecting them to racial stereotypes about ‘whites.’”

The complaint documents several examples of harassment of Jewish students. For example, in a WhatsApp student group chat, a student expressed her desire to strangle a Jewish student and others showed support. When another Jewish student came to the victim’s defense, the person who made the attack accused the Jewish student of being racist, claiming they were “part of the dominant culture” of “white people” who “continue to perpetuate power structures.” Another example documented in the complaint detailed that when a Jewish student tried to explain to an administrator that Jews should not have to identify as white, the administrator told the student that was a foregone conclusion.

“I’m a Hispanic person of color. And yet even I was told by faculty and administrators in the program that because I am Jewish, I enjoy the privileges of whiteness and that my skin color would not save me. My identity as a Jewish person of color was invalidated and erased in this program,” a student, who wished to remain anonymous over the fear of retribution, told JNS. “I was then vilified and harassed for an identity that was imposed on me by others—that of a privileged white oppressor of people of color.”

While the OCR is legally obligated to evaluate all complaints it receives, it only pursues investigations into those it determines to warrant a more thorough investigation. A similar complaint has been filed by the Brandeis Center alleging anti-Semitism at Stanford University; it is being reviewed by the Equal Employment Opportunity Commission and the California Department of Fair Employment and Housing.