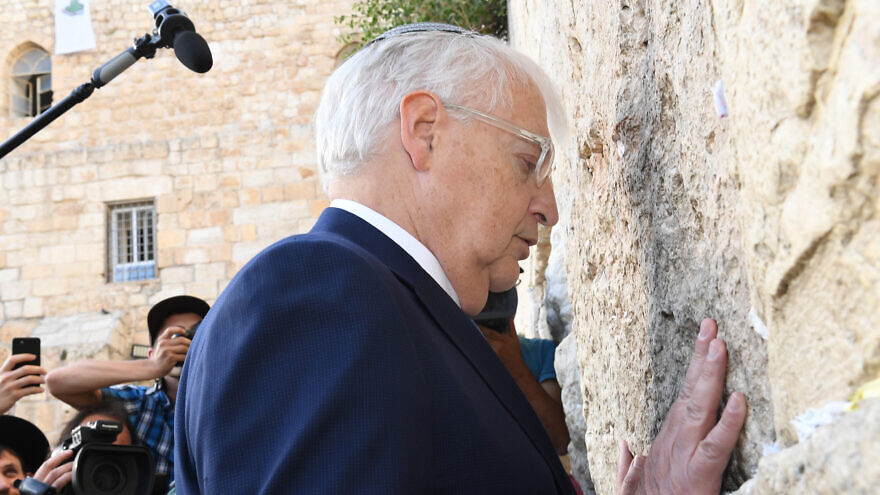 (February 3, 2022 / JNS) Former U.S. Ambassador to Israel David Friedman was warned by a U.S. State Department staffer in 2017 not to be “so Jewish,” Breitbart has revealed.

Friedman reportedly recounts the anti-Semitic episodes in his new book, Sledgehammer: How Breaking With the Past Brought Peace to the Middle East, set to be released on Feb. 8.

The book centers on how the White House under former President Donald Trump successfully achieved the Abraham Accords and a new era of peace in the region.

The excerpt from the book that was shared by Breitbart is as follows:

Word of my stubborn insistence on standing with our ally Israel had now circulated widely within the State Department. Another senior staffer decided to call me and offer the following advice: “Mr. Ambassador, don’t be so Jewish.”

“Don’t be so Jewish. You represent the United States of America. Tone down the Judaism in your work.”

Don’t be so Jewish.

I was furious. “Do you think I am under any disillusion as to who I represent? I’m not a politically correct person but I have to ask you, why do the laws of political correctness not apply to Jews?”

“Just a free word of advice.” Worth the price.

Friedman said the remarks were made ahead of Trump’s first visit to Israel in May 2017, when the White House was conflicted over whether to move the U.S. embassy from Tel Aviv to Jerusalem, its current site.

At that time, he helped arrange a visit for Trump to the Western Wall on that trip, making him the first sitting American president to do so.