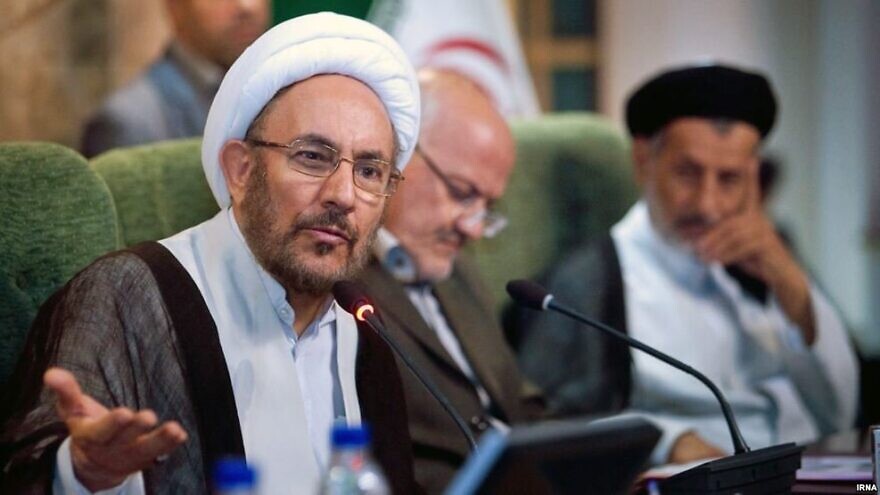 “The leaders of the country don’t show any interest in what’s best for the public and their lives, and the Mossad has succeeded, with enticements of influence and money, to penetrate the regime’s security bodies,” Ali Younesi said in an interview with the reformist Jamaran news website.

“Now the regime is busy persecuting people who are loyal to the country, particularly from the reformist camp, instead of detecting and detaining the infiltrators working on behalf of Israel. The regime established many intelligence agencies with overlapping tasks, for the purpose of weakening the intelligence ministry,” he said.

Younesi served under former reformist president Mohammad Khatami from December 2000 to August 2005, and was an adviser to former president Hassan Rouhani.

“Spy agencies can easily penetrate radical groups and organizations, because in these groups only radicalism matters,” Younesi continued. “Spy agencies pick the right radicals from among their own ranks or elsewhere and have them infiltrate other intelligence agencies. The more radical they are, the quicker they get promoted and reach the top echelon of the intelligence agencies.”

Claiming all Israeli infiltration took place after he left the intelligence ministry in 2005, Younesi suggested Iran should remove sycophants and radicals, who he claimed were the most likely to be lured by foreign intelligence agencies.

Ahmadinejad even alleged that officials within Iran’s intelligence agencies sought to cover the tracks of the assassins of Iranian nuclear scientists, including the head of the Islamic Republic’s nuclear program, Mohsen Fakhrizadeh.

The former Iranian president, who had recently been disqualified from running for re-election in Iran’s presidential election, which resulted in victory for hard-liner Ebrahim Raisi, alleged that “a massive Israeli operation used a corrupt gang of security personnel in the upper echelons of the national intelligence apparatus.”