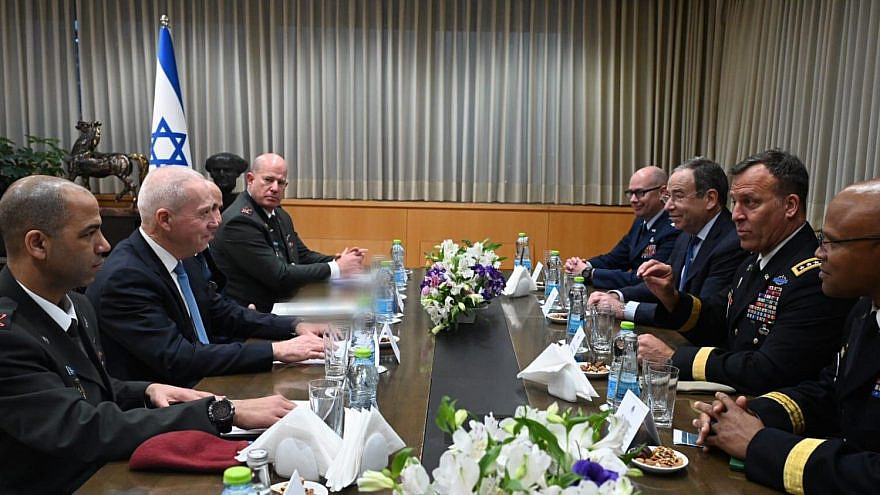 During the meeting, Gallant emphasized the unique and powerful bond between Israel and the United States, and the importance of deepening defense and technological cooperation between the countries. He also commended the “great value” that the CENTCOM military framework provides to multilateral defense coordination in the Middle East, which he said contributed directly to regional security and stability.

Gallant expressed his commitment to ensuring ongoing dialogue and further expanding cooperation, especially as it relates to exchanges “in the face of Iranian and proxy attacks on sovereign nations.”

Gen. Kurilla was last in Israel in November, which was his fourth visit to the country since taking up his position in April.

Israel officially moved into CENTCOM’s area of responsibility on Sept. 1, 2021, taking over from the European Command (EUCOM) in a transfer announced during the final days of the Trump administration.

Despite its location in the Middle East, Israel had been part of EUCOM for several decades, largely to avoid any friction between Israel and Arab militaries. However, with deepening ties between Israel and several Arab countries, coupled with growing threats from Iran, a need for better coordination between Israeli and American forces in the region was deemed necessary.