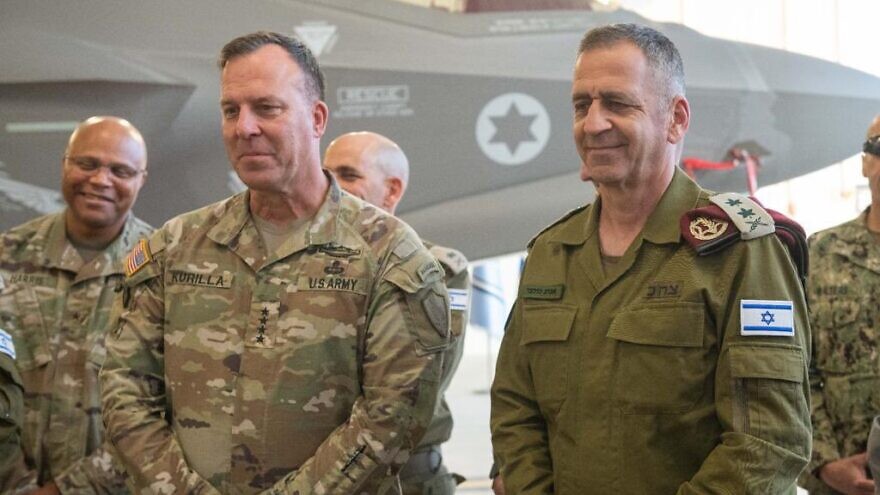 (November 16, 2022 / JNS) The Commander of the United States Central Command, Gen. Michael Kurilla, arrived in Israel on Tuesday for his fourth visit to the country since taking up his position in April.

Kurilla began his visit with a tour of the Rosh HaNikra border post on the Israeli-Lebanese border, accompanied by Israel Defense Forces Northern Command chief Maj. Gen. Ori Gordin. Gordin briefed him on the challenges of the Lebanese front, the activities of Hezbollah,  including its “cynical exploitation of Lebanese civilians, and the strategic importance of maintaining security along Israel’s maritime border with Lebanon,” the IDF said in a statement.

He was briefed on past operations and future joint efforts planned in the various arenas, according to the IDF.

“I would like to express my great appreciation for our close cooperation with the U.S. Armed Forces,” said Kochavi during a meeting with Kurilla. “Our mutual commitment is demonstrated on a weekly basis. We are operating together on all fronts to gather intelligence, neutralize threats, and prepare for various scenarios in either one or multiple arenas.”

Joint training and development had been accelerated in the face of rising threats in the Middle East, the Iranian regime in particular, said Kochavi.