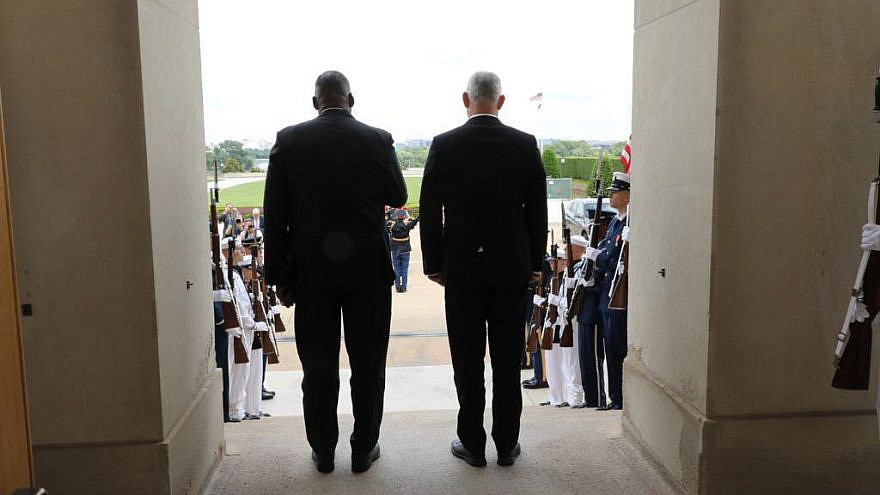 The defense ministers “discussed regional developments, including the need to stop the Iranian nuclear program from advancing and U.S. withdrawal from Afghanistan,” added the statement.

“Minister Gantz also thanked Secretary Austin for the continued support of the U.S. administration and the Pentagon for the processes to equip Israel with the means necessary to defend itself and its citizens,” it said.

Gantz conducted a brief but intensive visit this summer to the United States, where he helped secure a restock of $1 billion worth of Iron Dome interceptors, weeks after Israel and Hamas in the Gaza Strip fought an 11-day conflict that saw Palestinian terror factions firing more than 4,000 rockets at Israeli population centers.

The Iron Dome air-defense system intercepted some 90 percent of projectiles heading into built-up areas, according to Israeli military assessments.

Under an Israeli-American ten-year MOU signed in 2018, the United States contributes $500 million a year towards Israel’s multi-layered defense systems.