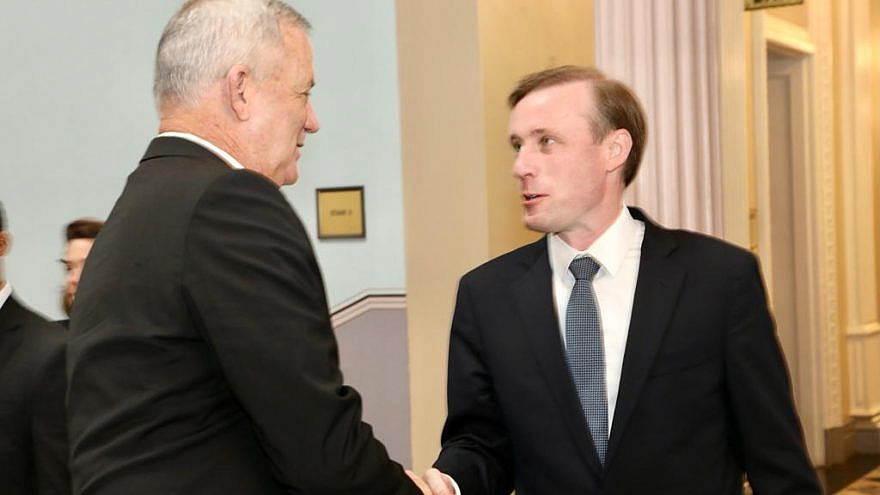 Gantz met with National Security Advisor Jake Sullivan where the two discussed recent developments and continued consultations between the United States and Israel, according to a readout from National Security Council spokesperson Emily Horne.

It stated that Sullivan reaffirmed U.S. President Joe Biden’s “unwavering” support for Israel’s right to defend itself and his commitment to all aspects of the U.S.-Israel security partnership, including the Iron Dome air-defense system.

They also spoke about Gaza, with Sullivan highlighting the importance of ensuring that immediate humanitarian aid is able to reach Gaza residents. The two also spoke about both countries’ determination to counter the threat to the region posed by Iran’s behavior.

The same topics were covered in the meeting with Blinken, continuing the conversations they had last week when Blinken visited Israel following its 11-day conflict with Hamas and Palestinian Islamic Jihad in Gaza.

“I’m looking forward to discuss, as we have discussed before, the challenges that we have with Iran, with the Palestinians,” Gantz said to Blinken before the meeting. “As far as Gaza concerned, we do look for stability and prosperity for everybody. And as defense minister, I think the combination between moving forward with construction and making sure that everything stays secure; it’s very important for me.” 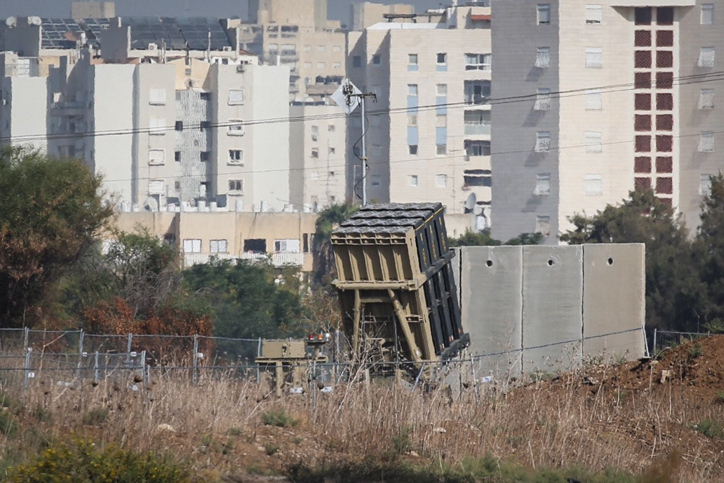 The day before Gantz arrived in the United States, a bipartisan group of 55 members of the U.S. House of Representatives, led by Florida Democrat Rep. Josh Gottheimer, wrote a letter to Austin, expressing their support for the United States replenishing Israel’s stock of Iron Dome interceptors, adding that its 90 percent interception of incoming rockets fired by the Hamas terrorists in Gaza, saved the lives of countless civilians in Israel and Gaza.

“As members of Congress who are deeply committed to Israel’s security, we write to express our strong support for the Biden administration’s ironclad commitment to Israel’s safety and security, including replenishing Israel’s stock of interceptors for the Iron Dome missile-defense system and other important matters,” wrote the members. “We must ensure that the Iron Dome remains able to protect Israel without running the risk that its stockpile of interceptors becomes depleted. Israel must always have the resources it needs to defend itself from incoming rockets when it is targeted again.”

After the 2014 conflict between Israel and Hamas, Congress passed the “Emergency Supplemental Appropriations Resolution” which provided $225 million to replenish the interceptors and under the current “U.S.-Israel Memorandum of Understanding (MOU),” the United States provides Israel $3.8 billion a year in military assistance from 2019 until 2028, including $500 million annually for missile defense. The MOU also provides for additional U.S. support that may be agreed upon following a conflict.

Recently, Biden pledged to help Israel replenish its Iron Dome interceptor stockpiles, but the letter is meant to signal broad bipartisan support especially by Democrats, who have felt that the pro-Israel majority of their party is being overshadowed by a focus on a small, vocal minority of progressive Democrats, including members of “the Squad,” who have called for conditioning of aid to Israel and called Israel an apartheid state on the floor of the U.S. House of Representatives.

“Please know that Congress stands with the administration in its commitment to ensuring Israel’s security and capability to defend itself from any attack,” the members wrote.