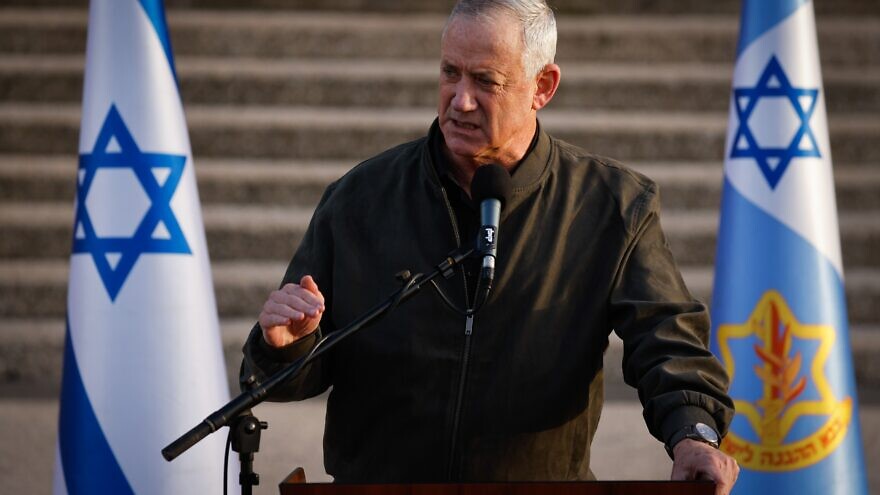 (October 6, 2022 / JNS) Israeli Defense Minister Benny Gantz on Thursday ordered IDF troops to prepare for “any scenario” on the northern border after a proposed maritime frontier demarcation accord with Hezbollah-controlled Lebanon appeared to have hit a dead end.

Gantz held a situation assessment attended by the IDF chief of staff and other security officials, and then instructed the military to increase its readiness for offensive and defensive actions should the enemy attack in the northern arena.

On Tuesday, Beirut turned down the draft text and sent U.S. officials “amendments,” prompting a U.S. official to tell Israeli media the suggested modifications did not include a “poison pill” that should torpedo the initiative.

Nevertheless, Lapid, who had voiced approval for the U.S. “final” draft agreement, instructed Israeli negotiators who are in touch with United States mediator Amos Hochstein to oppose the modifications demanded by Lebanon.

The deal would reportedly draw a border between the two countries’ exclusive economic zones (EEZs) based on a boundary known as Line 23, and award a disputed area of around 840 square kilometers (324 square miles) to Lebanon, while recognizing Israel’s claim to royalties from the section of the Qana gas field that extends into Israel’s EEZ.

The development follows revelations that Ehud Adiri, Jerusalem’s lead negotiator in the U.S.-mediated talks with Beirut, quit last week due to disagreements with the Prime Minister’s Office over how the process was being handled.

“Yair Lapid shamefully surrendered to [Hezbollah chief Hassan] Nasrallah’s threats,” Netanyahu stated, adding: “He is giving Hezbollah sovereign territory of the State of Israel with a huge gas reservoir that belongs to you, the citizens of Israel.”

In response, Lapid tweeted that in the prospective deal “Israel receives 100% of its security needs, 100% of the Karish [gas] reservoir and even some of the earnings from the Lebanese reservoir.”

Israel recently set up a rig at Karish, which is in its EEZ and where gas was set to begin flowing in September but was delayed in order to give the talks more time.

Nasrallah has repeatedly threatened war unless Lebanese demands are met.